Tim Glasby has pinpointed the phone call that changed his life as he prepares to make it three wins from three for the Queensland Maroons in his State of Origin career.

The Melbourne Storm forward, who will come off the bench in game three of the Holden State of Origin series, was a key figure in the Maroons series victory in 2017 and came from the clouds to win selection in the team for game two.

Glasby, who was working as a financial planner in Rockhampton in 2012 after several seasons with the CQ Capras where he was player of the year three seasons in a row, was content with his lot when a call came through.

"When I was at the Capras I was settled in Rockhampton and working for a financial planning firm up there," Glasby told NRL.com.

"Paul Bunn, who is the recruitment chief at the Storm, called me at work and it came through on the landline.

"He asked if I'd be interested to go to Melbourne and I was excited at the opportunity but I said I wanted to make sure it was a full-time gig and not just a pre-season.

"I'd looked at doing that for the Broncos in the past but I couldn't do it because I had a good job, but when he said it was full-time I was super excited and jumped at it ... but never thought Origin was on the horizon."

Looking back, Glasby said Rabbitohs coach Anthony Seibold - who had coached Mackay and was development coach at the Storm at the time - had told Bunn about him.

The transformation from state league player to Origin player has been a reflection of the influence of Storm coach Craig Bellamy and the senior players at Melbourne.

"The standards that are set and you are required to stick to are very high and if you can learn to do that you will go a long way," Glasby said.

As a disciplined person away from the rugby league field, Glasby was a man for the times.

"I think I was a good fit for that system and I think for me to get to the level I have it was about doing what I always have and working hard on the little things in my game," he said.

"I am sad to be leaving Melbourne because they have been a huge part of my development as a player and I am very grateful for that but I am excited about the next challenge coming up at Newcastle."

Glasby said the challenge on Wednesday on a personal level was immense and that no-one could take their spot for granted.

"There's nothing given here, there never is," Glasby said.

"Joe Ofahengaue has been close this year and there's a couple of other young guys knocking on the door who with another year of experience will be looking really good too. Welchy [Christian Welch] at the Storm came into camp the last game and would have got a lot out of that experience.

"There is some good young forwards coming through and you have to be playing well. There is a long time between now and next series so the guys who will be performing, those are the guys who will get the nod."

Sending out his Storm clubmate and Maroons captain Billy Slater in his final game for Queensland remains a priority for Glasby, who said the Queensland legend deserved to finish his club career on his own terms.

"Billy has been such a great player for such a long time and I just want him to do whatever he wants to do and if that's [to] go around again, great," Glasby said.

"If he wants to retire, then fantastic as well, he has had an amazing career and everyone is really proud of what he has done. I just want what makes him happy." 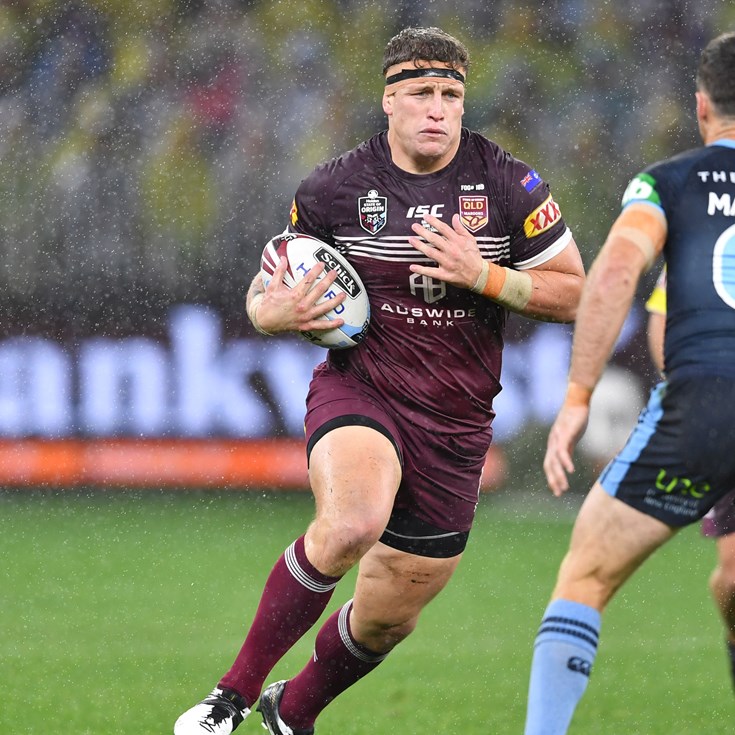 I was happy just to be a Capra: Glasby