Maroons coach Kevin Walters has confirmed the jersey numbers for Game Two of the Holden State of Origin series in Sydney.

Kalyn Ponga will debut in the No.14 jersey, while Billy Slater returns at fullback after missing the opening game due to a hamstring injury.

They are the only (1-17) changes from Game One, with Walters and the QRL today submitting the line-up to the official Big League match-day publication as part of NRL guidelines.

The Maroons held their first field session this morning on the Gold Coast.

In an encouraging sign, prop Dylan Napa ran freely and completed most of the opposed session against the XXXX Queensland Residents.

Walters was buoyed by the sight of Napa getting through his work and will now "see how he pulls up".

Another field session against the Residents team is scheduled for tomorrow. 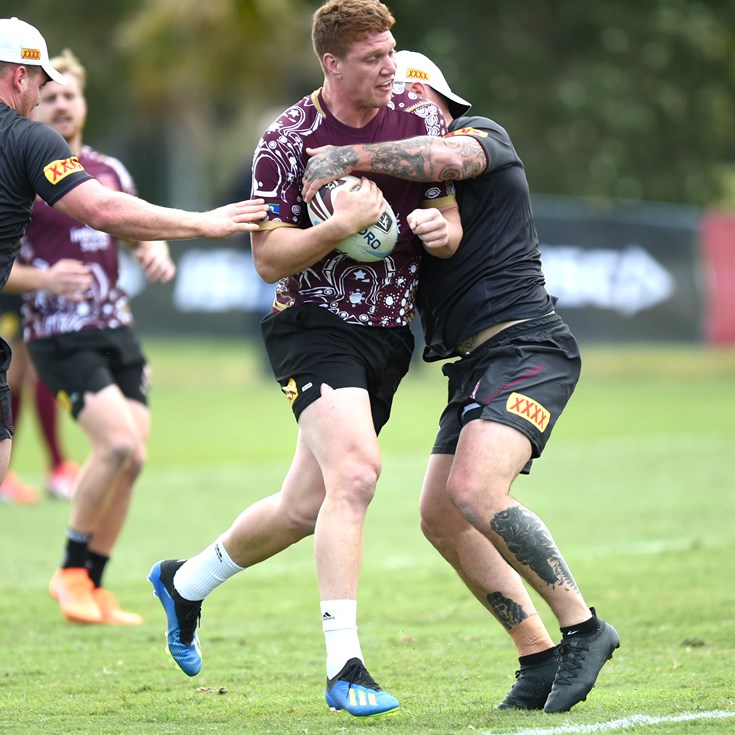