Ipswich has ambushed competition heavies Redcliffe for the second time this season, keeping their finals dreams alive with a euphoric 15-14 win at Dolphin Stadium.

It was a match that will be remembered for a 79th minute field goal by Sam Caslick and a heart-stopping footrace between two of the competition's premier entertainers Michael Purcell and Jonus Pearson.

With only four more rounds left to play after this weekend, the Dolphins went in to the Round 20 contest with a target painted on them.

Ipswich were one of six teams jostling for the all-important sixth place on the ladder – the cut-off for finals positions in the Intrust Super Cup.

The Jets looked destined to unsettle the Dolphins for the second time this season, scoring first when Marmin Barba received an audacious pass from Ben White to score his 66th career try.

Barba converted his own try and the Jets led 6-0 with the Dolphins struggling to contain Ipswich's array of nippy players, especially hooker Jayden Connors and fullback Michael Purcell.

However, second-place Redcliffe wrestled back the ascendancy in the 10 minutes before halftime, dotting down in quick succession with converted tries to Bryce Donovan and Tom Opacic, plus a penalty to Kotoni Staggs.

The halftime advantage of 14-8 looked like it may stretch out even further when Broncos-contracted winger Pearson attempted a gravity-defying Superman jump to plant the ball across the tryline.

Under the attention of the defence, Pearson had his whole body – save aside the hand holding the ball – outside the field of play.

The remarkable effort was awarded a try by the on-field referee, but then denied on review for grazing the touch-in-goal line.

It was the first of two particular moments that were destined for the highlights reel, the second coming when Pearson burned the outside defence and had only Purcell in front of him.

Both at full throttle, the two athletic talents came together in a collision that saw Purcell heroically drag the flying Dolphin into touch by the narrowest of margins.

Never to be shunted to the limelight, Marmin Barba levelled the game with another piece of stunning play, touching down to lock the game up 14-all in the 71st minute.

His try took him to level-pegging with Ipswich's all-time try-scorer in the Intrust Super Cup, Donald Malone.

The Jets had several opportunities at the death to pot a field goal, ignoring the first chance, pushing the second chance slightly to the left, then nailing the third when Wes Conlon was forced to switch the ball back across the ruck to Caslick.

It was Caslick's second match-winning field goal for the season, coming after a Round 7 match-winner against the Sunshine Coast Falcons, meaning the Intrust Super Cup has still not had a draw in 2018.

Next week Redcliffe hosts Mackay on Saturday, and the Jets play host to Sunshine Coast the same day. 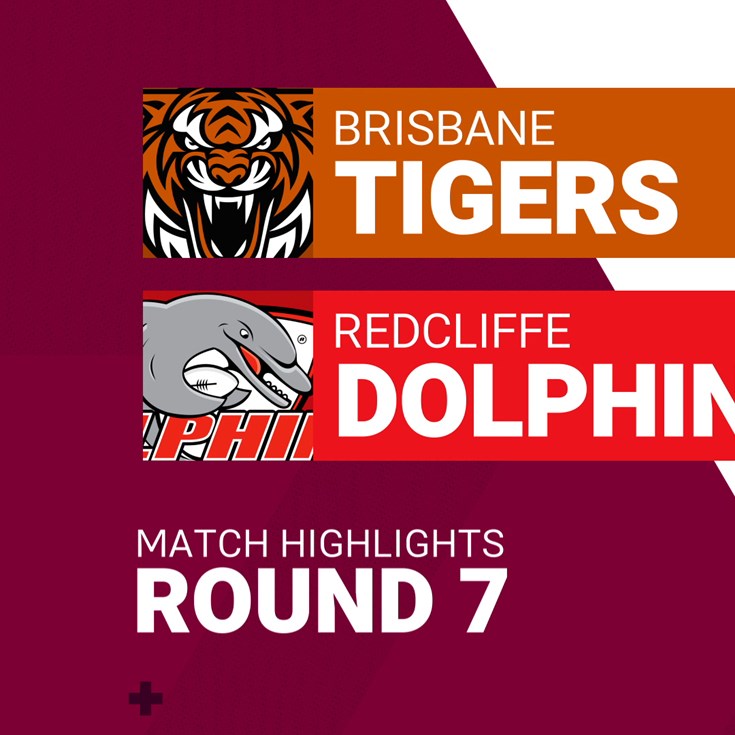