The PNG Hunters are gearing up to play in their last home game at the National Football Stadium this weekend and will take in the support of their diehard fans as they face off against Wynnum Manly.

It has not been an easy season so far for the defending premiers who are in a tough fight to keep their place in the top six.

Following Round 22 last weekend, the Hunters are currently just two points ahead of the seventh-placed side the Ipswich Jets; but have acquired 26 competition points – on par with the fifth-placed Easts Tigers.

Hunters coach Michael Marum said this weekend’s upcoming match up against the Seagulls was crucial for his side.

He also said it being the last home game for his side and their fans would add to the occasion.

“It’s the last home game for the players to perform in front of their home fans; some of them might not play again at home (as some) may decide to move on, so it’s their last chance to run with the Hunters colours in the NFS.”

After battling their way up into the top six following their Round 21 win over Souths Logan, and keeping their place with a hard-fought victory over Tweed Heads last weekend, Marum gave credit to his forward pack for their hard work.

They were able to set the platform for the Hunters backline to attack.

Despite some injury concerns; half Watson Boas has been one of the most consistent players for the Hunters this year.

“I was struggling with niggling injuries, but it should be good,” he said when asked about playing his last home game of the regular season.

He was also hopeful his side had turned their inconsistent form from earlier in the season around and were on track to play finals football.

“(This year) we struggled to pick up our game midway through the season; but I think we have picked up well and we will make it to the finals,” he said.

However, despite their position on the ladder; the Wynnum Manly Seagulls side will be tough to be as they have found form in recent weeks.

They also contain a number of talent players, including the Brisbane Broncos contracted forward Pat Carrigan and Salesi Funaki, with both having been named to travel to Port Moresby to play in Sunday’s important game. 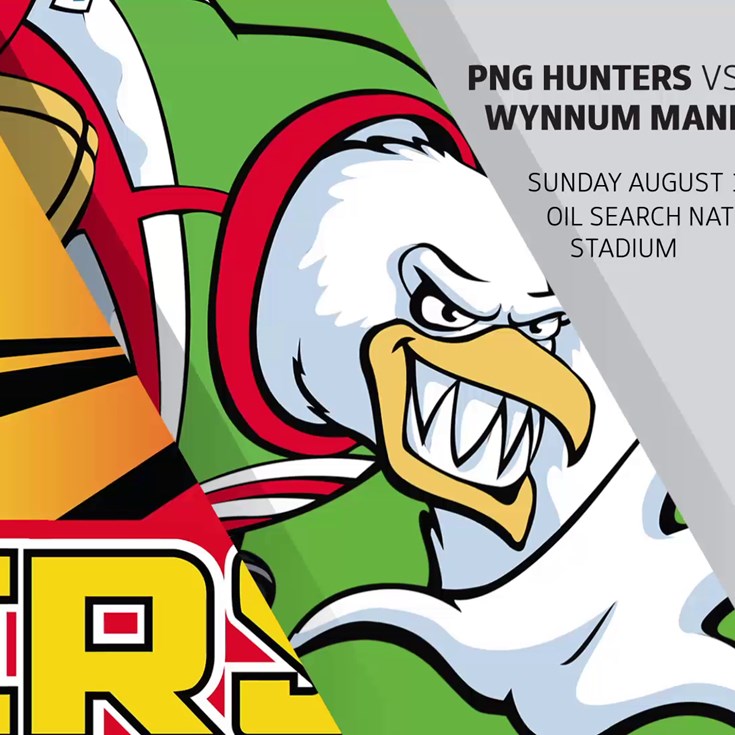