He'll go down as one of the greats of rugby league, so ahead of Johnathan Thurston's final NRL game we reflect on 10 of the Cowboys legend's greatest moments.

Thurston cemented his legacy when he slotted the match-winning field goal in extra time against old rivals Brisbane to give the Cowboys their first premiership. He'd already won the Dally M Medal that year – his fourth – and added a Clive Churchill Medal after guiding his side to glory.

Thurston suffered what turned out be a season-ending shoulder injury in the first half of the match, but played on in a crucial Origin clash. It would be Thurston's last game for Queensland and he went out in typical fashion, kicking the match-winning goal from out wide to break the hearts of New South Wales.

After the Cowboys started the season with three straight losses, 1300SMILES Stadium looked depressingly empty on Monday afternoon. The fans who did attend were in for a special treat. Trailing 16-4 at the break the Cowboys' season could have been all but over, if not for the never-say-die attitude of a halfback scouts once deemed too small to play rugby league. The Cowboys drew within three points of the Storm with two and a half minutes left, and Thurston slotted the conversion from the sideline. With 40 second left the halfback iced a field goal from 25 metres out to send the game into extra time. Thurston stepped up in golden point to nail another field goal from the same spot, starting what would become an 11-game winning streak for the Cowboys in a brilliant individual performance.

At 10-10 with 14 minutes left, Thurston's game sense shone through. A late switch to the short side caught tired New South Wales forwards out of position, with Thurston sending Billy Slater over for the crucial try. It capped a brilliant Origin series for Thurston, who earned the Wally Lewis Medal for player of the series.

Kimmorley's call for JT to play on

At the end of a tight first half the Cowboys were leading 16-12 courtesy of three Thurston try assists. In the second North Queensland ran away with it with two quick tries. The Cowboys halfback didn't give Melbourne an opportunity to come back, setting up his old partner in crime Gavin Cooper for the final try of the night to cement a 20-point victory.

If the 2006 Tri-Nations Final was Thurston's entry to the international stage, the 2013 Rugby League World Cup established him as one of the greatest ever to play the game. In a side featuring the likes of Cooper Cronk, Billy Slater, Cameron Smith, Paul Gallen, and Jarryd Hayne all at the peak of their powers, Thurston set up Australia's first try and created two line breaks that led to tries. He also nailed seven goals from seven attempts to help Australia bury New Zealand 34-2 and claim man-of-the-match honours.

Almost 12 months on from the epic 2015 grand final, the Broncos had a shot to get one back on the Cowboys. The lead switched hands several times before Brisbane held a two-point lead in the 78th minute. A penalty goal levelled the scores and sent the game to extra-time. The only try in the additional 10 minutes came from a vintage Thurston show and go, with the halfback hitting a gap and flicking it out the back to Michael Morgan, who scored the game-winner.

Having a laugh at JT

A perfect night with the boot from Thurston forced the 2006 Tri-Nations final into golden point extra time, and six minutes in Thurston threw his classic show and go before finding Darren Lockyer who scored the match-winning try. Thurston's performance cemented himself as the Australian halfback, having competed with Ben Hornby throughout the series to play in the number seven jersey.

Coming off the bench as 18th man for injured Bulldogs captain Steve Price, Johnathan Thurston didn't have a particularly remarkable game, but he did show his class at just 21 years of age. Thurston famously gave his premiership ring to his captain, not earning another one for 11 years.

While the big moment of Origin III, 2006 will always belong to Darren Lockyer, it was Thurston's show and go that put the Maroons within striking distance. Deep in Queensland's own end, Thurston went through the line before finding Brent Tate who scored an iconic Origin try. It was a small moment in a large game, but with Queensland facing down the barrel of four straight Origin series defeats, the pressure couldn't get any higher. 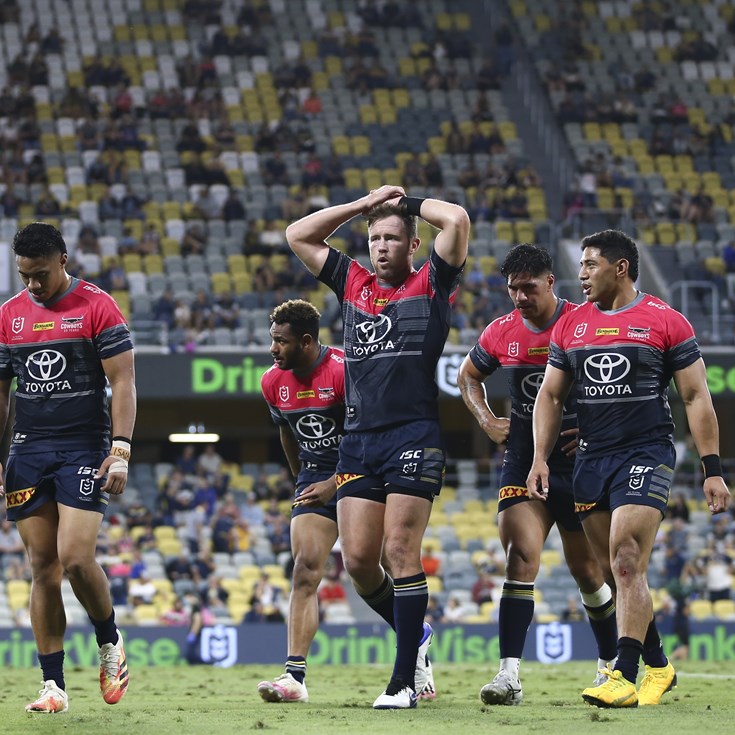