As September dawns and the on-field focus shifts to semi-finals across the state, there are those who work tirelessly every day to ensure the off-field wellbeing of the entire rugby league community.

Trish Walding is the Wellbeing and Education Operations Manager for the South East Division (Region) and has been one of the pioneers in the field across the state.

>> This is the first feature from the QRL Correspondent Regional / Division Leads outlining the role of the Wellbeing and Education Operations Managers. Keep an eye on QRL.com.au to read more about the other Division (Region) Wellbeing Managers

Walding spent almost three years based in the Central Division (Region) as the first member of staff on the QRL to be employed fulltime in the role; and her success led to the QRL expanding the program state-wide.

Now, in addition to the Central and South East; Northern Division (Region) also has a Wellbeing and Education Operations Managers of their own.

As a society, more importance is being placed on the health and wellbeing of people on a mental and emotional level, and people like Walding are leading that charge in rugby league.

"It's about helping create better people, not just better players," she said. "That's I guess what our focus is.

"It's helping people understand where the help is, how to reach the help and that there is always a right time to ask for it.

"I genuinely care about good people making good choices and doing good things with their lives.

Walding said her role could be split into four essential components;

"I guess our whole ideology of wellbeing and education is that people coming to play rugby league understand that there is a high importance placed on the off-field stuff," she said.

"For it to not be a surprise to people anymore and it's a normal part of it."

>> More information about the QRL Wellbeing and Education programs

Some of Walding's biggest achievements in the Wellbeing and Education role were relationships forged during her time in the Central Division (Region).

Since 2016, the Central Division has partnered with RizeUp Australia, a community group working to raise awareness and educate about the prevalence of domestic violence as well as provide support and assistance to those in need.

RizeUp Round, which started in Central and was this year picked up across the state, has seen the Queensland Rugby League community join together to make significant donations to help families suffering from domestic violence.

In September 2017, the Central Division announced a new charity partnership with ALIVE, an organisation committed to innovative solutions and services to end youth suicide and deliver sustainable wellbeing and resilience initiatives throughout Australia.

Walding was the driving force behind both of these initiatives and said they were her proudest achievements so far.

"I think the Central Division has really been the catalyst for the role and the way it has evolved (and) the way it looks now for the whole state," she said.

"It went from being quite a 'normal' role in the Central Division to being a huge one, and I feel like it will continue to grow like that in the South East as well."

Born in Australia, Walding moved to New Zealand when she was two-years-old and didn't move back to Australia until after finishing university. She has worked in rugby league ever since in various roles and is now only a few weeks away from giving birth to her first child with husband Cass.

South East are close to appointing a new person into the role while she is on parental leave and when she does return; she has her sights set on furthering the work she has already started.

Walding is especially hoping to work collaboratively with more community partners to help get the message of wellbeing across all areas of rugby league.

"I'd really like to get in place a partnership with a mental health organisation specific for rugby league," she said.

"(A place) where we have a referral system in place for our young athletes where they know that they have a person they can call upon and they aren't necessarily struggling and being put on a waiting list with everyone else in society.

"They can have a direct call number that is like a rugby league specific sort of service for grassroots.

"I would like to see that in a sort of five-year plan, specifically for our Under 16s and Under 18s representative players who are putting a lot of their life into rugby league; who are still facing the normal societal issues that that age bracket deals with." 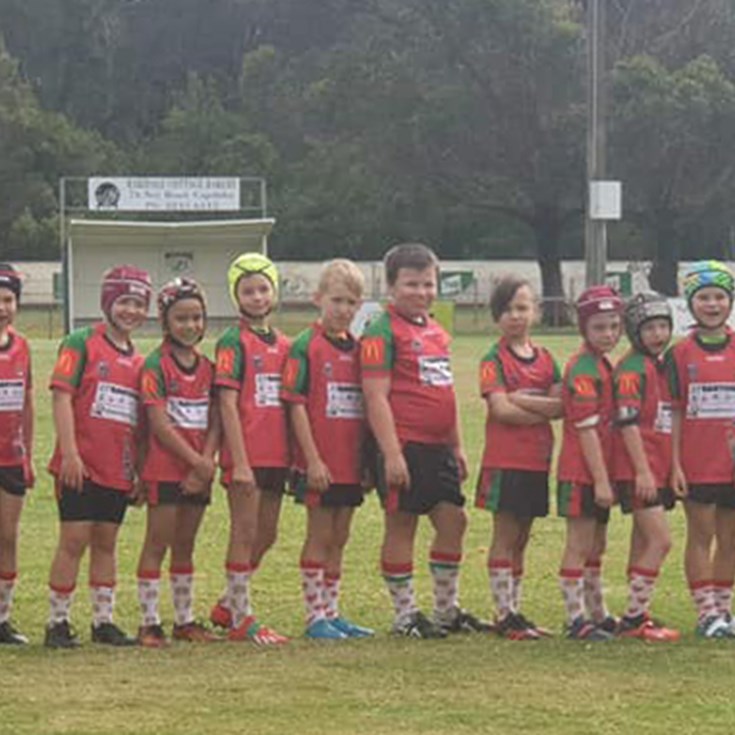