Bush footy legend Mitch Wyatte will this weekend play in his 13th grand final of the past 15 seasons – and reckons he's got another 10 years to go!

Remarkably, the only years he hasn't featured in a decider – 2005 and 2013 – he was playing Intrust Super Cup or his team was knocked out in the semis.

A well-respected player in his time playing Intrust Super Cup with the Central Queensland Capras (then named Comets), Wyatte comes from the small mining town of Tieri, population 1,100.

"If he wanted to, I dare say he could have played a lot more Intrust Super Cup, but he works in the mines and has a family, so he has to balance priorities."

This Saturday he will trot out for Bluff against Blackwater Crushers.

A win would mark his seventh premiership.

"I grew up around footy and my old man Ross Wyatte played a fair bit of A Grade down in Ipswich," Wyatte jnr said.

"I've got four kids, including two sons, and I keep asking them 'Should I hang up my boots?' and they say 'Nah, keep going'.

"I like to keep fit and I sort of had it in my mind to keep going until I can play alongside them, which would be 43 by my calculations."

As well as running around again this year with Bluff, Wyatte has been coaching the Peak Downs Pirates Under 8s, in which one of his sons plays.

Wyatte himself had seven seasons wearing the Pirates uniform until the club disbanded at the end of 2013.

On the opposing team for Blackwater is Jai Ingram, formerly contracted to the Cowboys, Gold Coast Titans and Melbourne Storm.

Ingram played for the Titans in the 2015 NRL Auckland Nines.

Regardless of the result it will be a fairy tale for one of the protagonists.

Ingram, 26, last year said he was retiring from all football after breaking his ankle playing for the Hervey Bay Seagulls.

"My body just isn't up to it anymore," he said at the time.

However, he has returned successfully for Blackwater in 2018, with the Crushers losing just two games – both to Bluff – including a 30-14 defeat in the major semi a fortnight ago.

Saturday's final will be held at Macca's Oval, Bluff, beginning with junior games at 9am and featuring the women's grand final between Blackwater and Emerald Cowboys at 5.15pm. 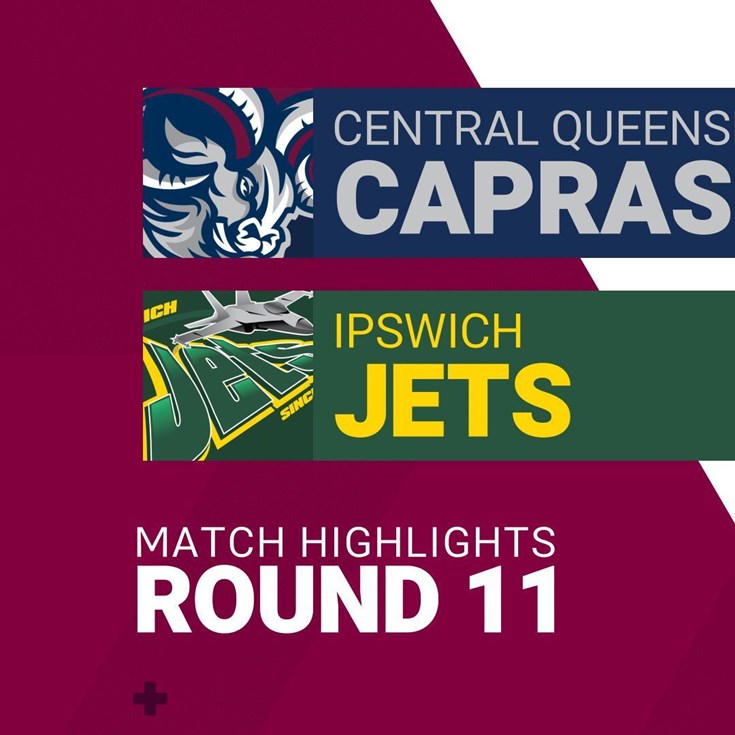