The CQ Capras head west to Emerald this Saturday for their Round 6 Intrust Super Cup clash against Papua New Guinea.

It’s a huge occasion for the Central Queensland-based club; with the game being their 500th since the competition’s inception in 1996.

It’s no doubt a big deal for the Capras to celebrate such a milestone, however, the impact of the game being played in the Central Highlands will be even greater.

Emerald, situated 275 kilometres west of Rockhampton, was recently dubbed the ‘suicide capital’ of Australia, with 18 people taking their own life in the past 12 months.

This, combined with the recent financial hardship that some of our farmers have endured due to the crippling drought, has made things tough these past few months in the local area.

However; despite the recent tragedies, the vibrant township of approximately 14,000 are positive and upbeat for the future, and events like this upcoming Saturday are hoping to unite and bring the community closer together.

Recently, the Central Highlands Rugby League approached several resource companies to partner with the event so the gates could be open for free as a give-back to the community – and quite happily, they have enthusiastically agreed.

Thanks to the support of Nu-Tank, Coronado Curragh, Jellinbah Mine, Kestrel Coal Resources, Ensham Resources, Sojitz Minerva Mine, Hastings Deering, The Irish Village and Central Highlands Regional Council; the day will be free to attend.

There will also be fireworks and plenty of entertainment on and off the field to lift the community’s spirit and morale.

It's not long now till CQ Capras v PNG Hunters!

Central Highlands Healthcare in association with other agencies has developed the service to respond to some of the needs that have emerged.

The focus is not just on mental health, but on youth health and wellbeing overall.

The free gate has allowed the League to offer attendees to make a gold-coin donation to #BIGRURAL on their way through the gates, as well as having #BIGRURAL volunteers provide more information about the service that is helping Emerald get back on track.

This weekend’s Intrust Super Cup clash further shows how the game of rugby league can make a difference to a local community, especially during these trying times in the region.

The buzz and excitement around the local area is electrifying and infectious, and whilst for some people, this Saturday’s clash might just be a regular game of footy between the Capras and Hunters, for the people of the Central Highlands, this is more than just a game.

It’s a chance to unite the region and bring the community closer together.

*If you or someone you know needs immediate crisis or suicide prevention support, please call Lifeline on 13 11 14 or visit their website. 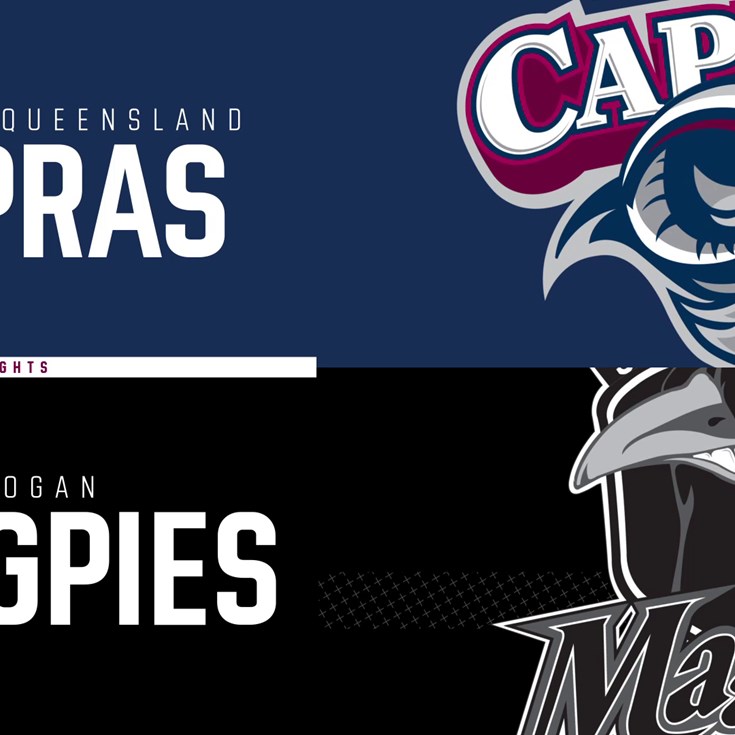 Happy 500th to the Capras from Cameron Munster