A 21-year-old bone of contention featuring Queensland State of Origin representative Adam Mogg has risen to the surface ahead of Sunday's Intrust Super Cup grand final.

Speaking at the grand final launch, former Maroon Mogg appeared as coach of the Redcliffe Dolphins, while his opposite man Scott Sipple also addressed the media.

Sipple reflected back to 1997 when the two clubs also went head-to-head for the title, and the coaches were still in their playing heyday.

On that day Sipple – the most-capped Tiger in Intrust Super Cup history - played five-eighth for the Tigers, while Mogg was fullback for the Dolphins.

The game ended 18-16 in Redcliffe's favour thanks to a kick after the siren, but it was not without controversy.

"I chased a little grubber through and Moggy held me up," recalled Sipple.

"There was no TV replay in that day.

"I still say I got it down.

"But it's not in the history books, so we'll move on."

Sunday's grand final will be telecast live on Channel 9 at 3pm for Queensland viewers and live streamed for outside regions on QRL.com.au, with the Hastings Deering Colts Under 20s and NRL Schoolboys Cup Under 12s live streamed prior from 11.45am on QRL.com.au.

The clash between Redcliffe and Easts represents a showdown between the two clubs with the most victories since the modern State League began in 1996. 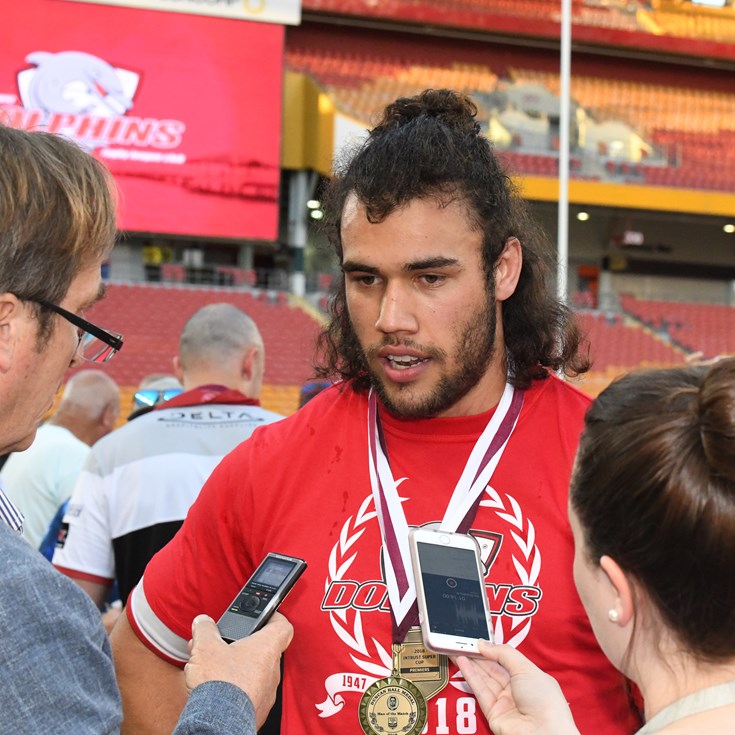