There is one more game left in what has been a dominant season for the Redcliffe Dolphins so far - and arguably their biggest challenge has been left until last with the side to face off against a talented Bulldogs outfit in the national final on Sunday.

Redcliffe proved too strong for Easts Tigers last Sunday in the Intrust Super Cup decider, securing a 36-22 win at Suncorp Stadium in front of 7504 fans.

In a high-scoring affair – diminutive fullback Trai Fuller proved dynamite at the back scoring two tries, despite receiving some heavy attention from the opposition defence.

While the Dolphins will need him to spark again if they are to do any damage to the Bulldogs in attack – his work was made easier by the immense efforts of the Redcliffe forwards.

Duncan Hall Medal winner and Cronulla Sharks-bound forward Toby Rudolf had a huge game, as did lock Jamil Hopoate; and they will need to step up to the challenge against the formidable pack of the Bulldogs.

Featuring players of the calibre of former New Zealand Test representative Greg Eastwood, former Townsville Blackhawk and current PNG Kumul player Rhyse Martin and the NRL experienced Francis Tuala; the key to game will be in this forward battle.

The Dogs – who fought back from an early deficit to post their comeback win over the Newtown Jets last weekend – are also blessed with plenty of talent in the halves; with former Ipswich Jet Josh Cleeland (pictured below - who won the Intrust Super Championship with the Cup side in 2015) pairing with Fa’amaunu Brown.

Redcliffe duo Bryce Donovan and Cameron Cullen however will be looking to continue their quality creative output; with both having strong games for their sides in the grand final win.

A handful of the Redcliffe side have recently had the experience of playing at ANZ Stadium – but they will be looking to turn around their results their; with Cullen on the end of a heavy loss in this Championship game when he was with Burleigh and Sam Anderson playing in the XXXX Queensland Residents side that went down to NSW in their representative match before Origin Game II this year.

With talent across the park in both sides (check out the two teams ‘By the Numbers’ here) – this is set to be a great match-up befitting the occasion of NRL Grand Final Day. 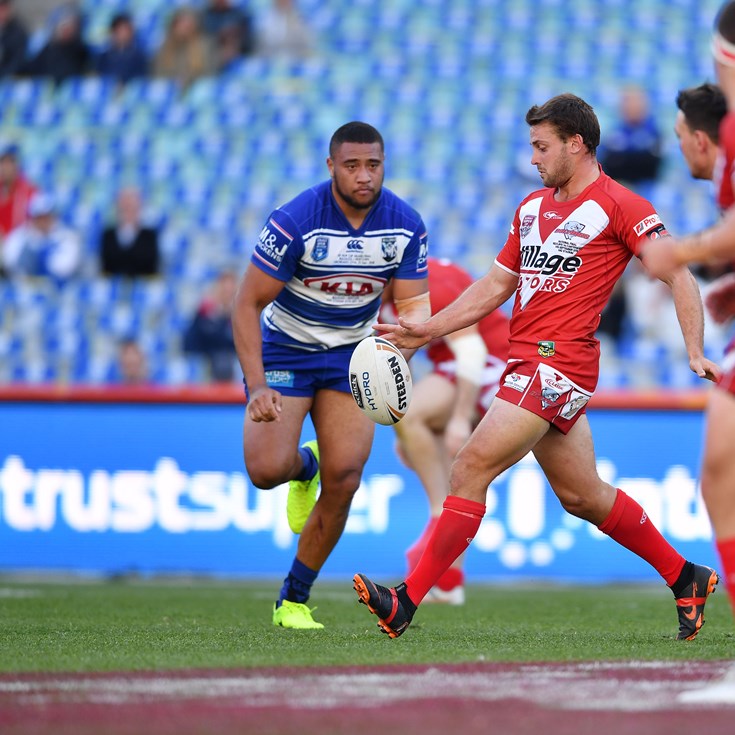 By the numbers: How the Phins and Dogs compare