With the confirmation yesterday of Broncos and Queensland Maroons forward Josh McGuire’s move to the North Queensland Cowboys for the 2019 season and beyond; there has been much discussion amongst Brisbane fans of their forward stocks.

While it will be hard to compensate for the loss of such an experienced and well-credentialed forward in McGuire; the Broncos are blessed with a large crop of forward talent in their playing squad.

These include rising star David Fifita (who made history as the first player to debut in the NRL born in the 2000s when he ran on against the Canberra Raiders in Round 16 this year), Payne Haas, Kotoni Staggs (although he prefers to play centre) and more well-established players in Jaydn Su’A and Joe Ofahengaue.

The Broncos also have more experienced players who are working their way back from injury including Maroons Matt Gillett (who is progressing well in his recovery from a severe neck injury) and Andrew McCullough, who is racing the clock to be fit for Round 1, after undergoing off-season surgery.

If one or more of these forwards are unavailable for Round 1, this may open the door for one player who hasn’t received much attention as yet – but has been doing everything right to earn himself an NRL debut.

Pat Carrigan is a rookie powerhouse forward who captained the Queensland Under 20s this year and also gained selection as an Australian Junior Kangaroos representative.

Despite his affable nature off the field, he is a true competitor on it and enjoyed a breakout season with Wynnum Manly Seagulls in the Intrust Super Cup this year.

His form earned him selection in both the XXXX Queensland Residents team and the Queensland Under 20 side that secured a drought breaking 30-12 victory over NSW Under 20 earlier this year.

He also impressed when he recently led the Junior Kangaroos to an entertaining 40-24 victory over the Junior Kiwis at Mt Smart Stadium as part of the representative triple-header. 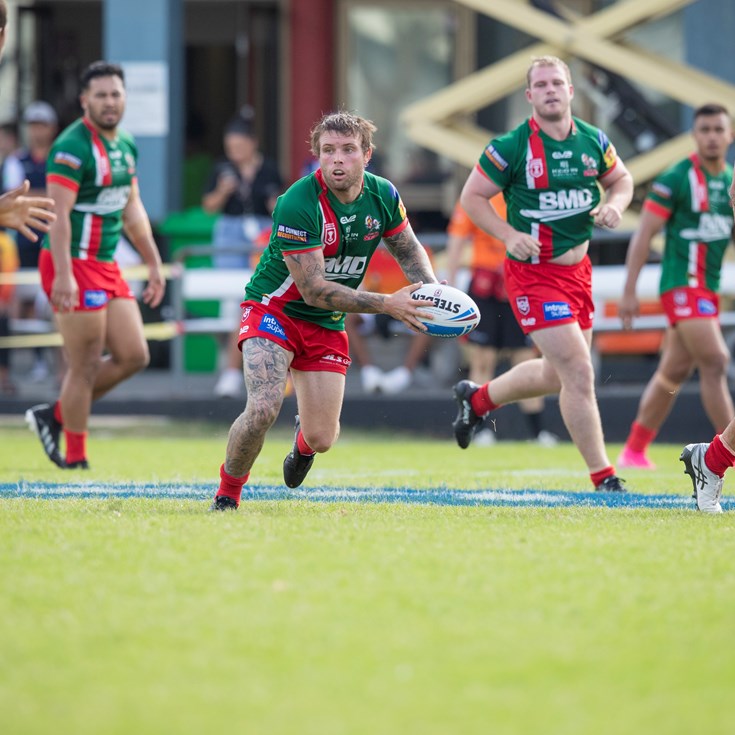