Kevin Walters has confirmed Greg Inglis will captain Queensland in 2019 and expressed a burning desire to send the Maroons great out a winner in his final State of Origin series.

Inglis announced on Thursday that he would be retiring from representative football at the end of this year before devoting himself solely to club football with South Sydney in 2020. At that point his professional career will end.

The 32-year-old told Walters on Thursday of his plans and the Maroons coach's thoughts turned straight away to ensuring that his last series in a Queensland jersey will be memorable.

"I only found out yesterday when I got a phone call from Greg and that was the first thing that sprung to my mind," Walters told NRL.com.

"It is not about doing it for Greg but it is about sending Greg out on a note that is befitting of his time in the Maroons jumper. We want to send him out a winner, and we can do that certainly.

"If Greg can bring the style of football that he showed us last year in games one and two then that will be a good place to start, with your captain."

Inglis had the Kangaroos captaincy taken off him after he was charged with drink driving last year. The Maroons hierarchy have no intention of following suit and believe he has already done his penance.

The way Inglis embraced the captaincy last year in the opening two Origin games - before being injured for the third - thrilled Walters, who said he had displayed all the qualities that great leaders possess.

The positive about it all is that Greg has made the decision himself. No-one has tapped him on the shoulder

"Greg will definitely be our captain, and we’d like to get him for three games this year," Walters said.

"I have been captained by many different players and Greg's way was 'this is how you do it', as such. It was all about acts of inspiration on the field.

"He has that instant impact with players and they want to play well for him because they know he will be playing well, and that is what he did in games one and two last year where he was in our top two or three players."

Inglis, who has played 32 times for Queensland, is the all-time leading try scorer in State of Origin history with 18.

Walters said it was fitting that the man himself called time on his stellar representative career.

"Greg has been a great player for Australia and Queensland for 13 years and he's comfortable with his decision. A player knows when their time is up at certain levels and Greg has always been an honest player as well," Walters said.

"He has obviously looked at what is happening in the next couple of years and thought 'my time is now', so he has put a lot of thought into it.

"The positive about it all is that Greg has made the decision himself. No-one has tapped him on the shoulder and said 'your time is due here'. He’s controlling his future, which is how you'd like to see it."

Walters  said  there were "some good young Maroons centres coming through" and once they read the news of Inglis' impending retirement "they might find themselves working that little bit harder" to get a gig in 2020.

"At the moment, as we speak, there is no-one that is going to slot in there straight away. It is going to be a fight for that position," Walters said.

While conceding it would be "an interesting race to see who can grab Greg's jumper", Walters said it didn't concern him right now.

"What does is getting everything right because our biggest challenge is Game One and Greg is going to be part of that," Walters said.

"That's the beauty of all this. I know Greg will be giving it all this year and certainly the rest of the Maroons in those jumpers will be doing the same." 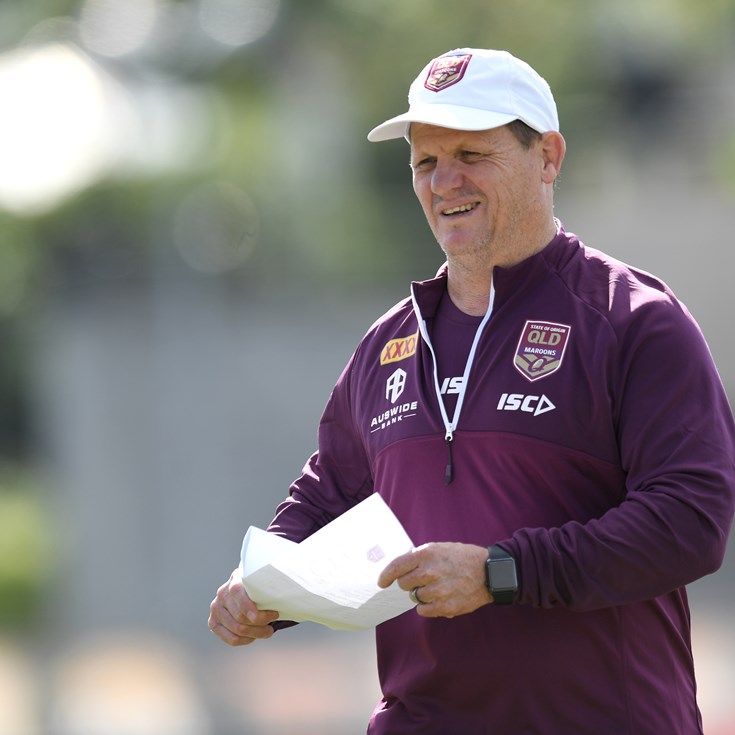