When Townsville’s Tyreice Baira-Gela walked into the first day of Queensland Murri Under 16 camp last Monday; he was happy to see there was a familiar face to greet him.

While Tyreice didn’t know any of the other players well in the side – he did however know assistant coach Jardine Bobongie better than most, having enjoyed family barbecues together back when he was a young child.

Bobongie – who captained a Mackay Cutters team featuring the likes of Michael Morgan and Jason Taumalolo to premiership success in 2013 –  played with Tyreice’s dad Roy Baira; and his uncle Royston Lightning, in the Intrust Super Cup team in 2009.

He also first played against him in the Foley Shield, with Baira lacing up for Townsville.

“They were friends, when dad used to play for Mackay Cutters, we used to go over to his house, used to sleep over and have a lot of fun, have barbecues,” Tyreice said.

“When I was young, we used to see him around playing with dad.

For Bobongie; it was good to see Tyreice again after a number of years – having first re-connected with him at the Queensland Junior Carnival last year.

“Last year at the junior carnival, Tyreice came up to me and said ‘hey Uncle Jardine’ and I was ‘Hey boy! How you been?’ as I hadn’t seen him for ages.

“The last time I had seen him, he was really small,” Bobongie laughed.

“But with him coming in here, we have sort of picked up where we left off, which was good.”

Speaking about his talented rugby league family, Tyreice – who is originally from Badu Island and has also lived in Cairns – shared that they were all still involved in the game in some way.

“My dad made a lot of Queensland sides when he was younger, now he coaches the A Grade side back in Townsville, but he’s retired (from playing) now,” he said.

“He has a brother called Jimmy (Baira) and he’s up in Moranbah and he still plays.

“My other uncle is named Royston (Lightning) and he lives in Mackay and he does a bit of footy.”

With footy a big part of his life; Tyreice has found his time in Queensland Murri Under 16 camp to be full of positives.

“This is my first rep team ... and I have found it a really good experience,” he said.

“Have learnt a bit of everything ... (and) the coaching staff help as well.

“(Keiron Lander and Bobongie) both have their differences, but they are the same; they really see us as their own when they are coaching us.”

While there is a big game for the team to play against the NSW Koori side to wrap up the camp; Tyreice summed up the essence of their time together as connectedness.

“We came as strangers, now we leave as brothers.”

Mic'd up: Tyreice Takes Over

The game will be played tomorrow at Glen Willow Oval at 5.30pm local time (4.30pm QLD TIME) and can be viewed via the QRL Facebook page: 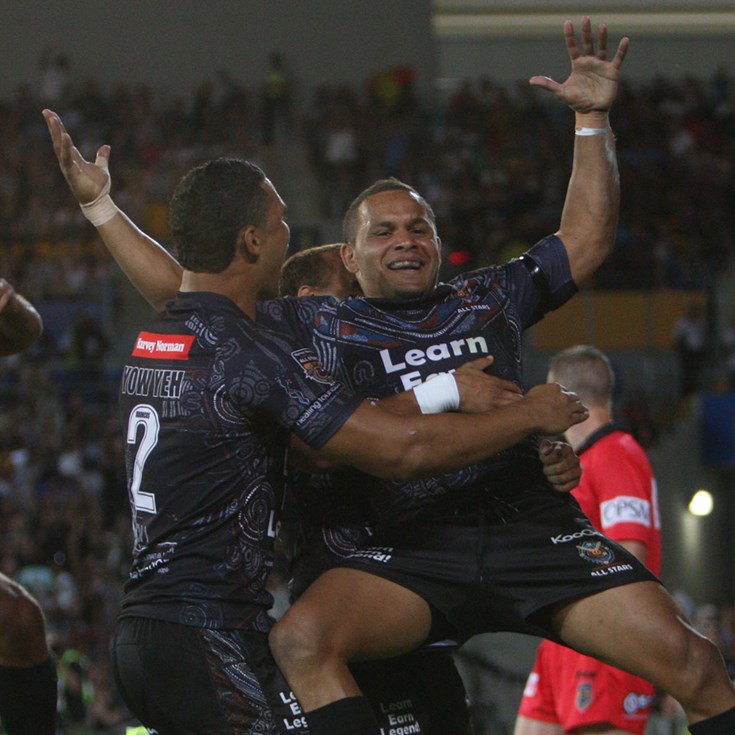