The Queensland Murri Under 16 team have been dealt an injury blow as they prepare for the upcoming game against the NSW Koori, with young playmaker Ezra Mam ruled out of the game.

Mam sustained a facial injury during a training session in preparation for the match – and although he was fully cleared of any symptoms of concussion, the decision was made to withdraw him from the side.

Queensland Rugby League representative programs and female elite pathways manager Mitch Constance said while it was disappointing for Mam to miss the key match, the wellbeing and welfare of players was of paramount importance.

“He's been fantastic in camp, and it's just unfortunate that an accident like this has occurred," Constance said.

"With the game only a few days away, the decision was made that his facial injury was too significant to risk as he could re-injure that area, and or the sutures could break.

"Ezra is disappointed he can't play, but he'll remain a key member of the squad."

Mam – who was named to captain the team at their jersey presentation on Wednesday night before being ruled out Thursday morning – re-joined the side in Mudgee late Thursday afternoon.

“Ezra will be part of the team and also we have another 'maybe' in young Brayden at the moment – they are both important," Lander said.

"They have been part of the squad all week and part of the selection process, and their performance on the field – across the carnival and in their own communities, speak for themselves.

“For them, if they don’t play – that’s unfortunate, but they will learn from this experience and take that home; they will sit beside me and help coach the team.”

With Mam unable to take the field, another young star has been appointed to lead the side on the field on Saturday.

“Tuvalli (Khan Pereira) will lead out the Queensland Under 16 Murri side and his qualities speak for themselves,” Lander said.

“He’s not a big talker... he’s a guy that’s more about action and about really putting in for the bloke next to him, and that’s the sort of leader we are looking for.

“He’s very respected amongst the team and his peers.”

Watch a live stream of Saturday's game via the QRL Facebook page: 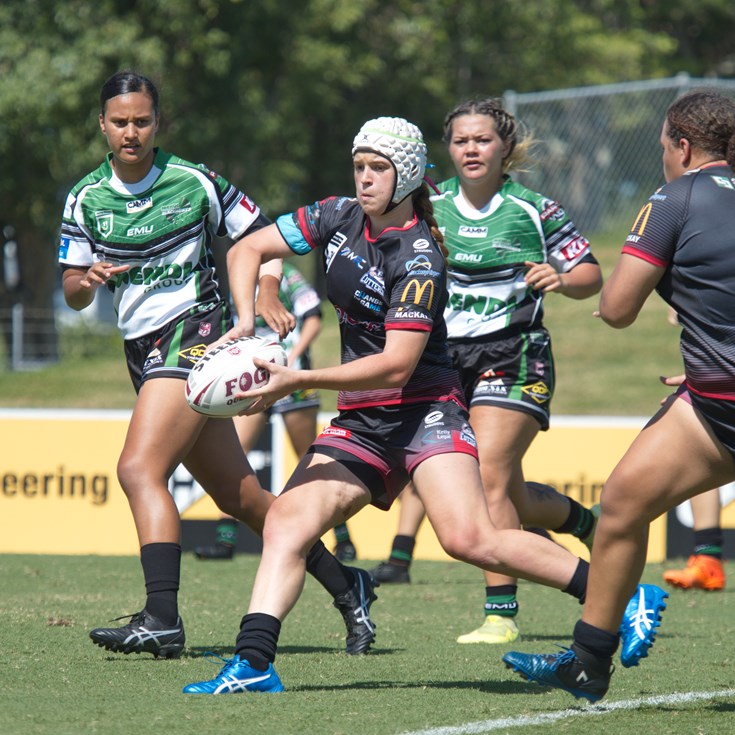 Everything you need to know about City v Country

‘Bourkey is a genuine footballer’

Connection the key for Tyreice