Jayden Nikorima will lace up his boots and hit the rugby league field for the first time in 18 months today.

The former Sydney Roosters NRL player, whose brother Kodi Nikorima plays for the Brisbane Broncos, was a late inclusion for Broncos feeder club Redcliffe Dolphins for their game against Wynnum Manly Seagulls.

Nikorima last played for Wyong Roos in the 2017 Intrust Super Premiership grand final at Leichhardt Oval, with off-field drama keeping him sidelined since then.

The former Junior Kangaroos, Queensland under-20 and New South Wales Residents gun said he was “over the moon” to be playing after “too long away from the game”.

“It’s been a long nearly two years, so to get the opportunity to strap the boots on for Reddy is very exciting,” Nikorima said.

“Just the little things are exciting me like having a pre game meal…. mum was like 'what do you usually do?' and I was like ‘I've forgotten'.

“Enjoying the little things leading up to the game is exciting. I just can't wait to play.”

The 22-year-old, who played seven NRL games for the Roosters during 2016, was forced to spend time on the sideline after bribing a teammate to sign a statutory declaration claiming he spiked his drink during Mad Monday celebrations in 2017, to avoid a second strike and mandatory ban under the NRL's illicit drugs policy.

Wishing the breatherrr @jaydennikorima all the best in his Debut game today. Go hard my nig ✊🏽 #manaup

Nikorima’s Roosters contract was torn up after returning a positive drug test three days after the end-of-season party; it was the second time he had recorded a breach, triggering an automatic 12-match NRL ban.

Nikorima entered a guilty plea in Sydney's Downing Centre on Wednesday, The Sydney Morning Herald reported, where the court heard he was a "young man with a God-given talent" who had made an "enormous mistake".

He will serve a 12-month community corrections order and was fined $500; he also had a conviction lodged on his record.

Nikorima said “a massive weight has lifted off my shoulders”.

“I put a lot of stress on my family the last few years, so coming home after and seeing mum about to break down and cry... it was real emotional,” Nikorima said.

“I can't thank my parents enough... they've stuck by me through thick and thin.

“To see my mum's face when everything was cleared, and getting that phone call to say I was clear to play….  she overheard because we work together, and she was about to break down.

Nikorima has been training hard at Redcliffe since the end of 2017 to resurrect his career.

“Without the help of my family, and my friends, and obviously Redcliffe too, who have stood by me through thick and thin, I probably wouldn't be strapping on the boots,” Nikorima said.

“I'm very grateful for them.”

Overwhelmed by the amount of support I received this week, thank you all for your kind messages. No better feeling then getting that W on our debut game [ @joe_ofahengaue ] after an emotional week. Hope your watching over us @francis_winno ❤️ & a special thanks to my family who made the trip to support me tonight. #Bronxnation

Nikorima said his aim for this year was to “play consistent footy and get that fun back in my life”.

“I didn't realise how much fun footy brought into my life until I lost it for that period of time,” Nikorima said.

“It's been a rough time - I've been a bit down in the dumps here and there.

“I've learned I need to be accountable for everything I do - I've got control of my actions.

“I don't think I could get any lower than what I was at, so I'm on the rise up now - the sky is the limit.”

Nikorima said despite the Dolphins losing their first two games this year, he was confident they would make finals.

“I've got a lot of faith in our squad this year, and our coaching staff - Moggy (Adam Mogg), he's a great coach,” Nikorima said.

“We've been training hard... we've obviously lost two on the trot, but I'm pretty sure we did that last year, so we're still definitely positive around the club.

“Hopefully we can put the losses behind us and get a win.”

Nikorima said he expected to slot into the halves next to Bryce Donovan.

“He’s been our leader this year, our captain this year, so I'm pretty excited to play alongside him,” Nikorima said.

Redcliffe Dolphins football operations general manager Grant Cleal said Nikorima – an “easy going sort of a kid” - signed to play with the Dolphins at the end of 2017 and had been training with the squad ever since.

“Jayden is a skilful type of player…. he's obviously had NRL contracts and you don't get those unless you've got some ability.

“He's got plenty of ability… he's an instinctive sort of a player and has a good kicking game, so he'll compliment the guys we've got around him at the moment.”

Cleal said he hoped Nikorima wasn’t with the club for long.

“I'd like him to get up and going as quick as possible and start writing the next chapter of his football career,” Cleal said, adding the NRL was where Nikorima belonged.

“That's our job at this level of football. That's our task... we get them back up and going again, and send them back.

“He has been at that level of footy, and we're really keen to get him back up there, where he belongs.”

Cleal said because of his easy-going nature, it had been difficult to tell how hard the past 18 months had been on him.

“For a young fella who had no history on the wrong side of the tracks, he's handled it quite well,” Cleal said.

“The whole process can be quite drawn out... obviously it's been all last year and a good chunk of this year that he's been in some doubt about his future, so it would've tolled on him a fair bit. He has handled it really well.

“In this social media generation, it's pretty easy to jump quickly to condemn a person for a mistake, whatever that mistake might be, but I want to call on fans and supporters of our competition to understand that footballers are just human beings and they make mistakes.

“This young fella has been trying his hardest to get himself right and get back to doing what he does best. I'd like to think that supporters, and other clubs, are keen to see him do that as well.”

Queensland Rugby League statewide competitions manager Dave Maiden said the QRL had been in close contact with the Dolphins and Nikorima during the past 12 months to work towards the finalisation of the matter.

“We are now comfortable that he has met the requirements to return to our game - the playing of which is a privilege, not a right,” Maiden said.

“At our level we have an obligation to respect all other participants and their continued livelihood by ensuring we all maintain the levels of expected behaviour which invokes confidence in the general public and the investors who contribute to the greatest game of all.

“We genuinely believe that Jayden has done everything possible to get himself back on the paddock and we look forward to watching his vast natural ability via his on and off field contribution over the coming years.”

Nikorima added he was “one of those kids who definitely took footy for granted” and he would never make that mistake again.

“I know next time, if anything came of my footy again, I definitely wouldn't take it for granted - I would take any opportunities with both hands,” Nikorima said.

“It's every kid's dream to play NRL and play consistent NRL footy, so I'm taking it step by step - baby steps at the moment.

“I just want to be a top Intrust Super Cup player at the start, and hopefully make my way back.

“But my first job is just to play consistent footy for Reddy, and hopefully get us back into the finals again.

“(My experiences have) made me who I am today - I am so grateful for every little thing I get in life now.” 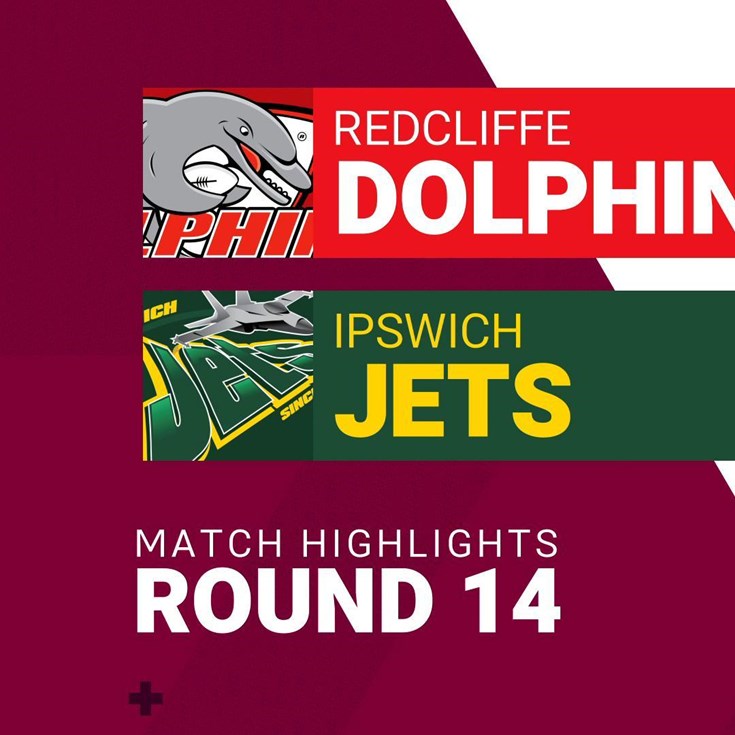