North Queensland are already suffering the post-Johnathan Thurston blues as their notorious slow starts to seasons continue to plague them.

Brisbane found life after Kevin Walters and Allan Langer tough, as did Newcastle when Andrew Johns sailed off into the sunset.

You lose your greatest player, and one as influential as JT in particular, and it is never going to be an easy ride. I am sure Paul Green knew that was going to be the case but there is no magic wand to wave to make up for his loss.

Green would be a bit worried especially after last week's 42-16 loss to the Sharks. The last time they had more points put on them at home was in 2007 when Melbourne racked up 58.

Thurston would have come out in the second half against the Sharks and taken the game by the scruff of the neck. We have seen it time and time again. He has just got that leadership and vision. That is not taking anything away from Michael Morgan. He is a really good footy player but he doesn’t have the vision of JT.

I watched Morgan getting frustrated in that second half against the Sharks. He wasn't happy, but he wanted to lead this team and step up in the post-JT era. Now he really needs to do it.

When things went wrong for them in that second half against the Sharks it compounded. It was an attitude thing. They were in a position to compete but they just fell away. That is a bad sign when you are at home.

Green has been there and done that with this team, but he will know they need a big reversal of form to get a win against Canberra.

I know Jason Taumalolo is out with injury and that hurts, but what hurts more is the absence of the other JT.

Melbourne always seem to start a season in good form and clock wins up early. The Cowboys are the complete opposite of that.

Even when they won the title in 2015 they lost their first three games of the year and it took some JT magic at the end of their fourth game of the season to get them home over the Storm.

The draw was a bit of a gift and gave them five games in Queensland to kick off the season, four of them at home, so they had a golden opportunity to start with some wins.

The Cowboys could lose four or five players to Origin and if they don't start winning games they are going to be caught out.

You look at the top sides and they have speed to burn. The Roosters have James Tedesco. The Storm have got Josh Addo-Carr. Even the Sea Eagles, not yet in that bracket, have a bloke like Tom Trbojevic.

Green's side lacks pace in the backs and that is a concern. The coach made some changes after the loss to the Broncos and it seemed to work in the first half against Cronulla, but I'm not sure what other options he has got.

I noted Coen Hess said he was embarrassed by his performance against Cronulla. Good on him for owning up to that but he really needs to lift.

The entire pack does. Gavin Cooper was a player, who used to step up in combination with JT and he is smart footy player. He needs to start calling the shots more.

With Josh McGuire you know what you are going to get. He's not going to be talking tactics. He goes out there and plays tough and he needs more of those forwards doing the same thing.

I look at the Cowboys draw and they still have the Raiders and Storm at home. Then they are away to the Warriors and Bulldogs before hosting the Titans.

They need to be winning three or four of those games at least to get back into top-four contention. I just think they need leadership from their senior players to get them back on track. 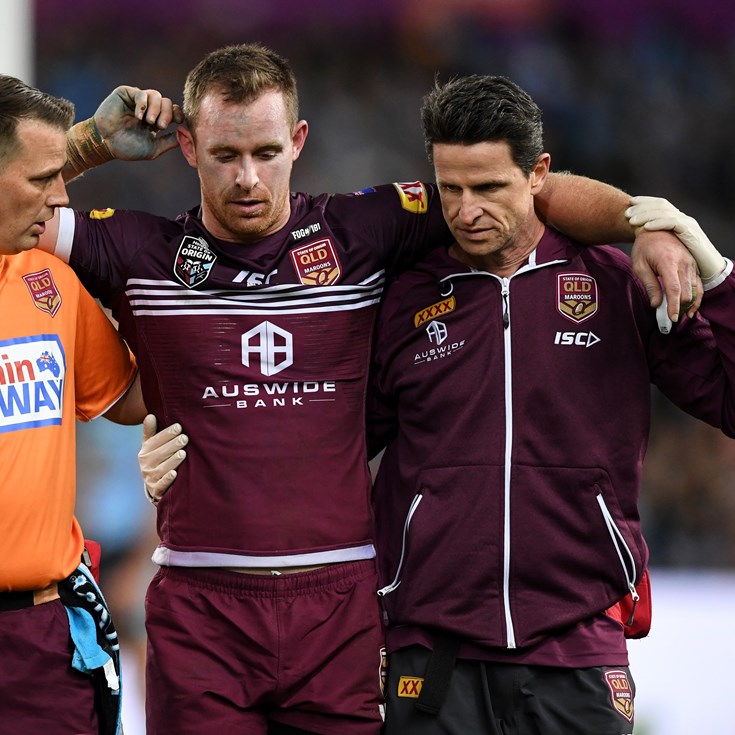 Morgan in 'good spirits' but rest the order of the day