Broncos coach Anthony Seibold has vowed to stick by 18-year-old halfback Tom Dearden as his coaching predecessor Wayne Bennett inadvertently wrote off the Queensland club's chances one third into the season.

South Sydney tore Brisbane asunder in a 38-6 thrashing in their first clash since swapping coaches, with the Broncos sixth loss in two months dropping them to 12th on the ladder.

Touted as pre-season heavyweights, Seibold's side could fall as far as second last if other results go against them in round eight.

Bennett dismissed several questions about the club he helped build for 25 years.

But asked about the apparent gulf between front-runners Souths, Melbourne and the Roosters, Bennett said; "The premiers aren't earned yet…the teams down the bottom you can write off but the teams, the Parramattas, the Canberras, the St George [Illawarra's] they're all in the mix still."

The Broncos find themselves stuck in the bottom four in the same week halfback Kodi Nikorima is expected to request a release and be a Warrior by the end of the weekend.

Dearden was promoted as a result of Nikorima sitting out the Rabbitohs clash, and he impressed by consistently getting his body in front of Bunnies forwards, who outweighed him by up to 30 kilos.

Seibold insisted the teenage No.7 will get an extended run in first grade, but hesistated when asked the pointed question that comes with Nikorima's looming exit.

Can an 18-year-old halfback deliver a title in his first season?

"My focus isn't on that," Seibold said.

"My focus is on reviewing that game and trying to find some key improvements.

"I thought Tom was real solid on debut. He's the best half that we’ve got at our club at the moment so we're going to back him and trust him.

"I wouldn't have put him in there if I didn't think he could do a job.

"It's ridiculous for us to think about anything else other than improving our performance against Manly next week."

Brisbane's 32-point loss equals their heaviest ever defeat to the Rabbitohs (44-12 at Suncorp Stadium in 2009), but Seibold took surprising solace from his team's defence.

"I'm concerned about how we can improve some individual, not efforts, but performances and how we can have a more improved team performance," Seibold said.

"We showed some real glimpses. Believe it or not tonight was actually our best defensive display as far as effective contact – I think we were at 92 per cent.

"We made more tackle breaks than Souths tonight. We missed less tackles than them tonight but were on wrong side of score line.

"[We're] forgetting about the points table for a little while.

"An intercept try, Alex Johnston dropped the footy but got his boot to it and then Cody [Walker] on the last. They're not system errors. They're not missed tackles."

Brisbane did have on other thing to celebrate and that was skipper Darius Boyd's 300th NRL game. 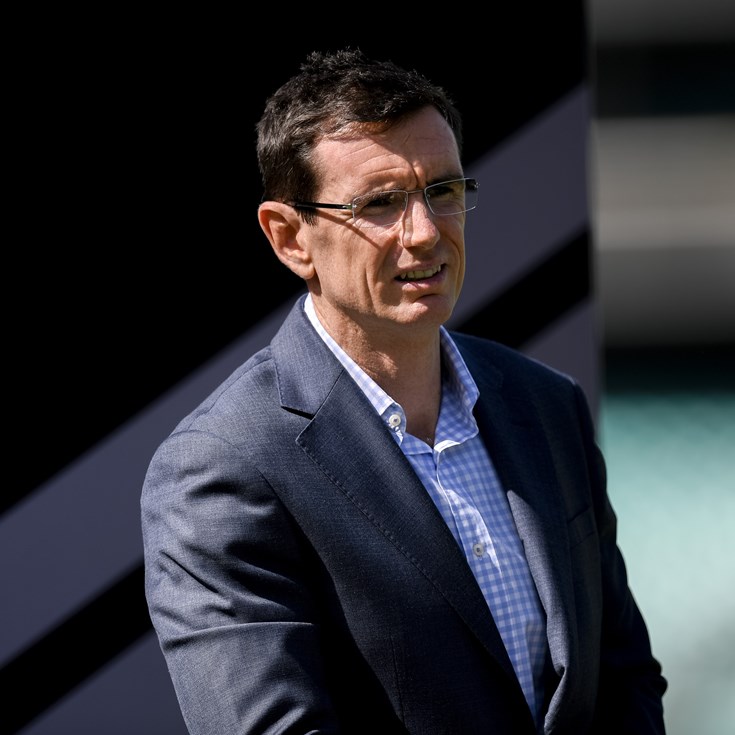