Melbourne Storm has added to its backline depth by signing Nicho Hynes until the end of the 2020 NRL season.

Currently playing for the unbeaten Sunshine Coast Falcons in the Intrust Super Cup, the 22-year-old had his first official training run as a Storm player at Gosch’s Paddock this morning.

Hynes joined the Falcons for the 2019 season and has played in eight of their nine matches so far this year, filling roles at fullback, five-eighth and in the centres.

In 50 Intrust Super Cup matches, he has crossed for 17 tries.

Storm general manager – football Frank Ponissi said Hynes had impressed the club during a pre-season stint with Storm over the summer.

“Nicho has continued on to have a great start to the year with the Falcons, and we expect he will have a very successful career with us at Storm,” Ponissi said.

Hynes said "signing my first NRL contract is a dream come true - such a surreal feeling for me and my family at the moment".

"It’s something I’ve been working towards for a fair few years now and to finally do it just feels so exciting," Hynes said.

The former Central Coast junior said his six-week experience with Storm during pre-season was "unreal".

"They have such a great culture… they treat you the same as all the players there, even though we were only there for six weeks," Hynes said.

"We felt like we were apart of the club.”

The Storm coaching staff were so impressed with the Falcon's efforts pre-season that they invited him back to train with the NRL squad for a further two weeks after his official engagement had finished.

“They needed an extra body down there in the halves for opposed and Nicho had impressed them during his stint down there," Smith said.

“They liked how hard he worked and the skill set he possesses.

"Most of all, Craig (Bellamy) was impressed by the way he always took on board the feedback given to him and the effort he put in to working on that feedback.”

Smith has been impressed with the young half and his uncapped potential.

“He’s a great player...  he has great instinct and is an attacking player," Smith said.

"He has a good physique for a half and isn’t scared to run at the line, which he loves to do. He can play to structure, but can also adapt and break down the opposition.

“We all know Nicho can play in the halves, fullback, and even in the centres, we’ve seen him do it the last nine rounds. But for Melbourne I’d say they’ll use him in the halves and at fullback short-term, and probably look at him as a five-eighth long-term."

Smith and Falcons CEO Chris Flannery never had any doubt Hynes would wind up in an NRL system; they are just glad they were able to assist Hynes on the pathway to his achieving his dreams.

“We first noticed him playing in the halves for Mackay against Norths in a TV game last year," Flannery recalled.

"Our chairman, Ash Robinson, called me and asked if I was watching and what I thought of him. We liked what we saw and from then on we kept tabs on him for the rest of the season.

“He was the size of a back-rower, but had all the skills of a half, could kick in general play and goal-kick and had enough speed to play fullback, so it was a no brainer really.”

Hynes isn’t the first Falcon to reap the rewards of the club’s partnership with the Storm.

In 2016, Ryley Jacks and Tui Kamikamica were also offered their first NRL contracts with the Storm in a similar fashion, after having been Falcons-contracted players that season.

“It’s always a good feeling when one of our players signs a full-time contract with the Storm," Flannery said.

"We pride ourselves on providing a professional environment, professional coaching and the opportunity for our players to progress to the NRL if they are good enough.

“Of course we would love to win the Intrust Super Cup grand final every year, but to be honest developing players for the NRL is what we are here to do.”

In good news for Falcons fans, Hynes will remain affiliated with the black and gold for the remainder of the 2019 Intrust Super Cup season.

Hynes will join the likes of Harry Grant, Joe Stimson, Sandor Earl, Cooper Johns and Justin Olam who travel most weeks from Melbourne to play with the Sunshine Coast-based outfit. 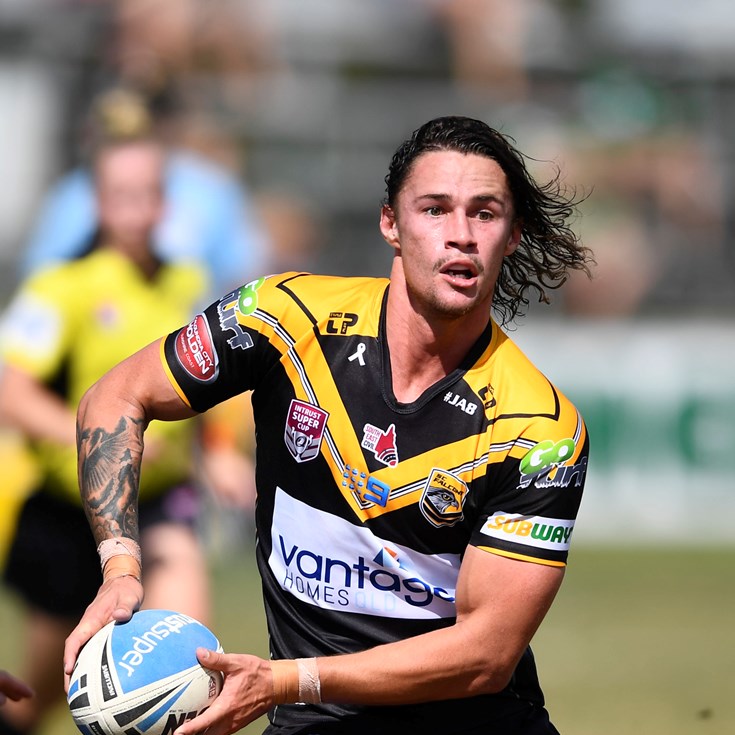