West Brisbane Panthers are unbeaten at the top of the SEQW Division 1 competition thanks to a statement win over the defending champions.

The 24-16 win over Burleigh in their grand final rematch last weekend established the Panthers as the form team in the competition with three wins and a draw from their four appearances so far this season.

Panthers coach Craig Green said there was still plenty of room for improvement and that he wasn’t 100% happy with the way his team is playing - but couldn’t fault his team’s effort and the results they’ve produced early on.

“We’re competing really well. Our attack is quite good, our defence is holding up; we’re competing in all aspects of the game,” he said.

“I think we still have a lot of areas to improve, but I’m happy with the way we’ve come together. It’s a fairly new group compared to our grand final side from last year.”

There was extra excitement surrounding their latest win, having suffered grand final defeat at the hands of Burleigh last year.

While the victory was sweet for the Pink Panthers, it came at a cost, with star winger Julia Robinson suffering a severe leg injury that has likely ended her season.

Robinson was a breakout star in the 2018 National Championships representing the Australian Defence Force team and earned herself an NRLW contract with the Brisbane Broncos by season’s end.

Losing her will no doubt hurt the Panthers, but Green is confident somebody else will step and fill the void.

“It’s a huge blow to the team, just with her explosiveness being on the wing or at centre she’s a pretty dynamic player,” he said.

“She will be a big loss, but footy is a funny game and it also gives opportunities to other players to step up and see what they can do.”

This week, the Panthers hit the road to take on the Easts Tigers at Langlands Park from 5pm on Saturday evening.

The Tigers will be hoping to bounce back from last week’s loss to the Magpies.

“They’re a really well drilled side who are coached well,” Green said.

“It’s another big challenge. We’ve just got to keep playing consistent footy and keep going footy to allow our backs to run the ball and play some attacking footy.”

The Panthers' clash with the Tigers will be live-streamed on PanthersTV this Saturday evening from 5pm.

Round 6 of the SEQW Division 1 competition will also see Brothers Ipswich host Burleigh and Souths Logan take on Toowoomba Valleys. Tweed Heads have the bye. 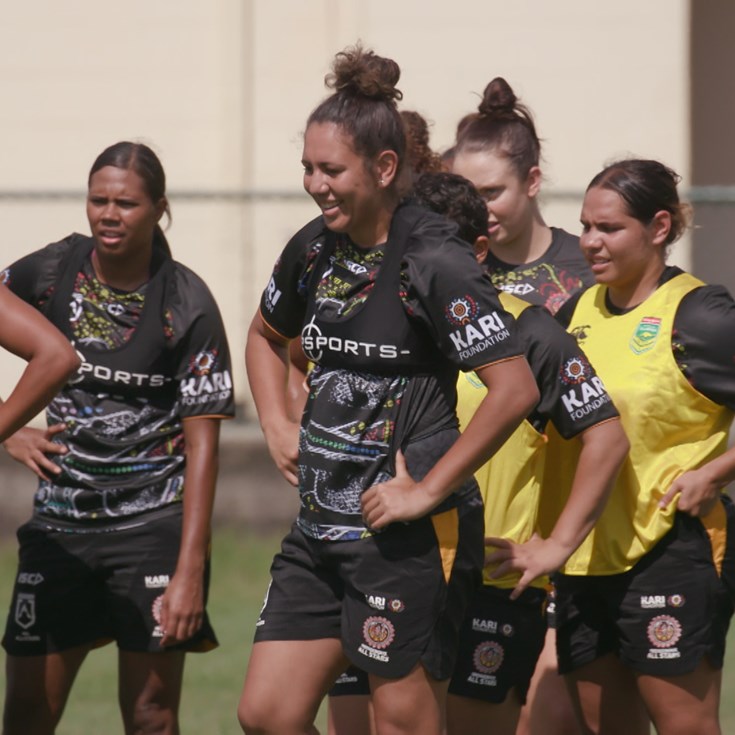