Scott Drinkwater’s return from injury helped Easts Tigers to a much needed win over Northern Pride at Suzuki Stadium on Saturday afternoon.

The 40-22 final score does not reflect the close contest of the first 70 minutes of the game, which saw the lead change hands several times.

Easts capitalised on a tired Pride defence in the final 10 minutes of the match - scoring three tries to seal the win, and almost a fourth on the siren.

It was the Pride who scored first points in the march after 15 minutes, courtesy of Enari Tuala, to take a 4-0 lead, but Easts hit back just minutes later.

Drinkwater made an impressive break to put five-eighth Josh Ralph over the tryline for the Tigers’ first points and a successful conversion from Tom Hughes gave the homeside the lead, and the local fans something to cheer about.

Tigers coach Scott Sipple, after the game, rated prop Albert Vete as one of his standout players and it is easy to see why.

Not only was Vete punishing in defence all day, but his sheer determination in attack came to fruition in the 24th minute. Somehow, with Pride defenders surrounding him, Vete pushed through and managed to get himself low enough to ground the ball for the Tigers’ second try, extending the lead 12-4 with another successful conversion from Hughes.

The Pride had several chances to score in the 10 minutes leading in to halftime, but weren’t able to convert the opportunities - until the siren of halftime sounded.

The Pride’s Brayden Torpy - against his former club, where his father is the CEO - put in a kick close to the line with seconds remaining in the first half which the Tigers could not contain, gifting winger Matthew Musumeci just his third try for the Pride.

The costly error by Easts saw them head to the sheds with just a two-point lead, 12-10, after Torpy rubbed salt into the wound with a near-perfect conversion after the siren.

Easts started well in the second half but again it was the visitors who took first points, through second rower Ewan Moore. Moore’s try and another clinical conversion from Torpy put their side back in front, 16-12.

The Tigers - with a vocal crowd cheering them on - managed to hit back just minutes later when Sam Lavea, off the bench, barreled through the Pride defence to level the scores. Hughes was marching Torpy’s success with the boot, and slotted the conversion to give his Tigers the lead once more, 18-16.

The Pride were unlucky a few times not to score points, but their luck changed in the 63rd minute when the other Torpy brother, Cameron, scored a try which was then converted by his brother.

The Pride took a 22-18 lead heading into the final 15 minutes of the match, but a dropped ball and then a penalty gifted the Tigers the chance to get back in the game.

Bennett Leslie scored for the Tigers in the 66th minute to level the scores at 22-all. Hughes continued his clean sheet, slotting the conversion to once again put the Tigers in front - 24-22.

The Pride’s silly mistakes gave a penalty to the Tigers to help them down the field. A quick play the ball close to the line and quick thinking out of dummy-half allowed hooker Chris Ostwald to barge through the defence and score - extending the lead, 30-22 with 8 minutes to go.

Patrick Kaufusi took the ball up from the kick-return but was sensationally stopped in his tracks by the Pride fullback Jack Murphy.

Drinkwater, really returning to his usual form in the second half, was involved in everything. Directing play on the edge allowed winger Matt Cooper to score and put the game out of Pride’s reach. Hughes gave up his kicking role to allow Drinkwater to convert the sixth try for the day, bringing the score to 36-22.

Kaufusi - who was denied his change at four points earlier - only had to wait a few minutes to be rewarded, when Drinkwater put him in space to seal the victory.

Hughes missed his only conversion for the day, but the Tigers had the game sealed with an 18 point lead, 40-22 with just minutes remaining.

There was almost a chance for Kaufusi to repay the favour to Drinkwater, but the pass was ruled forward with just seconds remaining on the clock.

Sipple said Easts’ display was an example of what they could achieve, and while he was happy to get the two competition points, there was still more work to do.

“We are a good footy side when we are all on the same page,” Sipple said.

While Sipple said he was impressed with his entire side’s effort, he said having Drinkwater back was good for the team, while the players off the bench had the impact he was looking for, while Vete’s strong runs and tackles impressed the coach.

Pride are at home next week, hosting Central Queensland Capras while Easts face a tough challenge away to Burleigh Bears on Sunday afternoon. 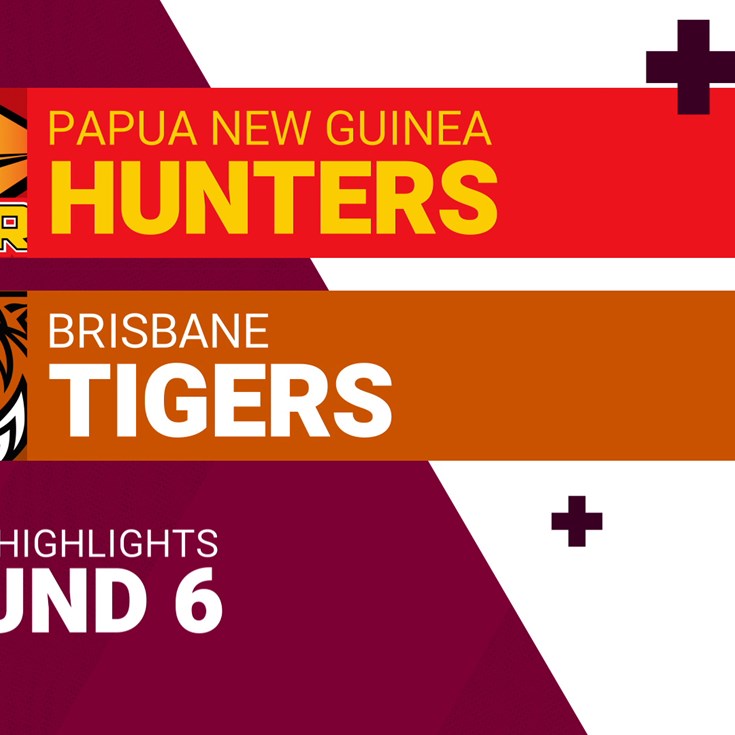