Queensland Maroons rookie David Fifita, after earning his debut State of Origin call-up, took care to share the importance of acknowledging where you come from and who you represent.

Already a beacon for many of his young former team mates and his family (including Queensland Under 18 star Tesi Niu); Fifita said he hoped his path would help inspire more players to reach for their goals, no matter their background or where they come from.

“I got to represent my Indigenous side (in the NRL All Stars game) this year and now, my state – so I'm fortunate enough to do that.

“I live out at Ipswich now and it’s good to be able to do that and represent my family and where I come from – it’s good.”

Like for most players in the team, family comes first for Fifita, who shared earlier in the year his mother was a particular driving force.

"It is my mum mainly. She is the reason why I do everything," he told NRL.com's Joel Gould.

"There were some hard times growing up and she has always been by my side and driving me to training. So long as she is happy, I'm happy."

Whilst he won’t be the youngest man to play for the Maroons (that honour still belongs to Ben Ikin in 1995), the former Queensland Under 16 Murri captain will become the first Maroon born in the 2000s to enter the Origin area.

It may seem a rapid rise to those on the outside, but for those who know young gun, it is something he was destined to achieve and something he worked incredibly hard for.

He described himself as “self-driven” and credited his commitment to his schooling for helping forge his path into the NRL – and now Origin.

While in Year 11 and Year 12, he would catch the 4.57am train to attend training before his classes at Keebra Park three times every week.

A schoolboy rugby league star, he won the Peter Sterling Medal in 2017 as he captained the side to the national title.

“The school, Keebra Park, they have done a lot for me," the former Souths Logan Magpies junior said.

"Mr (Greg) Lenton, Mr (Peter) Norman; I could name a few more coaches, but they have done so much for me, for my career.

“Living out at Redbank (Plains), Ipswich – travelling all the way down to the Gold Coast every day, I think that’s what made me the self-driven person.

“I called Mr Campbell this morning to let him know - he has been there since the start; he was really happy for me.

Fifita is someone who is not afraid to make goals and own them; and he is proof positivity about the power of a dream paired with a strong work ethic works.

“It’s something I dreamt of, since I was a little kid," Fifita said of his debut.

"(When) I got the phone call from Kevvie, I went a bit quiet – I rang my mum and she started crying 'cause she knew that was one of my goals and something that I wanted to do in my career, but yeah, I got it.

“I set my goals at the beginning of the year and I am slowly ticking them off and I still have heaps more goals.

“(I want the Queensland Under 18) boys to know can achieve anything they set their minds to.

“I didn’t think it would come this quickly – I did my goals at the beginning of the year and they came true, thank God.

“(I am) pretty privileged you know and I am very grateful for the opportunity Kevvie has given me and the staff that believe in me.

“I can’t wait to get out there next Wednesday.” 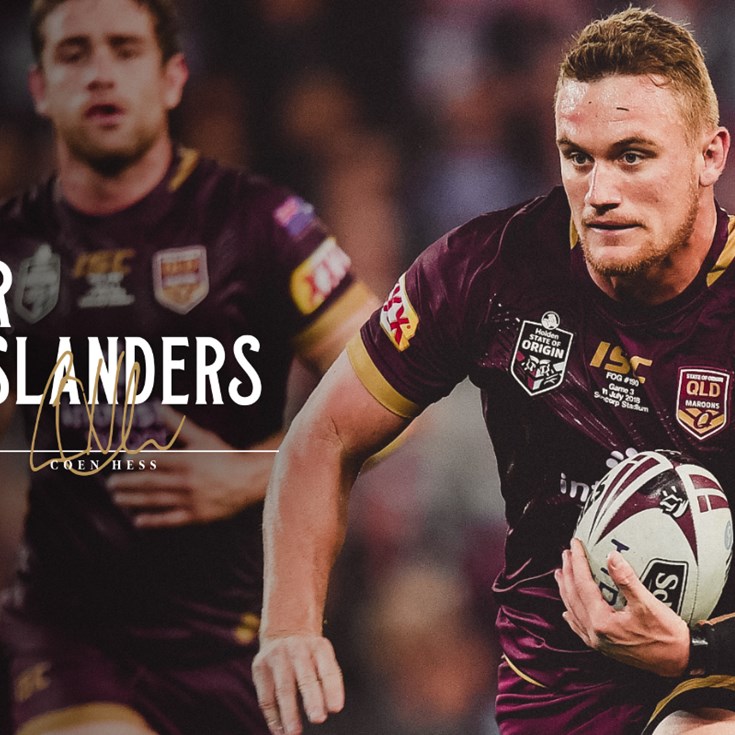 How the Origin debutant forwards stepped up