Nineteen boys - boys, not men - were sitting quietly in their cells at the Brisbane Watch House.

Surrounded by walls covered in graffiti and the bare essentials, most waiting to be transferred to a juvenile detention centre, they sat quietly. Some were reading, some watching movies, some sleeping.

These boys, most without a decent role model in their lives, have all made bad choices; many of them while under the influence of drugs, which led to them sitting there quietly.

These boys are only able to head outside to the exercise yard once each day, so don't see much outside the graffiti-covered walls. Many think they shouldn't either. Do the crime, do the time.

But these boys, off the drugs, are just that. Boys. Children who have made a wrong choice and many of whom cry themselves to sleep at night in their cell.

The Maroons spent two hours with the boys, talking about everything and anything. Giving them a break from the graffiti-covered walls, genuinely listening to them and offering them advice for their lives moving forward.

Gagai said it was a humbling experience; one he was glad he took part in.

"Having two sons myself, it's sad seeing some kids in there," Gagai said.

"It was a bit of an eye opener, especially meeting some of the boys in here and what they're in for and the amount of time they're in for.

"We want them to make the right choices. Obviously none of them want to be in this place; they all talk about how much they hate it.

"You've always got two options - one of them is right and one of them is wrong, and unfortunately they've taken the wrong path, but it's not too late for them to turn it around."

Cryer said the visit meant more than the Maroons would ever really know.

"One of the boys said he wished Will was his big brother, as he would look up to someone of that stature and would have loved that opportunity," Cryer said.

"The visit certainly broke the monotony of their day and is something they will remember for the rest of their lives and couldn’t believe that such legends - their words - would visit them, because they didn’t feel important enough for the Maroons to take the time out of their busy training schedule.

"All in all, the boys were shocked to say the least and all the staff have said the boys can’t stop talking about it.

"One of the boys was on the phone to his mum and said he couldn’t believe Cameron Munster was in the watch house, visiting the youth.

"Most said they were extremely excited and wanted the Maroons to smash the blues next Wednesday." 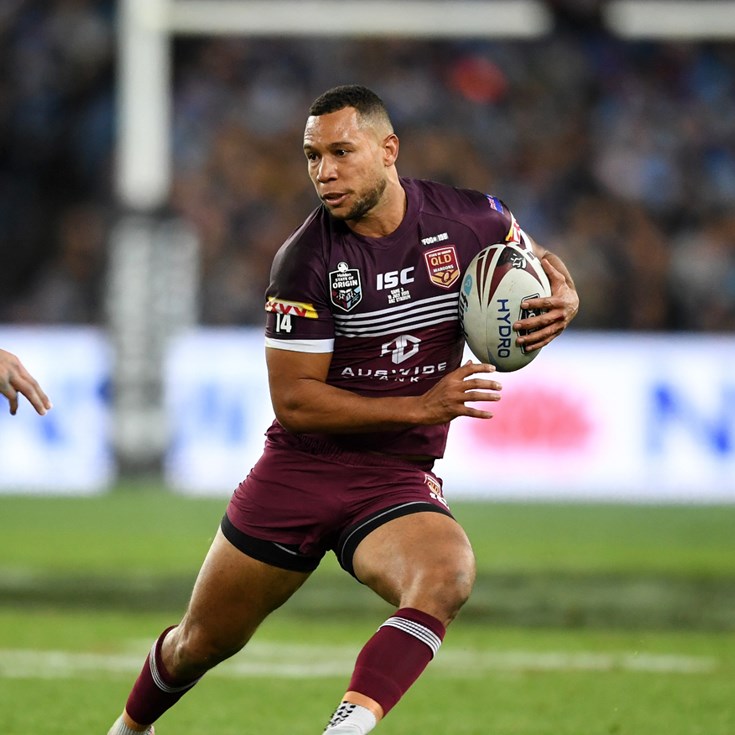