Queensland Under 20 lock Tom Gilbert has power, toughness and aggression beyond his years, but it is the way he thinks about the game that has the 18-year-old on track for a long and successful career.

The former Brisbane Grammar School student is studying business and intends to change to journalism shortly, so could also be set for a successful media career as well.

Gilbert, on contract to the North Queensland Cowboys until the end of next year, has been one of the Townsville Blackhawks' best this year in the Intrust Super Cup and is on the cusp of an NRL debut.

When it does eventuate, expect to see a player who resembles two of the best forwards in the game today.

New South Wales will find out just how far he has progressed during the last 12 months when the Queensland Under 20 vice-captain lines up at ANZ Stadium on Wednesday night.

Growing up, Gilbert was unsure of what position he would be play and looked up to the likes of Johnathan Thurston and "all the superstars" in the game.

When it became clear he was going to be a middle forward at 15, he honed in on two current State of Origin stars for NSW and Queensland.

"I look at players like Dale Finucane and Josh McGuire and I am really intrigued by the way they play,” Gilbert said.

"When McGuire moved up to the Cowboys at the start of pre-season, I was just in awe of the opportunity I had to learn from the best lock in the game at the moment.

"The way he backs up after Origin is enough to see what calibre of a player he is. He’ll make 40-odd tackles in an Origin and then rip in for the Cowboys.

To get himself in prime condition to do that Gilbert, now 96 kilograms, got the message from Cowboys coach Paul Green last year that he needed to have the size and strength to go with his all-out aggressive mentality.

"I did a fitness time halfway through last year and it was real good, one of the best. Greeny said to one of the strength coaches 'that’s alright, but he still needs to put on more weight'. That was how I got the message that I needed to put more weight on," Gilbert said.

"He just wanted me to be more physically prepared for a pre-season for myself really.

"I was 89 kilos at the time, so I put seven kilos on. I had ankle surgery last off-season so I was able to put weight on there, just not running and training as much. That made it a bit easier and I was able to recharge my batteries and focus on what I was eating to get bigger."

At the start of the season, Blackhawks coach Aaron Payne was quick to name Gilbert as his player to watch this year. Payne said it was a matter of "when not if" Gilbert played NRL. He has lived up to that billing in 15 Intrust Super Cup games this year, where he has averaged 30 tackles and 145 metres per game as the starting lock.

"I have learned how to adapt to my in-week regime to be consistent and prepare myself each week physically and mentally to execute my role," Gilbert said.

"In the 20s, the bottom couple of teams are easy games, but we don’t have that room in the Intrust Super Cup.

Payne has been a huge influence on Gilbert ever since he was signed to the Cowboys as a 15-year-old.

"I have known Payney since I was 15 and he and Glenn Hall up at the Cowboys have been guiding me through my junior footy," Gilbert said.

"I am always looking to them for feedback. Payney backed what I believe that I can do, and he believed in me too, so for him to give me that opportunity in Round 1, I was extremely grateful and I didn’t want to let him down."

Gilbert has reassessed his goals after getting himself ahead of schedule in 2019.

"I sat back after we had the bye last week and, because I am ahead of where I thought I would be, I thought ‘what do I want to achieve now?’ I definitely want to make my NRL debut this year but I also know my role in the squad," Gilbert said.

"I understand that even though the Cowboys aren’t performing as well on the ladder we have still got one of the best forward packs in the comp. To crack it in that forward pack I would need a couple of things to go my way.

“I love training with them and if the opportunity does come I want to take it but at the same time I am happy to be playing for the Blackhawks.

"What I have been working on with the Cowboys is to make sure the difference between my good and bad games is very little. I have that expectation on myself that if I do have a 'bad' game that in the eyes of the Blackhawks and Cowboys it is still going to be good enough. That is the standard I want to take with me through the rest of my career, that my bad game still needs to be a good game."

Gilbert is at home at the Cowboys in Townsville, even though he is a long way from his family home in Brisbane.

"I have got a twin brother [Will] and growing up his favourite team was the Cowboys. Dad was born in Proserpine, up north,” Gilbert said.

"I moved away from my family in Brisbane, but I get to play for my twin brother who is my best mate. I also potentially will also get the opportunity to play for the club that he loves, so it feels a bit closer to home." 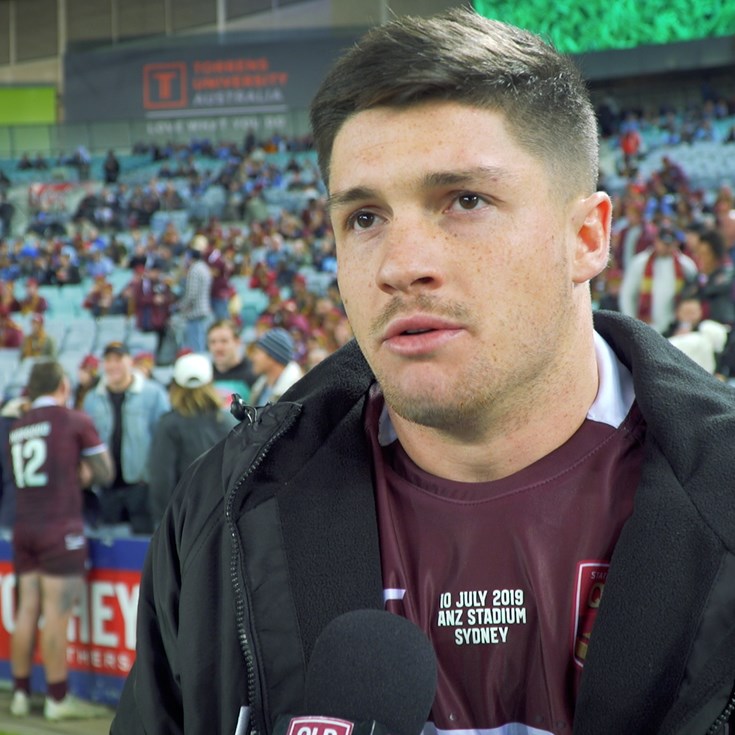