The Queensland Under 20 side is one driven by mateship and an indescribable passion for Queensland.

The young men, who will be led by captain Cory Paix and vice-captain Tom Gilbert, were presented with their jerseys last night by Maroons legend Petero Civoniceva ahead of their clash with New South Wales at ANZ Stadium at 5.15pm today.

Coaches Scott Prince and Paul Dyer both said preparations for the clash had gone well and they were extremely confident in the team's ability to step up for the state.

Prince said the players had the chance tonight to “put their name in some lights”.

“It’s a great opportunity for them to step up and show their worth ... prove how much they want it,” Prince said.

"In these games, it’s a two-horse race. You’ve got 70 minutes. Obviously when you win, everyone takes notice of the winning side.

"From a coach’s point of view, we try to create the best atmosphere and preparation for each individual, but as a side, I'm confident they’ll go out there and perform. We’re at a point where it’s left to the footy gods. Hopefully they’re smiling down on us."

Dyer said the team had a fantastic week, including an opposed session against the Maroons, and had really gelled as a group.

"It’s a great group of boys – not only to deal with from a coaching point of view, but off the field," Dyer said.

Dyer said it was up to the team now to rip in and do each other, their families and their state proud.

"From a preparation point of view, as a coaching staff, we’re really happy with the preparation. I think the players have got some confidence off the back of that. The rest is in their hands now," Dyer said.

"You sit here now as a coaching staff and you hand it over. Hopefully all the little things we worked on during the week, they can go and execute. Perform those skills under pressure. That’ll be the test for them."

Dyer said leaders Paix and Gilbert were “fantastic guys – future NRL players” and he was confident they would lift and lift the team for the big occasion.

"Our vice captain Tommy Gilbert is probably one of the form forwards in the Intrust Super Cup at the moment. That competition is one of the premier competitions in the world, so the fact that he’s doing that week-in, week-out at his age, in the position he plays, is a real credit to him," Dyer said.

"I’m sure, giving him that vice captaincy next to his name will help lift him to another level for this team. He’s been a wonderful leader around the camp all week. He leads by example with his efforts on the training field.

"I think tonight you’ll certainly see the best of Tommy with that Queensland jersey on, there’s no doubt about that.

"Cory Paix, our captain. He’s got a fantastic presence around the group. Both with his attitude to all the little things that make a good footy player. What I mean by that is his preparation is spot on, he gets on the training field – from the moment he steps off the bus, his head space is in a good place as far as what he wants to achieve out of the session. He’s a real professional with what he does.

"He plays in that position for us where he’s going to be our general, so it’s important he leads from the front. By the nature of his role, playing halfback.

"But  more importantly I think he’ll really handle the captaincy role and help lift him to another level. I think both boys will lift for Queensland."

Dyer said the entire team had been inspired by Civoniceva, after listening to stories of great Queenslanders of the past and what it meant to them to wear that jersey, and were ready to rip in.

"I think when we get there at game time, at 5.15pm, I don’t think these boys need much motivation to get out there and give it their best effort," Dyer said.

"What’ll be the difference between both sides will be the execution on the night and which team blinks first. The side that can go the 70 minutes and keep executing their plays will be the team that finishes on top. I’m confident that will be us." 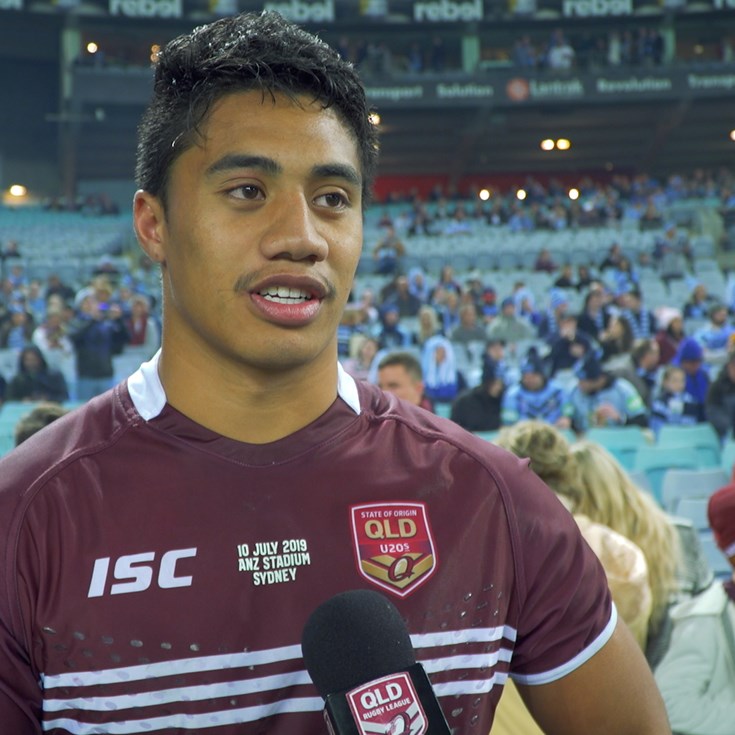