There was a sense of relief for Cameron Smith after the Melbourne Storm captain finished his 400th match with a stunning 40-16 victory over the Sharks on Saturday night.

All eyes were on Smith in the lead-up to his record-breaking feat and the Storm veteran didn't let his side down as he produced a vintage performance in the triumph over the Sharks.

It was the second time this season that Smith has been honoured following his effort to break Hazem El Masri's point-scoring record earlier this year, and the veteran hooker is starting to feel the toll.

While Smith was thrilled to bring up his 400-game milestone with an impressive win, he is now looking forward to switching his focus towards' the Storm's performance in the run home to the finals.

"It is a good feeling now it is done and particularly that we had a win," Smith said.

"This has been looming for quite some time and it has been hanging around for a little bit.

"As great as the week has been and how memorable tonight is and will be forever, it is nice to now focus on our normal preparation and normal training with no more distractions other than making sure we train well and play well in our remaining games."

A big crowd turned up at AAMI Park for Smith's milestone match, with the Storm captain admitting approximately 100 of the 22,737 people in attendance were tickets he had sourced for his family and friends.

The pre-game spectacle at the ground included a guard of honour by both sets of players and Queensland legends Johnathan Thurston and Billy Slater were on hand to deliver a moving tribute to their long time teammate and friend.

Smith given guard of honour on run out

Smith said the electric atmosphere was bordering on what he had experienced at Origin level.

"Tonight was unlike anything else," he said.

"It was almost like a finals game or State of Origin build up... it didn't feel like a normal mid-year game.

"I was really pleased we could go out and perform well."

There aren't many superlatives for Smith that Storm coach Craig Bellamy hasn't used over the years and the veteran mentor didn't hold back in his honest assessment of his captain.

"Not only is he an icon of our sport, he is an icon of Australian sport," Bellamy declared.

"He is the best player I have ever seen... I have never seen anyone match what he has done.

"For me to be his coach for 398 of his 400 games is quite surreal and sometimes I have got to pinch myself and realise how lucky I have been."

Smith takes to the stage at AAMI Park 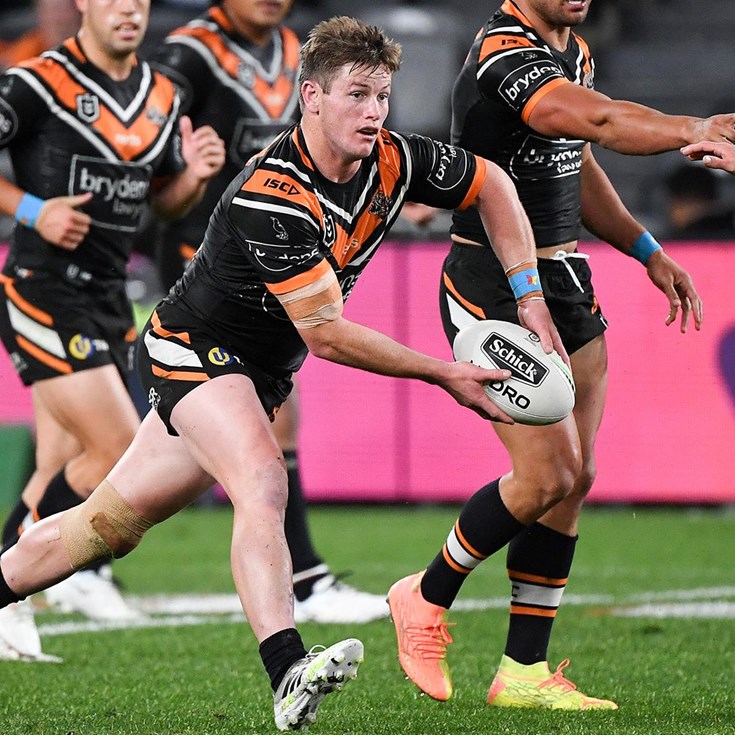