Norths Devils completed a dominant performances against Northern Pride, piling on the points to run away 62-14 winners at Barlow Park.

Devils flyer Herbie Farnworth scored four of the Devils' 11 tries, and kicked nine from 11 conversions, during the Round 20 clash to score 34 of the Devils' 62 total.

It was the Devils' most dominant attacking display since Rohan Smith took over as coach.

The win - and the massive boost in points differential - cemented the Devils in fifth place and pushed them 10 points clear of ninth-placed Ipswich with three rounds to play.

In the high scoring match, the Devils showed just why they were finals material in 2019, running in a whopping 11 tries against a Pride side who struggled to match it with their more fancied opponents.

With plenty to play for in this Round 20 match, the Devils wasted no time in making the Pride play for some poor discipline, when Sean O’Sullivan latched onto a wobbly grubber kick to give the Devils an early 6-0 lead.

In worrying signs for the Pride, the Devils continued to roll forward with ease and a lovely Jack Ahearn cut out pass found the chest of a flying Farnworth, who crossed in the corner to extend their lead in the ninth minute.

A lovely kicking game from both O’Sullivan and Troy Dargan continued to apply pressure for the Devils, and some lovely footwork from Dargan saw the young half score under the posts to give his side a quick 18-0 lead.

Experienced Pride forward Maurice Blair provided some relief from the onslaught, when he crashed through a number of would-be tacklers to make it 18-4 in the 19th minute.

As ill-discipline continued to gift the Devils good field position, O’Sullivan made the Pride pay when he delivered a nice short pass to second rower Brendan Frei who broke through to score in the 26th minute.

A short side play from the Devils caught the Pride napping late in the first half, and a lovely Dargan pass sent Farnworth over for his second try in the 39th minute.

That proved to be the last play of the half, with the Devils boasting a comfortable 30-4 lead heading into the sheds.

Much like the first half, the Devils came out firing after the break and fullback Ahearn was able to pop a ball over the top to send Farnworth over in the corner for his hat-trick.

The Devils then heaped more pain on the Pride, as Ahearn crossed for a try of his own only minutes later to extend the lead to 42-4.

With the Pride down a man after Brad Lupi’s sin bin, Farnworth continued to pile on the points as he scored his fourth try of the evening in the 54th minute to make it 46-4.

The Devils then reached 50 points for the match, when Ethan Bullemor broke through to send Jordan Riki over in the 57th minute.

In the 61st minute, Frei was able to snare his second try for the evening, when he latched onto a lovely O’Sullivan kick to make it 56-4.

A short side play from the Pride saw Javid Bowen slice through in the 68th minute to give them some momentary joy in an otherwise poor showing.

However, from the kick off, an attempted shift went horribly wrong and Paul Ulberg swooped onto the loose ball to cross for his 11th try this season.

The match continued to provide plenty of points for the local Cairns crowd, when Matthew Musumeci latched onto a lovely kick to cross in the 74th minute.

That proved to be the end of the points scoring spree, with young Devils winger Farnworth finishing the match with a whopping 34 points.

The Devils dominated from start to finish and the score line represented the one-way contest, as they ran out eventual 62-14 winners, handing the Pride their fifth straight defeat.

Pride will face Burleigh Bears in Round 21. 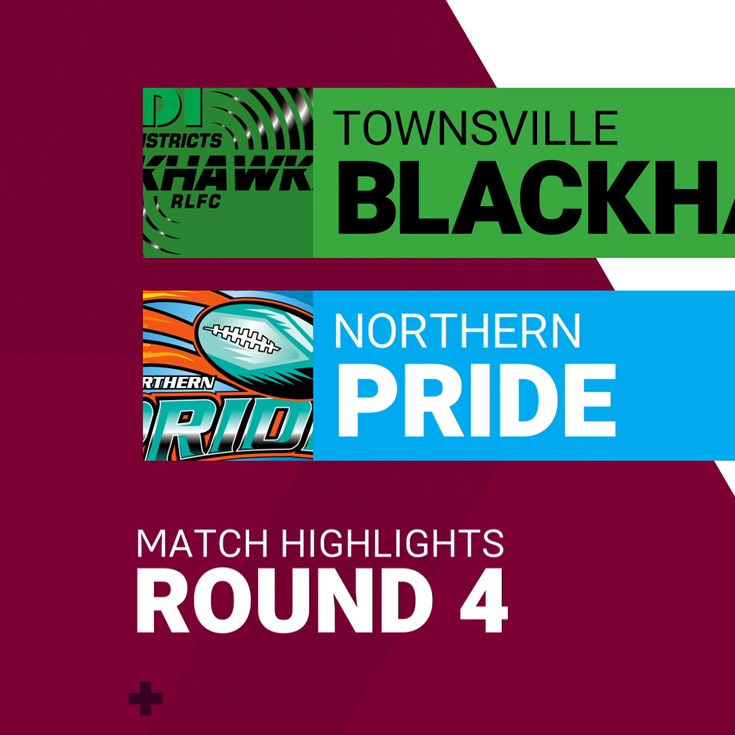