Sydney Roosters coach Trent Robinson was asked ahead of Saturday night's game against St George Illawarra whether his team was playing as well now as they were at the corresponding time of last year’s premiership-winning campaign.

After turning on a first-half clinic to triumph 34-12 at Netstrata Jubilee Stadium, the Roosters appear to be as well placed to win back-to-back grand finals as any team since Brisbane achieved the feat in 1992-93.

Like the Knights, the Roosters play at speed and continually have bodies in motion to provide halfback Cooper Cronk with options to choose from every time he receives the ball.

Cronk is the Roosters' version of Johns and his attention to detail was demonstrated by two first-half kicks – a sideline conversion after Joey Manu’s eighth-minute try and a deliberate 35-metre cross-field hook for winger Daniel Tupou to score seven minutes before the interval.

It was Cronk’s first conversion attempt since 2013, while playing for Melbourne, and his only previous goal was more than a decade ago in 2008 but the 35-year-old had no hesitation putting his hand up to deputise for Latrell Mitchell.

With Mitchell ruled out due to a calf injury, Cronk landed four goals and while he didn’t score himself the superstar halfback laid on three of his team’s six tries with clever passes and deft kicks.

None demonstrated Cronk’s ability to read the game better than his kick for Tupou’s try in the 33rd minute.

Receiving the ball 10 metres from the Dragons line and 20 metres in from the sideline, Cronk looked straight ahead and hooked the ball across field for Tupou to catch it in the opposite corner and stroll a few metres for a try.

Cronk had previously enjoyed success with the ploy when he kicked for Kurt Mann at Melbourne in 2013 and in the 2017 Origin series when Queensland winger Corey Oates was the recipient.

He tried it last weekend against Gold Coast but Mitchell and Tupou got in each other's way.

The Roosters went to half-time with a 28-0 lead the only question being asked besides how much would they win by was whether anyone could stop them going back-to-back this season.

Welcome to the NRL, Billy Smith

“I think they are certainly a side that can pick you apart pretty quickly," Dragons coach Paul McGregor said. "They’ve got good attack across the park and they play at speed with the footy, they get off their line really hard defensively and they are very well drilled so I certainly see them fighting it out at the finish, for sure.

"It would be nice to see a team like that go back to back. We haven’t had it for a long time but they are resting people too so they will be nice and fresh come finals time and they are in really good form.

"They have scored 50 points, 40 and 40 in the past three weeks and they put another 30 on tonight so they are a very good footy team."

Besides Mitchell, the Roosters were also missing co-captains Boyd Cordner and Jake Friend but fullback James Tedesco was almost unstoppable as he continued the form that many believe will earn him the Dally M Medal, while five-eighth Luke Keary was also outstanding.

The only shining light for St George Illawarra was the debut of 21-year-old fullback Tristan Sailor, who was presented his first NRL jersey by parents Wendell and Tara after being called in to replace halfback Ben Hunt.

Sailor scored a try in the 53rd minute after combining with halves Gareth Widdop and Corey Norman and ran for 152 metres in an impressive entry to the top level that confirmed he will be a contender for the Dragons No.1 jersey in 2020.

Fellow debutant Billy Smith, a 19-year-old former schoolboy rugby union star, also scored for the Roosters after backing up a 16th-minute break by Tedesco, who was sent racing into the clear by Keary.

Another Sailor scoring in the famous Red V

Prop Isaac Liu pounced on a Keary grubber kick to score in the 12th minute, while Cronk put lock Victor Radley over in the 27th minute as the Roosters turned on a razzle dazzle first-half performance in which they didn’t make an error.

When Cronk put Tedesco over in the 50th minute, the Roosters looked poised to better their average scoreline of 38-10 in the previous five matches but Sailor’s try and another by Dragons second-rower Luciano Leilua midway through the second half halted their dominance.

“I thought our intensity from the first to the 40th was outstanding," Roosters coach Trent Robinson said. "I thought we attacked the game in all areas, offensively, defensively, transitions, small parts of the game. I thought it was a really good performance in that first 40 minutes.

“We have been outstanding in the second halves, we have been in a lot of areas the best in the game coming out of halftime since halfway through the season and that was a disappointing way for us to come out. We definitely played the scoreboard." 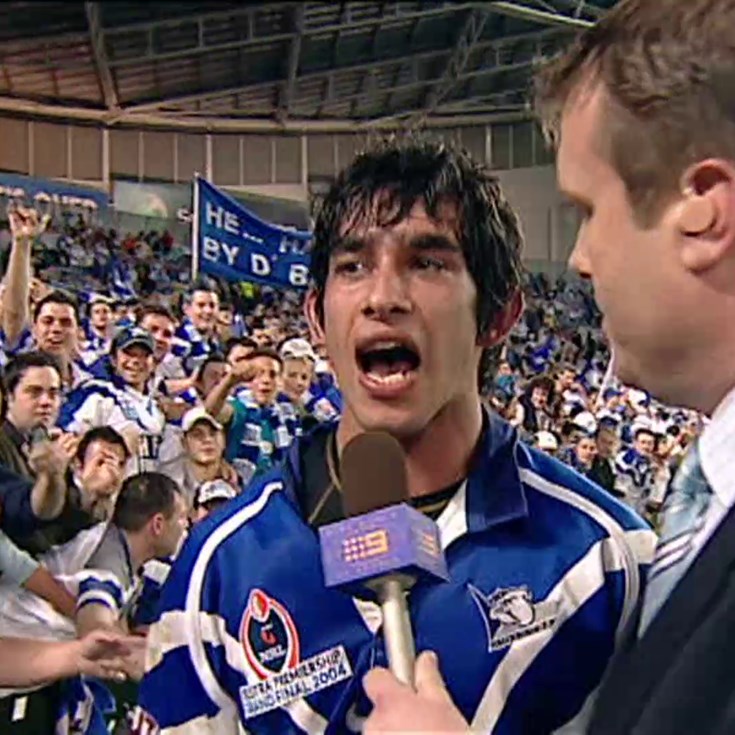