The Titans’ new coaching structure for 2020 is now complete, with two-time Intrust Super Cup premiership-winning coach Jim Lenihan to join the Gold Coast’s NRL team as assistant coach for the next three seasons.

Lenihan won his second Intrust Super Cup title in four seasons as head coach of Burleigh when the Bears defeated Wynnum Manly in the 2019 grand final at Dolphin Stadium.

Lenihan is a former Gold Coast Seagulls player who made 46 ARL / NRL appearances for the Gold Coast and St George between 1995 and 1998, before finishing his playing career with a 21-game stint in Super League with the Huddersfield Giants.

The 46-year-old lives on the Gold Coast and has long ties with the region, having two stints as head coach of Burleigh, serving as Bears assistant coach under Rick Stone, and winning a premiership as coach of the Bilambil Jets in the Gold Coast Rugby League competition.

He also has experience with the Titans squad, having served as a coaching consultant at the back end of the 2019 NRL season.

“Jimmy has proven himself as a terrific coach during his successful tenure at Burleigh, not just for the premierships he has won, but for the way he has been able to extract the best out of his players,” Mitchell said.

“It is a tremendously exciting prospect for the Titans that – if things go as we hope with Justin Holbrook and St Helens on the weekend – that we may have two current premiership coaches from two different competitions working together at our club next year.

“Jimmy ticks a lot of boxes in what we were looking for in an assistant coach. He is a very successful coach, he is a long-time Gold Coast resident with strong connections to local rugby league and the local community with a genuine desire to see our region succeed in the NRL.

“True to Jim’s character, he identified aspects of the role where he needed to develop during his first stint as Burleigh coach.

“He went away to improve himself with Bilambil, won a premiership and returned to the Bears a more complete coach.

“He now has two Intrust Super Cup premierships to show for his hard work, and his willingness to start at the grassroots and work his way forwards.”

“Certainly, the fact that Jimmy is a Gold Coast Old Boy adds to the fabric of the Titans’ story, and that of rugby league on the Gold Coast,” Mitchell said.

“But I think Jimmy’s ascension from Gold Coast player, to coach with Bilambil, the Bears and now with the Titans is an important reminder that the Titans are here to serve as that pathway for talented locals wanting to reach NRL level.

“We have a great relationship with our Intrust Super Cup affiliate clubs in Burleigh and Tweed Seagulls, and Jimmy’s appointment reaffirms our commitment to providing NRL opportunities to individuals who excel at that level.

“It is not just about players. Coaches, administrators, high-performance staff – whoever it may be – will know that a pathway to the NRL exists by being a part of the Titans development system.”

Burleigh Bears chief executive Damian Driscoll said Lenihan deserved his opportunity in an NRL system, and said his new role with the Titans was a reward for Lenihan’s hard work, and a reflection of the quality of the Intrust Super Cup.

“Jimmy will absolutely be missed. He has been an integral part of the Burleigh Bears for a very long time,” Driscoll said.

“But there is no more deserving person for this type of opportunity than Jimmy.

“He leaves the Bears in a terrific position, not just in regards to our success on the field, but the legacy he leaves behind around the Club’s culture and values that are at the heart of everything that we do at Burleigh.

“This opportunity is a fitting reward for all of Jimmy’s hard work, and an acknowledgement too of the great work we are doing as a club to provide opportunities for everyone at the Bears to progress their careers to higher levels.

“The Intrust Super Cup is the breeding ground for the NRL stars of tomorrow – players and coaches. That development role is one that we are proud to play a part in.

“To see Jimmy reach the next step in his coaching career is another significant victory for the Burleigh Bears in a wonderful season.” 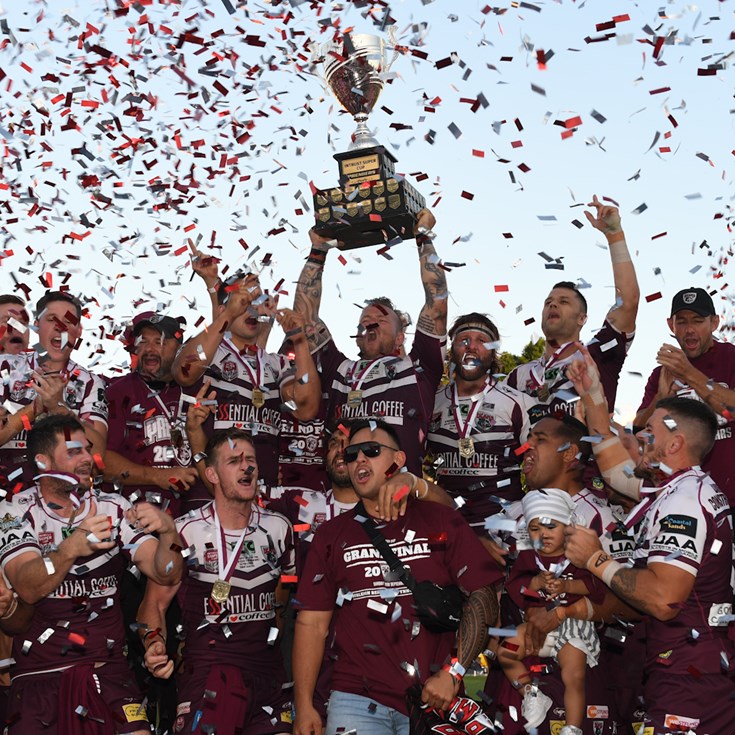