The Maroons farewelled two outstanding centres in 2019 but coach Kevin Walters is convinced he has enough talent at his disposal to bring the Origin shield back to Queensland.

All-time State of Origin leading try scorer Greg Inglis retired at the start of last season after 32 games with the Maroons and at the end of 2019 Will Chambers left the Storm to play rugby union in Japan after 13 Origin games.

An examination of the 33 players that will attend a Maroons training camp in early February shows that only Dane Gagai has forged a career as a specialist centre.

Walters told NRL.com that Gagai, Michael Morgan, Moses Mbye and new Penrith signing Kurt Capewell would all be in the mix to play centre this year. Gagai has played all but one of his 13 games for the Maroons on the wing.

With Valentine Holmes back in the NRL with the Cowboys after his NFL dalliance, the obvious option for Walters is to slot Holmes back on the wing and switch Gagai to the centres where he has played the majority of his 184 first grade games.

Mbye and Morgan have played most of their NRL careers in the halves while Capewell has played mainly as a back-rower. Walters said all those players could do the job for Queensland if required.

He has the ability to make the step up in class

The versatile Capewell, who was used as a centre on occasion for the Sharks, was in Maroons camp for game one and two of last year's series and on the cusp of his Origin debut while Morgan and Mbye both lined up in the centres during the 2019 series, which Queensland lost 2-1.

"Kurt could play centre. He is one player we identified last year in particular and brought him in and around the group. I am sure that he will bust into the team somewhere this year," Walters told NRL.com.

"The ball is in Kurt's court but he certainly has the ability to make the step up in class and is a very strong character and person.

"Dane Gagai is another one we are looking at because he has played centre at Origin level before. If he feels as though that is his best position then he is another one who can shoot into the frame.

"We are well aware of Michael Morgan and Moses Mbye's capabilities there. Morgan has played a few games there for us with some success and I thought Moses did a really good job in his one game in the centres last year in Game Three.

"They are all really strong options but we all know Origin is won through the middle where we have some really strong, young guys coming through and the older guys like Josh Papalii, Josh McGuire and Tim Glasby who will be leading the way as well."

Cronulla's Ronaldo Mulitalo is another outside back in the squad and he 21-year-old's progress will be watched closely by the Maroons in 2020.

The Maroons have a history of slotting in outside backs in positions that they don't usually play in the NRL. Darius Boyd played most of his 28 games for Queensland on the wing despite being a fullback in clubland for more than a decade.

"I am really positive that we are in a good position, and there are opportunities for the guys in the outside backs positions. We have enough talent there to win the series," Walters said. 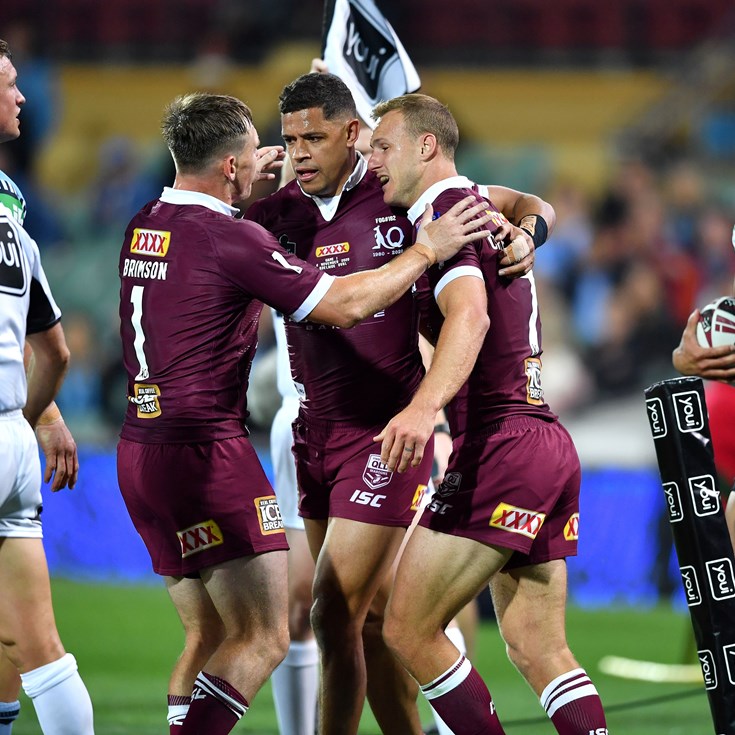 Stat of Origin: Queensland Maroons by the numbers