Norths Devils got their 2020 Intrust Super Cup campaign started in dramatic fashion with a heart-stopping 23-22 victory at BB Print Stadium.

The visitors would prove the better team for the first stanza of the contest, racing to an early lead before being chased down by the resurgent Cutters, but Jack Ahearn was the match winner for the visitors, producing a field goal in the dying moments.

“It wasn’t the best kick but it got the result and that’s what we were chasing,” Ahearn said.

“They’re always a team that challenges you and we had to hang in there and wait for that chance.

“It’s good to get that win because we didn’t make things easy for ourselves tonight but we were able to find a way out of it.”

Earlier in the game, Mackay got the new season off to a flying start, with quick passing out to the left flank seeing Yamba Bowie draw first blood for the hosts and a four-point lead with their very first set of the match.

The Cutters were unable to convert field position into points on their following drive however, instead letting Norths downfield to build pressure, with Harry Freebairn eventually finding space enough to score with a show-and-go, Bryce Donovan’s successful conversion nosing the visitors into the lead.

Freebairn would double-up on the very next set, linking up with his inside men off the back of good momentum to extend the Devils’ lead, before Ahearn found Nixon Putt with a long cut-out ball moments later to give the Devils a 10-point advantage midway through the first half.

Mackay found an answer to the onslaught through a hard-charging Reuben Cotter, the dummy-half latching onto a pass from his outside man to score beside the posts to bring the contest to within a single try.

Norths scored next as Brenden Frei snuck past spongy Mackay defence on the final tackle of the set.

However, Cotter made sure the hosts headed into halftime with wind in their sails as he powered his way across to score his second try of the night with the siren sounding.

A massive effort by our @intrustsupercup team tonight as we took on @northsdevilsrlfc at home. With a final score of 23 - 22 to the Devils, it wasn’t the result we hoped for but we are excited to see where season 2020 takes us. Well done to @northsdevilsrlfc 😎

Norths then earned themselves a penalty pressuring the Cutters line midway through the second half, with Bryce Donovan slotting the resulting goal to push the lead to eight; a decision that would prove critical a short time later as the Cutters responded, Ata Hingano flicking a neat pass back inside to a flying Luke Polselli who scored untouched beside the posts.

Mackay then earn a crucial penalty of their own inside the final 10 minutes of the game, Bowie slotting the goal to level the scores.

But it was Ahearn who would sink the hearts of the Mackay faithful, slotting a field goal in the final minute to give Norths the victory.

“There’s a lot to fix,” Mackay coach Michael Crawley said after the game.

“I think that we competed for large portions of the game, but we didn’t make the right decisions under pressure and they got on a roll and we weren’t able to stop them.

“(Norths) are an experienced side, and we’re fairly new, but I think we held our own, but if we can fix the lapses we’ll be a much better side against Burleigh.”

“The boys looked like they were enjoying that last 10 minutes even though the game was tight,” Smith said.

“It’s been an eventful week so it was pleasing that we were able to execute that way in the end and win the moment.”

The Devils next face Northern Pride. 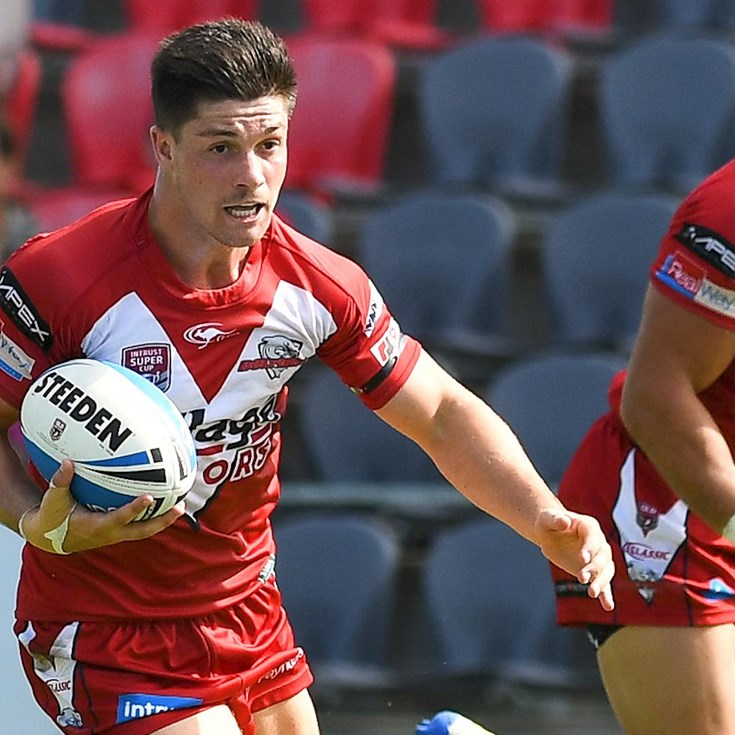