A second half resurgence, including a hat-trick to Terry Wapi, saw the PNG Hunters open their 2020 season with a victory at Davies Park on Sunday afternoon.

It was all the Magpies early on however and the home side opened up proceedings in a hurry with Vaea Vaea getting across early in the half after some great ball playing on the left edge.

However, this was quickly answered by the Hunters with Keven Appo following up on an offload and putting the ball down under the posts.

In the free-flowing first half, Souths added three more tries before the bell with some individual brilliance from Tom Dearden; showing and going to cross down the left edge of the PNG defence.

Cory Paix was also in the action and his grubber and return to Tesi Nui who barged his way over.

Rory Ferguson also crossed in the 36th minute off a fantastic line run out wide to send the Magpies into the half with all the momentum at the break.

The Magpies then came out after halftime and extended their lead to what would be the final points of the day for the home side, with Mitchell Frei scoring in a carbon copy fashion of Muller to put Souths Logan clear by 30-6.

The Hunters were then were dragged back into the game through some fantastic team play.

Firstly, Appo got his second, which then sparked fullback Terry Wapi who grabbed a hat-trick within in an 18-minute passage of play, crossing in the 55th, 57th and 73rd minute to even the game.

A late hit on the kicker gave PNG a penalty kick from 10m out and straight in front.

This was knocked over by captain Ase Boas, allowing PNG to have the final say in an exciting Round 1 fixture.

Despite the loss, Magpies and Brisbane Broncos hooker Cory Paix – who was on debut for the club – praised his side’s effort for the first 60 minutes of the game, but conceded they had to work on keeping their concentration for the full game.

“We fought well for the first round, but had a 20-minute lapse of concentration which ultimately cost us in the end,” Paix said.

PNG Hunters will next week face Townsville Blackhawks in Round 2

The Souths Logan Magpies will host Wynnum Manly Seagulls in the Channel 9 TV game at 12.10pm on Sunday. 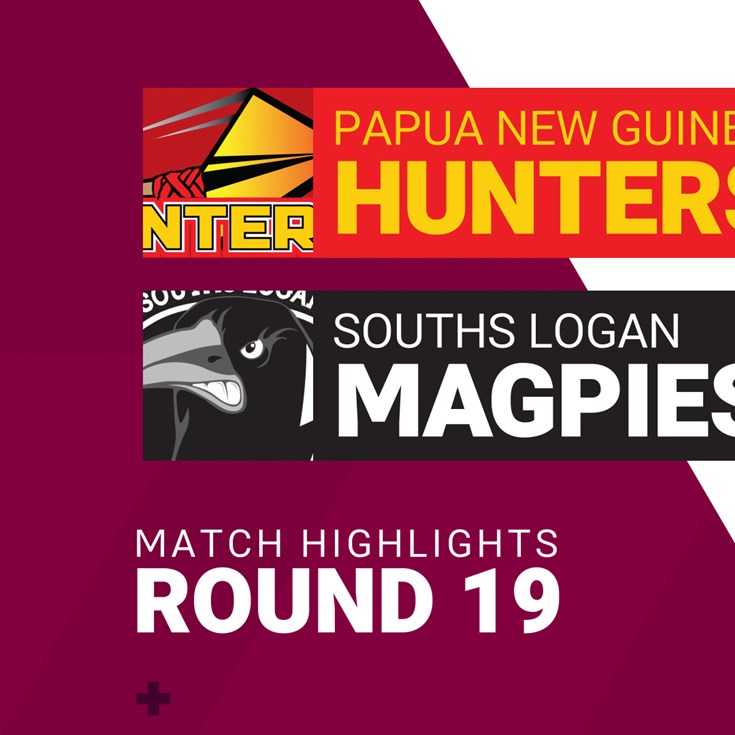