One of North Queensland's favourite sons has won over the fans to claim the honour of best lock to play during the past 25 years of the Intrust Super Cup competition.

We asked you, the fans, to have your say on who you thought should take out the title and the votes are in, with Ben Spina securing 33 per cent of the 1396 votes submitted.

Close behind him where the other nominees for the position with Danny Coburn claiming 21 per cent, Keiron Lander securing 17 per cent, followed by Jai Arrow with 14 per cent and Joel Riethmuller with 11 per cent.

There were also votes cast for other warriors of the Intrust Super Cup competition, including former Mackay Cutters captain Jardine Bobongie (pictured above) and Redcliffe Dolphins great Grant Flugge.

In the end, Spina's high work rate and standing helped the Northern Pride fan favourite come through to claim the popular vote, there was plenty of praise for his fellow nominees. Here's what some of you had to say:

"Coburn for me. You just couldn’t run near him or he’d crack you in defence! His work rate was phenomenal" - Dean Allen

"Another great group nominees in a toss of the coin decision I take Joel Riethmuller from Kieran Lander. In my totally biased view Grant Flugge while he doesn’t have the profile of the others his credentials are right up there for nominations 179 Intrust Super Cup matches 5 grand finals for 4 wins but you can’t nominate everyone or the list would be mile long" - Jon Sloan

Stay tuned to QRL.com.au on Tuesday, June 2, to have your say on who you think has been the best utility to play during 25 years of the Intrust Super Cup. 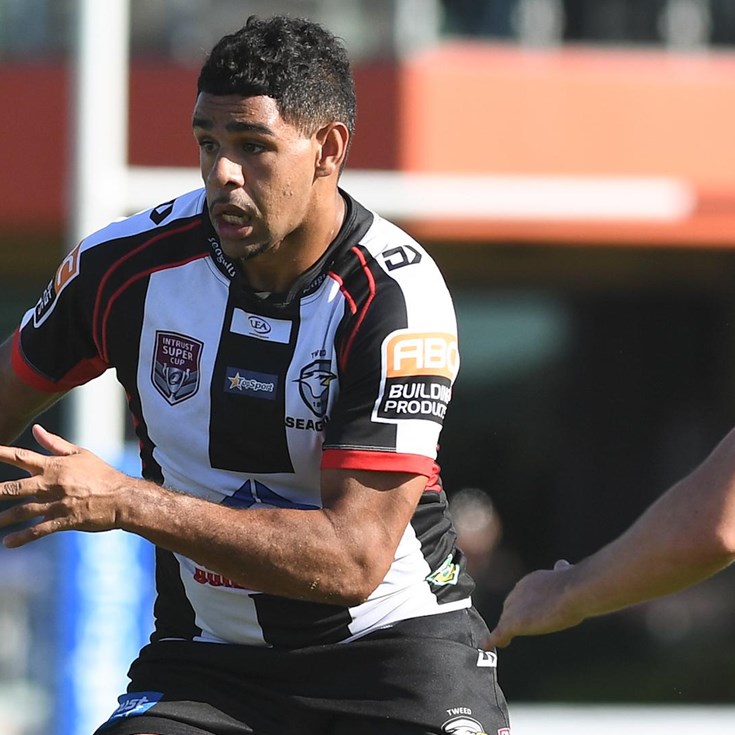