It’s a partnership that could be the equal of many of the great on-field combinations – and now Queensland Maroons fans can join in the celebrations themselves.

Throughout this year’s State of Origins series, the Maroons will proudly wear an eye-catching XXXX training jersey as a nod to the QRL’s 30-year partnership with the iconic brand.

From today, supporters can purchase the limited edition jersey from MaroonsShop.com and Rebel.

The design reflects the connection between the Maroons and the XXXX brand, a link that QRL managing director Robert Moore believes is only getting stronger by the year.

"There has always been a tremendous synergy between XXXX and rugby league in Queensland,” Moore said.

“From our point of view, it is heartening to have a partner like XXXX because their investment not only helps the Maroons, but delivers outcomes for all levels of rugby league in Queensland.

“It’s a partnership that some may say would rival many of the great on-field combinations – like Lewis and Langer, and Thurston and Cronk.”

James Brindley, managing director of Lion Australia, said the 30-year partnership between XXXX and the Maroons was a source of enormous pride for the brand and the people of Lion.

“2020 has been a tough year for Queenslanders. State of Origin is one of the biggest annual events in Australian sport, and the jewel in the crown of the rugby league calendar,” Brindley said.

“The dates may have changed, but XXXX’s commitment to standing by Queenslanders in cheering on the mighty Maroons remains steadfast.

“XXXX is Queensland through and through, which is why our partnership with the Maroons has stood the test of time. We’ve been sitting in the dressing rooms, for every game over the past 30 years.

“We’ve been in the hands of the punters as we’ve seen Origin heroes come and go, battles won and lost. We’ve been spread across fences, goal posts, jerseys and fields across all levels of rugby league in the Sunshine State, as we support the next crop coming through. XXXX will continue to be there for many years to come.”

QRL creative and design lead Callan Jones said the team set out to create a jersey that reflected the connection the Maroons had developed with the XXXX brand over the past three decades.

“Making the jersey predominately yellow allows the XXXX brand to shine through, and by adding touches of maroon, we were able to cement that link," Jones said.

“From this, we created the sun which is reflective of both the sun that appears on the label but also ties back to Queensland as the Sunshine State.

“The iconic Milton Brewery was an important image to capture as well, as it’s a sight synonymous with XXXX, and it is also the path that leads the way to the cauldron on Origin night.”

Maroon Members can enjoy 10 per cent off the jersey, and if you are not already a member, check out the new XXXX Maroon Memberships available now on Maroons Shop for just $20. 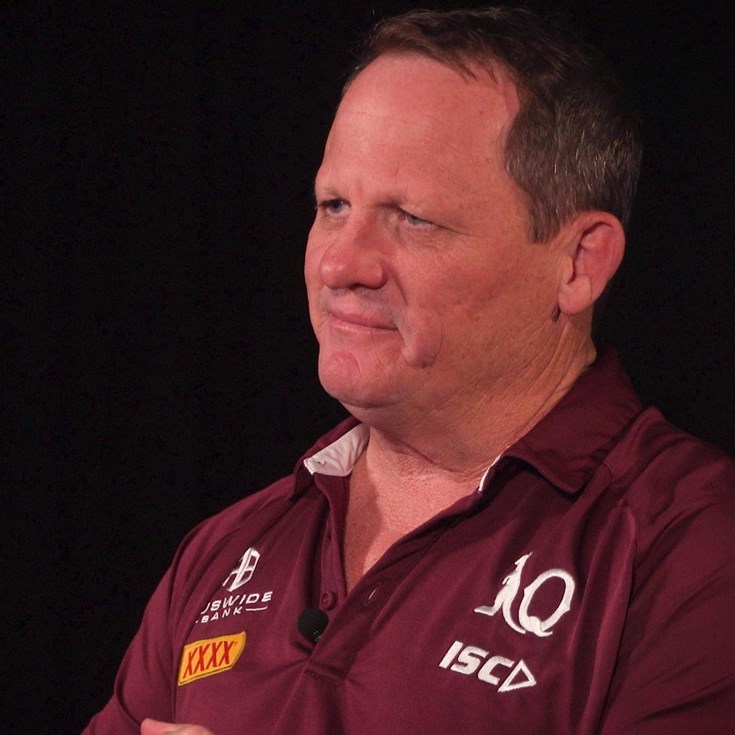 'I'll always be part of the Queensland family'