Shaniah Power never expected her first competition game this year would be taking place in Brisbane with the colours of the West Brisbane Panthers on her jersey.

Having originally registered with BHP Premiership side North Queensland Gold Stars, Power missed their Round 1 win over Brothers Ipswich as she was in quarantine having returned from overseas; and then the competition was called off due to COVID-19.

However, with the new southeast Queensland-based Holcim Cup kicking off this weekend, the competition presented elite level women’s players with the opportunity to return to the playing field; just in a different format – and for some players – with a different team.

“When they first mentioned they could fly me down for games, I was definitely interested, but I said, ‘would it be easier if I had moved down?’ and they said 'yes',” Power said.

“I have had two friends from the same club, the North Queensland Gold Stars (Romy Teitzel and Riutoto Te Hiko), move down as well, so we are living together, along with Tamika Upton from the Brisbane Broncos (and Central Queensland Capras), so we are all in a little share house at the moment.”

The quartet are some of the players who have moved to Brisbane after being reallocated to the five southeast Queensland-based clubs taking part in the Holcim Cup competition, while other players will take part via a fly-in, fly-out system.

A selection of Brothers Ipswich players such as Harvey Norman Queensland Maroons hooker and former NRLW Dally M winner Brittany Breayley have also been reallocated to other teams.

This weekend’s Round 1 games kick off at West Mitchelton with all teams in action. Each round will consist of five 30-minute halves, with all teams playing 60 minutes each weekend to avoid a bye.

The games will all be livestreamed via QRL.com.au and QRL Facebook page.

More about the competition format can be found here.

For Power, this weekend will be the first football she has played since featuring in the NRL Women’s Indigenous All Stars win way back in February of this year.

Overall, the whole experience of the football shutdown was a challenge, but one the Maroons squad member used to work on bettering herself.

“(The shutdown) was a really good time for me to learn about myself actually, because I was relying on gym to get me motivated, so I had to motivate myself,” Power said.

“Having the Maroons Zoom sessions really helped because it motivated me to do my own stuff outside of that and I learnt more about body weights and I did more research into different types of workouts just to keep it interesting which was good.

“I learnt about staying pretty fit – but it is different from running out on the paddock.

“I am very, very happy to be back and I am so excited to be playing this weekend.

“We are taking on Souths and Tamika Upton is playing, who is our housemate, so it’s a fun rivalry in the house actually.” 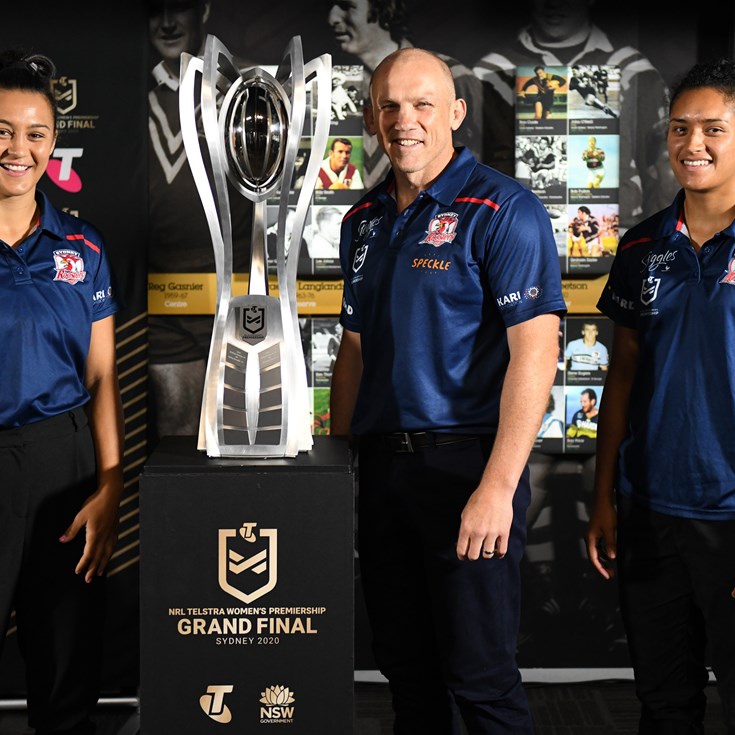 'It was a very special moment... but as a referee, not a female'