By Round 1, 2021, more than 365 days will have passed since the Intrust Super Cup season was cancelled due to the COVID-19 pandemic.

The great news is, Queensland's favourite statewide competition is back in the new year and there are plenty of exciting clashes that everyone is talking about.

Here are 10 of the best matchups that we believe should not be missed in 2021.

To kick off the 2021 season, Ipswich Jets host Townsville Blackhawks in the annual Defence Force Appreciation Day, celebrating the valued contribution service men and women make for the nation.

The matchup between the 2015 grand final combatants couldn't be any more even. In the 13 times they've faced off; the Blackhawks have won seven games to Ipswich's six.

The Blackhawks have got the spoils in the last two clashes on this day, most recently in 2020's only game of the season for the two teams, coming from behind to score 14 unanswered points to win 16-10.

The Jets will be aiming to start their season on a high in Round 1 with a big day expected at North Ipswich Reserve.

This is an age-old rivalry between two northside foes that has plenty of history behind it and Pathion Park will host the 2021 instalment of the encounter as both clubs battle it out to be the kings of the north.

Redcliffe have dominated the head-to-head in the last 10 encounters (seven to three), but the Devils have won the last two against the Dolphins.

With Redcliffe ceasing their affiliation with Brisbane to take up an opportunity with the Warriors, it's expected a number of Broncos-contracted players who previously pulled on the red and white will now be in action for the Devils. Rohan Smith's men will be hoping to make it three on the trot against the 'Phins when they face off in Round 2.

It is the battle for bragging rights on the Gold Coast and you couldn't get a more fierce rivalry between the two Titans feeder clubs.

Featuring again as a highly-anticipated matchup in XXXX Rivalry Round, Burleigh have dominated the previous two outings, racking up big scores against their cross-city rivals.

But the Seagulls will be hoping to turn the tables when the Bears travel to Piggabeen in Round 4; however, it is a feat they haven't been able to do since Round 12, 2015.

Another opportunity to become the kings of the glitter strip will come in Round 13 at Pizzey Park.

Another iconic rivalry that's set to take centre stage in XXXX Rivalry Round.

Separated by the Bruce Highway, these two Capricornia clubs have formed a formidable rivalry over the years, especially when former premiership-winning Cutters coach Kim Williams made the trek to the beef capital to take helm of the Capras permanently in 2016.

Mackay broke Central Queensland hearts in the last outing between these two, scoring two tries in the last seven minutes to steal the Round 17, 2019 victory in Gladstone, lighting the fire in the belly for the Capras to come out in Round 4 at Browne Park to get one back on their country cousins.

The two will face off again in Round 13, this time at BB Print Stadium, Mackay.

The Cairns v Townsville rivalry has been in existence even well before the Foley Shield was introduced in 1948 and it's flourished at Intrust Super Cup level when the Blackhawks entered the fold in 2015.

Despite Cairns having bragging rights with the number of Foley Shield victories they have claimed, Townsville have dominated at Cup level, winning the last eight from 10 and despatching the Pride 60-6 in their most recent encounter.

A huge crowd is expected to pack in at the refurbished Jack Manski Oval for this North Queensland derby as part of XXXX Rivalry Round, and the same will also be anticipated when the two meet again in Round 13 at Barlow Park.

These two form another classic rivalry to determine who is the superior bayside suburb of the south east.

Famously squaring off in the 2012 decider, it was Wynnum Manly who lifted the Intrust Super Cup that day, and Redcliffe have been seeking revenge ever since.

To add some further spice, the last time these two met, the Seagulls ended the Dolphins' 2019 campaign in a tight contest, holding out a fast-finishing Redcliffe resurgence in the second week of the finals to make it all the way to the big dance.

In the past 10 games between these two combatants, both teams have won five games each, so a big crowd is expected at BMD Kougari Oval in XXXX Rivalry Round to see both of these two institutions in action.

The annual Anzac Day clash between Burleigh and the Hunters is a special one, celebrating the strong relationship Australia and Papua New Guinea formed in World War II and continue to foster today.

There is an overwhelming sense of mateship and respect for those supporters who flock to Pizzey Park for the occasion, gathering not just for 80 minutes of rugby league, but to share a moment of reflection.

Played since 2014, the Bears have won the Kokoda Cup four times to the Hunters' two; but PNG will be aiming to reclaim the prestigious piece of silverware, a feat they haven't been able to do since 2017.

An honoured player of the match is also selected from the clash, going to the player who displays the Army core values of courage, initiative, teamwork and respect.

This matchup is more than just a game as it honours the legacy of James Ackerman, with the fixture described by the Falcons as a chance to reflect on their former team mate who played the game tough and with his heart on his sleeve.

The Cup, introduced in 2016 by both Sunshine Coast and Redcliffe - the two teams Ackerman played for - has been dominated by Redcliffe; winning the honour three times to the Falcons' lone triumph in 2019.

The clash returns to Sunshine Coast Stadium in 2021 where it began five years ago.

Get in the Game Country Week is easily a fan favourite on the Intrust Super Cup calendar and in 2021, Round 14 is the weekend the competition's clubs will bring excitement to towns across the state.

Although venues are set to be confirmed in the new year, the matchups are locked in and one lucky area is set to host the 2019 grand final rematch between Wynnum Manly and Burleigh.

The Bears seem to be the Seagulls' bogey side, with the bayside only winning only one of the last 10 clashes; that being in Round 11, 2016.

The loss of the 2019 grand final will still be fresh in the minds of many, especially with no opportunity to avenge the loss due to the 2020 season being cancelled, so expect the Seagulls to aim up to inflict revenge on the defending premiers in the Adam Watene Memorial Trophy clash.

The rivalry between these two is anticipated to have grown even stronger over the off-season when former Souths coach Jon Buchanan made the move east to the newly-renamed Brisbane Tigers and brought with him their halfback Darren Nicholls.

Depending on how both sides go, this matchup could be one that continues to simmer until they face off in Round 16. With it being played late in the season too, all-important finals spots could be on the line with the clubs always in contention come September.

Typically, the Tigers have always been the side to get the chocolates when facing off against the Magpies, but they'll be sure to be wary of an upset looming when they play host at Totally Workwear Stadium for this encounter. 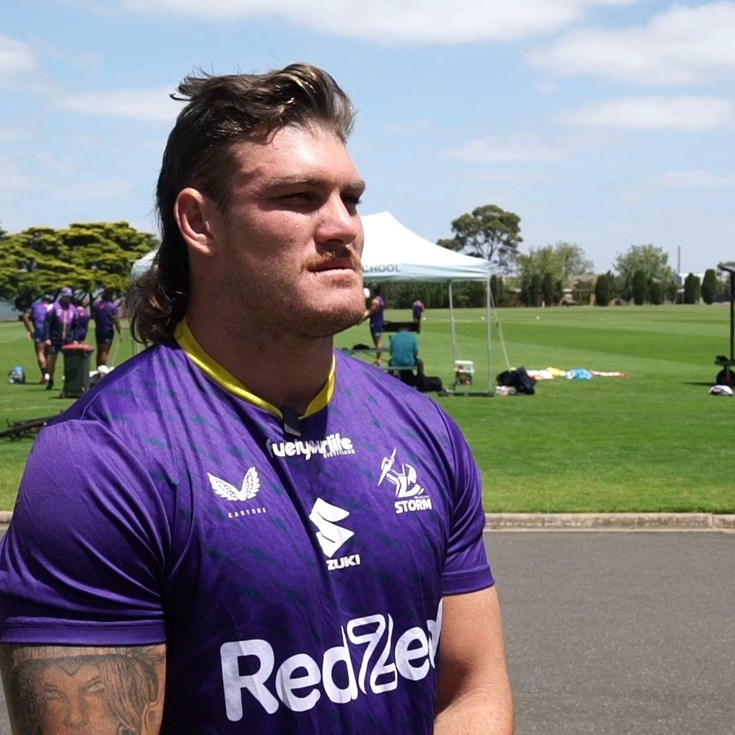