These are the words of Queensland Rugby League creative and design lead Callan Jones as the QRL today launches its new Harvey Norman Queensland Maroons logo.

Today’s release follows the recent unveiling of the QRL logo and new Maroons logo. The branding transition follows a phenomenal 2020 for the Maroons, with both teams lifting the State of Origin shield after gutsy wins.

QRL senior brand and marketing manager Jessica Walker said the women’s team had a long and proud history representing Queensland and the introduction of the women’s Origin in 2018 was a “significant milestone set to inspire future generations of female players”.

Walker said it became clear the women’s team, who represent Queensland at the highest level, should also be known as Maroons.

“This was a natural change to make and a significant step for the QRL… in 2019 we officially re-named the team to the Harvey Norman Queensland Maroons,” Walker said.

“This provided the perfect opportunity for us to take this one step further and unite the Maroons brand identity – the men and the women… we carried out significant research and conducted meetings with the players from both the men’s and women’s teams - past and present, and they were all united in their support of the new united brand direction.”

Jones said it was imperative the Maroons logos highlighted this unification.

“We wanted to make sure the Maroons logo was used across both men and women into the future because we believe those two brands are very much intertwined,” Jones said.

“We feel given they both represent the same state, they need to have a shared identity.”

The design of the new logo unites both the men’s and women’s State of Origin teams in 2021 and into the future, with the Harvey Norman Queensland Maroons being recognised with a ‘W’ chevron inclusion – a consistent design element across the NRL women’s competitions.

Jones said the logo – a combined effort between QRL and NRL - rose to the top after 20 different versions were created and assessed.

“For the most part the kangaroo and ‘Q’ are the core elements of the logo, which is obviously shared with the men's team, because the kangaroo and the ‘Q’ are part of the Queensland Rugby League history and it was important that was carried forward,” Jones said.

“The ‘W’ chevron is representative of the women's rugby league program in Australia and in the state of Queensland, with it being used in the BHP Premiership logo too.

“It’s carried forward from the last Harvey Norman Queensland Maroons logo we had, which had the ‘W’ chevron as the main element. That is important because that was the first logo they were named as the Maroons. It’s a nice tie in back to that.”

Jones said the overall QRL rebrand had taken two years and it was rewarding to see all of the logos roll out.

“A lot of hours go into it... as the marketing team, we conducted focus groups to ensure it was the right direction for the Queensland Rugby League moving forward,” Jones said.

“It's awesome to see it launch. It's unlike any branding project I've ever had the opportunity to work on because it is so large and so broad.

“It means a lot to our team. It was very much a collaborative effort. We have an amazing team here, where all our skills came to the fore to try and bring this thing together. No matter who you talk to within the brand and marketing team, at some point, we all touched this logo and made it what it is now.

“It's very rewarding to see it out there and when it is worn for State of Origin, it's going to be amazing to see the work that we put in over the past two years.

“It represents everything we think rugby league is in Queensland. It brings the shared history through and celebrates everyone who plays the game in Queensland.” 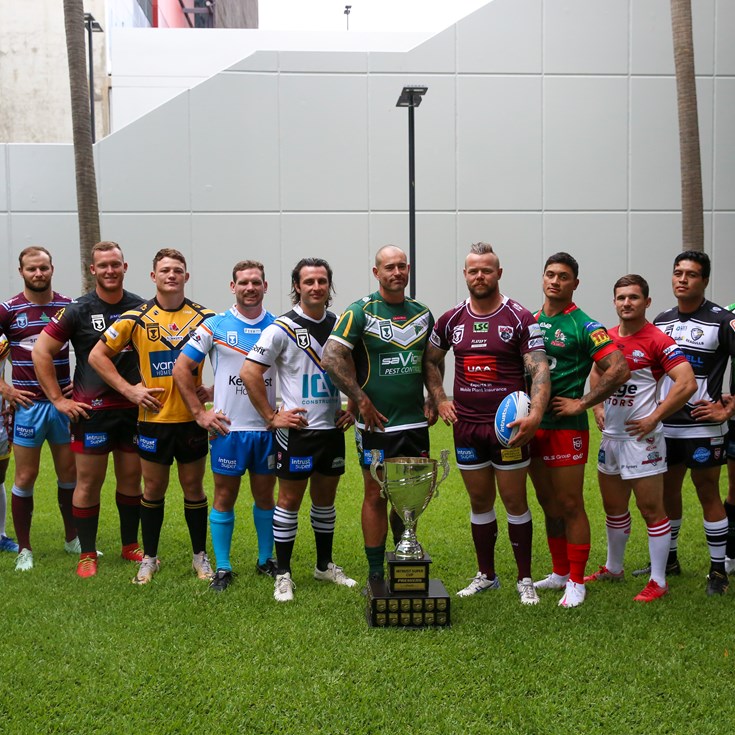 Adaptable Aiken aiming for another big season ahead

Purontakanen and Ward are on board for a great season ahead

Presented By P&O 1 week ago