A five-try bonanza from Michael Purcell has steered Brisbane Blue to the XXXX A Grade League Championship final, securing the Chairman's Challenge with a clinical display of rugby league at the weekend.

The Brisbane Tigers-contracted fullback was electric in his South East Queensland representative debut; amassing more than half of his team's 34 points by scoring four tries and kicking three goals in their first-up encounter against 2019 champions Gold Coast.

Purcell then happily sat back and played second fiddle to team mate and Normanby Hounds five-eighth Lachlan Cooper as he bagged four tries in their 50-12 domination of Ipswich, with Purcell picking up another four-pointer of his own to wrap up the weekend and the title at Brandon Park, Acacia Ridge.

"It's always good to come out and have a run around and play with different blokes, so it was a good weekend of footy," Purcell said after the win.

The title was coach Wayne Barnett's first Chairman's Challenge victory in his first year at the helm, and believes it - along with the new XXXX League Championship - is a great opportunity to see the best community rugby league talent on display.

"I think it's a really good idea. You get to see a lot of talent and the way the coaches prepare teams and the teams that are out there playing," Barnett said.

"We've now got the opportunity to be the top regional team in Queensland.

"Not many other regional teams or players can attain to that and it being the inaugural one, I think it's a great idea."

Barnett's Brisbane Blue side will now watch with interest when Mackay and Toowoomba face off on June 19 to see who they'll meet in the decider, with the head coach having previous experience with both potential opponents.

"I've actually coached in Toowoomba and I just came from Mackay, so I know both competitions really well and both comps are strong comps and it'll all come down to their personnel that they put on the day," Barnett said.

"For us, it'll be who stays injury-free and suspension-free and availability is going to be our biggest issue.

"But with the combinations we've been able to build over the weekend, I'm pretty confident we can put a plan together and we're probably lucky that we only have to play one game.

"Mackay and Toowoomba have to bash each other hopefully and beat each other up [in a tough contest] and we can play from there."

It was a clean sweep for the river city with the Rugby League Brisbane under 20s also lifting silverware at full-time; thanks to a 26-18 win over Ipswich and 30-10 victory over Gold Coast. 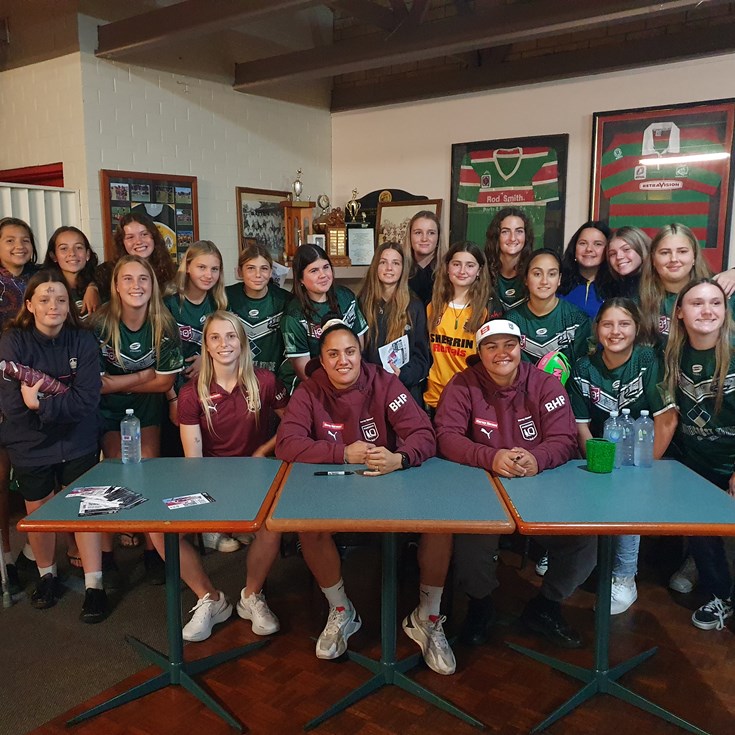