The Brisbane Tigers notched their second win of the season after defeating Central Queensland Capras 20-16 in their Round 5 BHP Premiership match.

With both sides looking to claim their second win of the season, the Tigers started the first half the way they finished last week’s Round 4 clash against the Townsville Blackhawks, with absolute dominance.

It didn’t take the home side long to capitalize on a Capras error 10 metres out, with the Tigers' first points coming in the fourth minute of the match through Tigers Jessikah Reeves.

Tigers continued their dominant start when captain Kathrine Moore crashed over the line off a Tayla Eldridge ball in the 13th minute.

It didn’t take long for the Capras to hit back after forcing a Tigers error 10 metres out from their try line and scored their first points through winger Krystal Sulter three minutes later.

Capras continued their momentum, forcing an error from the Tigers side 20 metres out from their try line, with a Chelsea Baker conversion putting the away side in the lead for the first time in the 27th minute.

Lucy Cuppari put the Tigers back in the lead in the 33rd minute through a slick draw and pass from halfback Tayla Eldridge.

The Tigers side continued their dominance in the beginning of the second half when Capras winger Bree Spreadborough was almost certain to score in the corner, but Tigers winger Sierra Maple produced the night's best cover tackle forcing her into touch.

It took 17 minutes for the first points to be scored in the second half through Capras' Mackenzie Reid. Baker converted her second try of the evening, giving the away side the lead once again in Round 5’s seesaw battle.

The match appeared to have slipped away from the home side with continuous errors until a spirited dummy from Tigers hooker Kelsey Parkins locked the scores with eight minutes to go.

In what was the last turn the seesaw took, the home side sealed the victory in the 65th minute through a Emily Veivers try.

Tigers coach Adrian Vowles said his side started off really well but lost their way a little bit before coming back from behind to get the win.

“It was really important that we got the win tonight, not just for our finals hope but for our own team morale,” Vowles said.

“We need to capitalise on tonight’s performance going into next week.”

Tigers hooker Kelsey Parkins, while ecstatic with the win, replicated coach Vowles' words stating “our performance still needs a bit work but I am happy with the whole teams effort levels to secure the win.”

Next weekend, Valleys Diehards will host the Tigers.

The Capras will host the Tweed Seagulls at McIndoe Park. 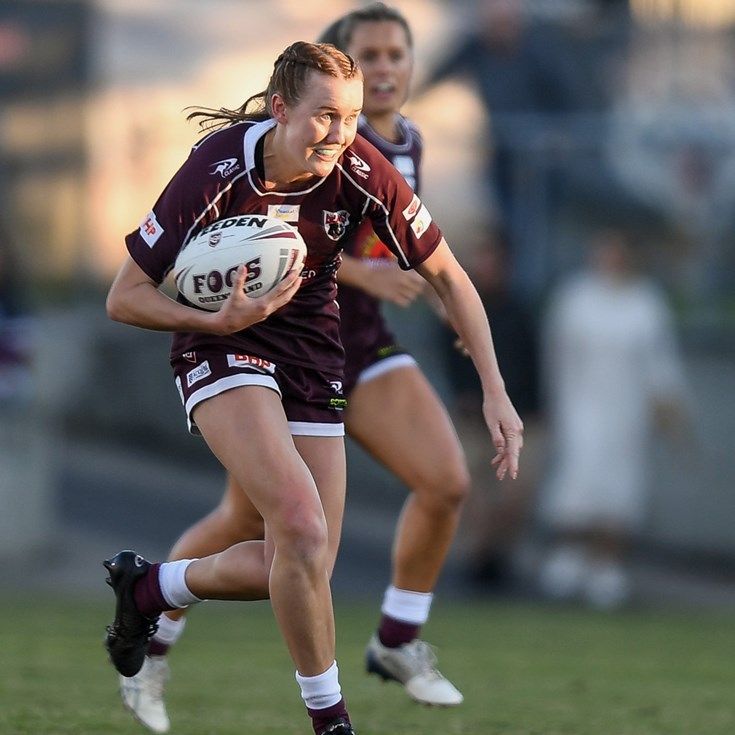