The Redcliffe Dolphins have snapped a two-game losing streak with a late try to record a 26-24 victory over the Townsville Blackhawks at Moreton Daily Stadium on Sunday afternoon.

Both teams came into the game desperate for a win to kick-start their seasons, with the Blackhawks themselves coming off three straight losses.

It was the Dolphins who started the better of the two sides, winning the forward battle early. They were rewarded with wingers Josh Beehag and Setu Tu both crossing in the first 11 minutes to open up an early 12-0 lead.

The Blackhawks were struggling to get a foothold in the game, but a penalty gave them some field position which led to their first points - a sweeping back line play was finished off by winger Michael Carroll.

As the half wore on, both sides started to make more errors, with the warm conditions seeming to have an effect on the players. The Blackhawks did however manage to score again in the 32nd minute when a looping pass from halfback Shaun Nona found Kalifa Faifai-Loa who finished spectacularly in the corner.

The game was evenly poised going into the break with the Dolphins holding a slender 12-10 advantage.

The start of the second half followed a similar pattern to that of the opening stages of the first half. Consecutive Blackhawks errors gifted the Dolphins opportunities, which they duly took with Jackson Frei and Viliame Vailea scoring quickly after the break to give the Dolphins some breathing space.

The Dolphins seemed in control of the game but ill-discipline with the ball led to a 10-minute period midway through the half where the Blackhawks dominated possession. Tries to Griffin Neame and Faifai-Loa cut the deficit to just two points.

The Blackhawks weren't done there though, with a brilliant solo try to Carlin Anderson giving them a 24-22 lead with 13 minutes to go on the clock.

The Dolphins needed to find something and they did just that, marching almost the length of the field in one set and then forcing an error from a last-play kick. Tu then burrowed over from dummy-half for his double to regain the lead for the Dolphins with six minutes remaining.

The Blackhawks did have one last chance to snatch the game, but valiant defence from the Dolphins on their goal line secured them an important victory.

Inspiring his Redcliffe Dolphins (Official) teammates to dig deep in a see-sawing battle against Townsville & Districts Mendi Blackhawks, captain Cam Cullen is this week's Hastings Deering player of the match.

Dolphins coach Adam Mogg said his side took some steps forward with their performance, and was particularly impressed with their defence through the middle of the field.

Mogg also said that the team lacked execution at times, but that this was understandable with fullback Jarett Subloo and five-eighth Sean O'Sullivan both playing their first games with the team.

The next challenge for the Dolphins will be away to the Brisbane Tigers next Sunday in Round 7. 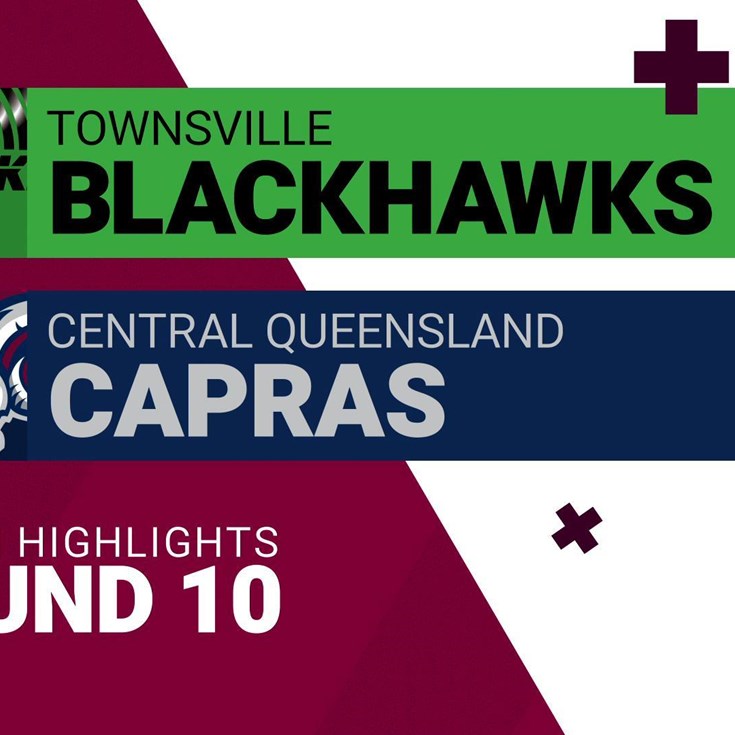