The drought in the Queensland Outback is far from over, but there has been some encouraging signs during 2016 with good rain in January.

A lot more rain is still required before the word ‘drought’ is removed from the everyday vocabulary of people in the Outback.

However, one of the good stories from the Outback for 2016 involves the Ilfracombe Sports Complex which hosts rugby league, touch as well as school sports.

Rugby league was last played on these fields in August 2014.  As a result of the drought, the fields dried up and the town of Ilfracombe ran out of water and were unable to salvage them.

To make matters worse – the drought brought large numbers of kangaroos into the township where they ate all remaining grass and roots, not only on the field, but in and around the town.

In early, 2015 photos started appearing of the barren footy fields.  The Central Division raised awareness of the problem not only in Ilfracombe, but many surrounding areas in the Outback.

The idea of a ‘Drought Relief Round’ was started to raise money to help these areas and raise awareness of the many problems faced by the local footballers, farmers and their families as well as the people who have lived in these areas for most of their lives.

The impact the drought has had on Outback communities has been well documented in many forms of the media.

Central Division’s Drought Relief Round in June 2015 saw all clubs, players, parents and referees help out by making donations at their local game across the entire Division.

The funds were collected and passed on to the Central West Rugby League to distribute in communities that were worst affected.

The field issue at the Ilfracombe Sports Complex was first on the agenda.

The Council were quiet prepared to help returf the grounds; however, a number of things had to be done prior.

Firstly, a kangaroo-proof fence needed to be erected and with the combined effort of the Ilfracombe club, the Sports Committee and the drought relief funding, a fence was erected.

This was the first stage and it was completed towards the end of 2015, still rain was needed as the local dams were bone dry and the town had no regular access to water.

Come December and January, some rain came and supplied good water to the dams.  Council gave the next stage of the project the green light.

During the next few months irrigation / sprinklers were installed and when the right moment arrived the turf was laid.

It took some months for the turf to take and the ground to be playable, but in August 2016 the Ilfracombe Scorpions were able to return to their home ground and play a semi-final against Barcaldine.

Victory in this game gave the Scorpions a shot at premiership glory.

The fairytale ending of course is that the Scorpions went on to win the grand final against the Winton Devils and collect their first ever Premiership.

This year is a year to remember for the Scorpions and the small community of Ilfracombe. 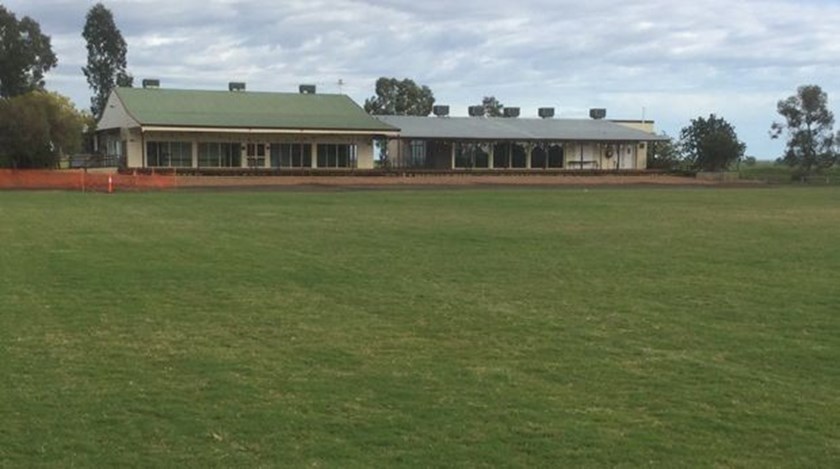 After: The Ilfracombe Oval now