All the talk this week is about Kevin Walters departing the Broncos, but it’s prompted me to think about another of the club’s favourite sons who should be leaving on his own terms – Sam Thaiday.

He won’t like me saying this at all, and maybe I’ll get a phone call later today from Big Sam, but I believe the time has come for him to immediately make way for a younger forward.

I think it’s what is best for Sam both physically and career-wise – and will also be the best thing for the club in the long run.

After coming to the Broncos as a young man and devoting his entire life to the place, I’d hate to see such a well-credentialed Test and Origin player tapped on the shoulder and told to spend the rest of the year in the lower grades.

Sure, it’d be fantastic for a competition like the Intrust Super Cup, but knowing what a proud and competitive guy Sam is, I don’t think it’s the way he should go out.

He’s a smart operator when it comes to his off-field work, particularly with Nova, and he’s doing some really good stuff in that industry.

I’m just being honest in saying I think he should take a leaf from Corey Parker’s book and call it a day sooner, rather than later, to preserve his legacy.

The thing is, Sam might not like me offering my opinion on the matter, but he’ll be in this exact position in the not-too-distant future when he becomes a fulltime media commentator himself.

It’ll be his job one day to offer his two cents on whether someone is past their prime.

Watching the Broncos the past few weeks, I think they are really lacking some aggressors in their pack.

That can be partially changed with a shift in mentality, but it also requires a shift in personnel.

Opening up Sam’s spot to a young bloke full of bravado and testosterone could inject that vital element.

We all know Sam can play the aggressor, but it happens in patches now, rather than sustained periods.

A fearless new charge would give fans and fellow players a sense of optimism and confidence heading into the future; someone you could groom to play a larger role for years to come.

Anyhow, I’m not here to hammer all the Broncos woes on Sammy’s head, but obviously that’s the aspect most people will grab onto.

I’d like to issue a challenge to Josh McGuire to really step up this week and get over the top of the Newcastle Knights forwards.

He’s the type of bloke that never takes a backwards step and I believe Brisbane’s best work is done when he is bending back opposition teams through the middle.

People have been quick to jump all over Anthony Milford and Kodi Nikorima the past few weeks, but I do think more of a spotlight should be shone on the forwards.

If your forwards aren’t creating metres, it’s always going to be hard for the halves.

Ryan James really put it over the Broncos pack last weekend and I don’t think they will have liked that one bit.

You’ve got two of the most dangerous centres in the game in James Roberts and Jack Bird and they are hardly seeing the ball, because space and time aren’t being created to get it wide in good position.

‘Darbs’ is not playing at full capacity at the moment for whatever reason, most probably injury.

I’d consider having him at centre or even five-eighth, and shifting Jamayne Isaako to fullback.

Darius still has wonderful pass selection ability and I think he could follow in Darren Lockyer’s footsteps in converting from fullback to pivot.

He’s a good, direct player who won’t overplay his hand at five-eighth, but as a fullback I don’t know if he can remain as evergreen in returning the ball as Billy Slater has.

The Knights this week offer a good chance for the Broncos to find their feet.

Newcastle haven’t hit their stride completely and, of course, it’s Wayne Bennett returning to his former club, and Herman Ese’ese going up against his former Brisbane teammates.

One positive is that attitude in defence is something that can be changed in the space of a week, so if they’ve refocused there and can refind their pack mentality, then that’s half the battle won.

Should the Broncos play tough and dominate up front, they can then begin fine-tuning those attacking combinations that have spluttered through the opening month of the season. 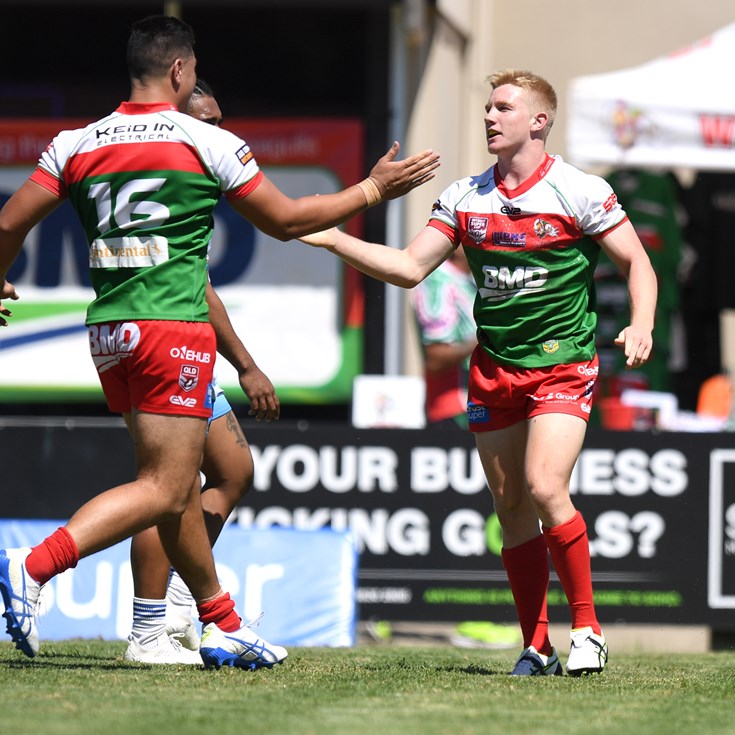