The historical links between the Melbourne Storm and Brisbane Broncos only adds to the rivalry when the two Telstra Premiership powerhouses come together on the field, according to Petero Civoniceva.

Heading into Friday night's meeting between the two teams at Suncorp Stadium, the Australian and Fijian international who includes 215 matches in Broncos colours among his 309-game NRL career said the Brisbane-heavy set-up adopted by the Storm in their early days ensured two clubs shared plenty of history.

"The rivalry of these clubs dates back to my playing days and the inception of the Storm. Melbourne was formed with the influence of some great Queenslanders who have been part and parcel of the fabric of the Storm," Civoniceva told this week’s edition of Big League.

"There were influential people like Chris Johns, John Ribot and Glenn Lazarus who helped form the club in those early days. Even Craig Bellamy – he was my strength and conditioning coach at the Broncos when we won the competition in 1998. He took us to a grand final and has now had plenty of success as a head coach.

"The culture of the two clubs is very similar. It's a culture that's built on work ethic and never letting your mates down. It's about wearing the jersey with pride and honour. When you have two similar clubs with those sets of beliefs and that same culture, you're always going to get tremendous games of football. From that rivalry, we've seen some great games of rugby league."

Get your copy of Big League magazine

Civoniceva and the Broncos scored a memorable 15-8 win over Melbourne in the 2006 NRL grand final, a match the Storm started as favourites.

"The Storm had been the standouts all season, but we managed to beat them when it mattered. To knock them off was an amazing feeling and one I'll never forget. Whenever you beat the Storm it is an achievement, but this one was extra special," Civoniceva said.

Looking ahead to the next installment in the Storm-Broncos rivalry, Civoniceva said the changes each side is undergoing in the halves has played a role in their far-from-ideal starts to 2018.

"We saw the emergence of Jack Bird [for Brisbane] in the halves and he did a great job in steering the side around [against the Warriors] – that has been the missing link for the Broncos since Ben Hunt's departure to the Dragons,'' he said.

"Without Cooper Cronk, the Storm haven't looked like the Melbourne side we're accustomed to seeing, but they showed glimpses of it during last Friday's triumph over Newcastle. They looked a little bit more settled and played some fantastic football, and those key individuals stood up."

Get your copy of Big League magazine 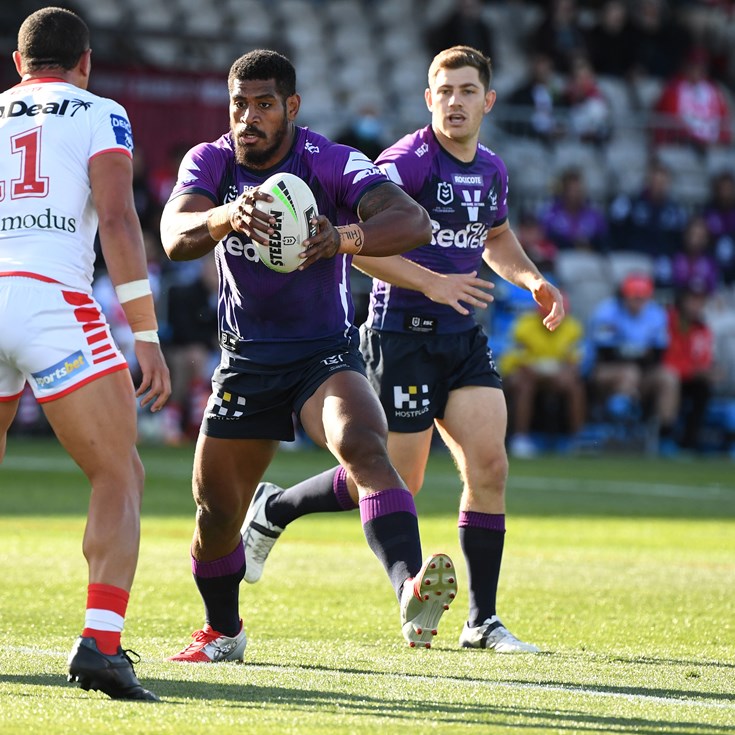