And here they are...your 2018 Queensland Maroons State of Origin team.

Live from Brisbane City Hall. In 30 minutes the Queensland State of Origin team will be presented to invited guests.

Just minutes away from festivities getting underway at the Maroons' series launch.

Coming up on @7NewsBrisbane the latest from the @QLDmaroons origin series launch including Billy Slater and Greg Inglis + how the rookies have settled into camp pic.twitter.com/naITGpTTpe

Training this afternoon finished with Valentine Holmes and Dane Gagai having a kick-off.

The Maroons have wrapped up an open media session where they faced probing questions from journalists on behalf of fans.

And the reaction to the big news begins.

So safe to say I’ll be super emotional after game 3 now that Billy has called time on his rep football. #QLDER #BillySlater #Legend

Queensland losing another absolute icon in Billy Slater. Few players who have worn that jersey have ever been as beloved by the fans. Let’s hope the team can use the emotion to send him out the way he deserves #origin #nrl #thankyoubilly

It’s been an absolute privilege to have been able to witness this guys career. All Class

BOOM! And just like that Billy Slater has added another dash of intrigue to this year's Origin series.

Billy Slater has a special message for you - the fans. 🙌

Posted by Queensland Maroons on Monday, 28 May 2018

The QRL Media team is setting up for what is expected to be a very interesting open media conference at Camp Maroon this morning.

Remember - there is only one official public appearance before the Melbourne game. This will be in the Queen Street Mall on Wednesday, May 30. Details in this story.

Felise Kaufusi opened up to QRL Media about his family background and what it means to represent Bundaberg in the Origin arena.

Decisions, decisions. Hmmm.
(click across on the arrows on the image)

The toughest choice the selectors had to make in #CampMaroon yesterday. Which sock are you? 🤣👞

If you're struggling to find anywhere that has both #StateOfOrigin teams neatly detailed in the one article - along with full details of the game - don't worry, we've got you covered. 😀👍#QLDER #RugbyLeague #CampMaroonhttps://t.co/r5EmfILWA3

Greg Inglis has spoken for the first time about becoming the latest Maroons captain.

How fitting that the team should be announced on the birthday of two of our Former Origin Greats.

If you haven't already, check out the Queensland and New South Wales teams, announced yesterday.

While you're at it, this Jai Arrow interview barely an hour into camp is sure to get the blood pumping. 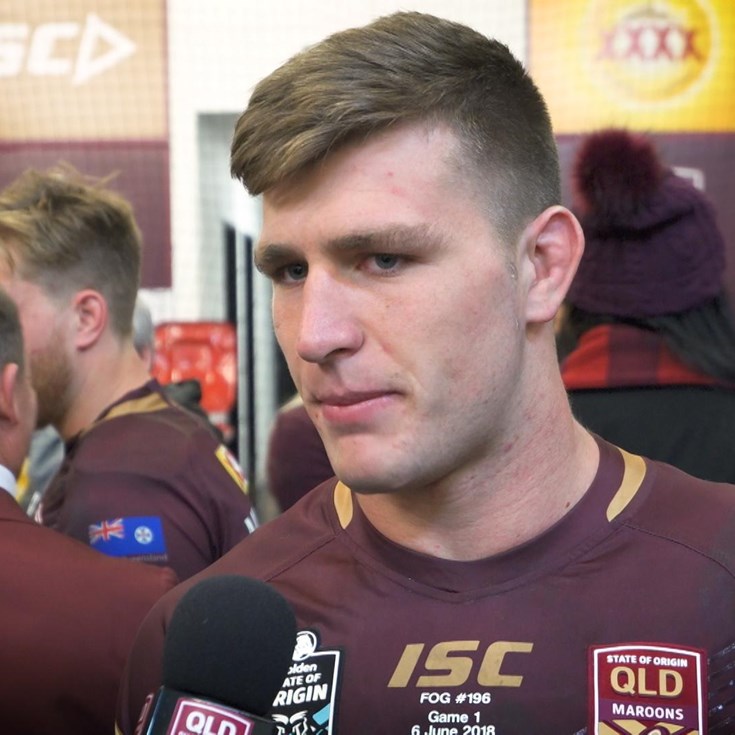