Maroons players have been given the afternoon off. Some are heading out for a game of golf, some for time with their families and a couple just looking forward to a rest after a pretty intense training session.

Luncheon with the Maroons squad is a healthy affair. It's all lean proteins, vegetables and fruit. Assistant coach Josh Hannay and Gavin Cooper give a special chat to invited guests.

As the press conference wrapped up, Jarrod Wallace was still answering questions on his bike as he rode off.

Billy Slater has finished up training and has posed for a photo with children on the sideline. One of the kids loudly exclaims: "Look Mum, his abs are popping out".

Dane Gagai and Valentine Holmes are the two players kicking for goal at the northern end of the field.

After the session is complete Jarrod Wallace and Gavin Cooper will front the media for a press conference. We will carry a live stream on our QLD Maroons Facebook page.

Cameron Munster is putting up a barrage of towering bombs to test the back three out. He's striking them well.

These fans from Endeavour Foundation Labrador have been cheering the boys on all session. Thanks very much!

Talk about 'mate against mate'! Debutant Jai Arrow has jokingly pretended to lay a few punches on Dylan Napa in the play-the-ball.  Both just mucking around. Maybe he's looking to fire the big man up?

Billy Slater is as hungry as ever and has been the loudest through the team run, directing his men exactly where wants them to be. The intent in his voice is spine-tingling to be honest.

Michael Morgan has subbed in now and looking very sharp in the attacking drills.

Cameras close to the squad have been ordered switched off as the team goes into formation. Michael Morgan and Anthony Milford are wearing white bibs and used as target defenders for the starting line-up to run towards. The main squad is testing any inconsistencies in the line speed of the defenders.

Trevor Gillmeister has taken the players through a few defensive drills. Josh Papalii laying the hits on thick.

Good signs on the injury front.

Several backline players are engaged in earnest discussion about their defensive calls. With them coming from numerous NRL clubs, it's important to be in synchronicity when moving up and sliding across.

The players have started filtering on to the field. Cameron Munster fancies himself as a BMX bandit and is jokingly reprimanded after trying to pop a wheelie.

OK QRL Media is hitting the road to Maroons training on the Gold Coast this morning and will be back with live updates of the session between 10am and noon.

🕺They all want me, 🎵
They can't have me,
So they all come and dance beside me,
Hey M̶a̶c̶a̶r̶e̶n̶a̶ Billy Slater! 🎶#QLDER #Origin #MaroonsCamp #RugbyLeague pic.twitter.com/B8U4KfM2mf

If you missed the news late last night, Kevin Walters officially announced the team's 18th man - and it was a bit of a shock.

Outspoken former Maroons strike weapon Chris Walker writes in his weekly QRL column that State of Origin is about to enter a new dimension, thanks to the selection of several attacking stars.

He's not a suited-up Maroon this year, but Johnathan Thurston will always be a part of Queensland Rugby League legend.

Last night he copped another late shot and he didn't mince his words when asked about the incident. 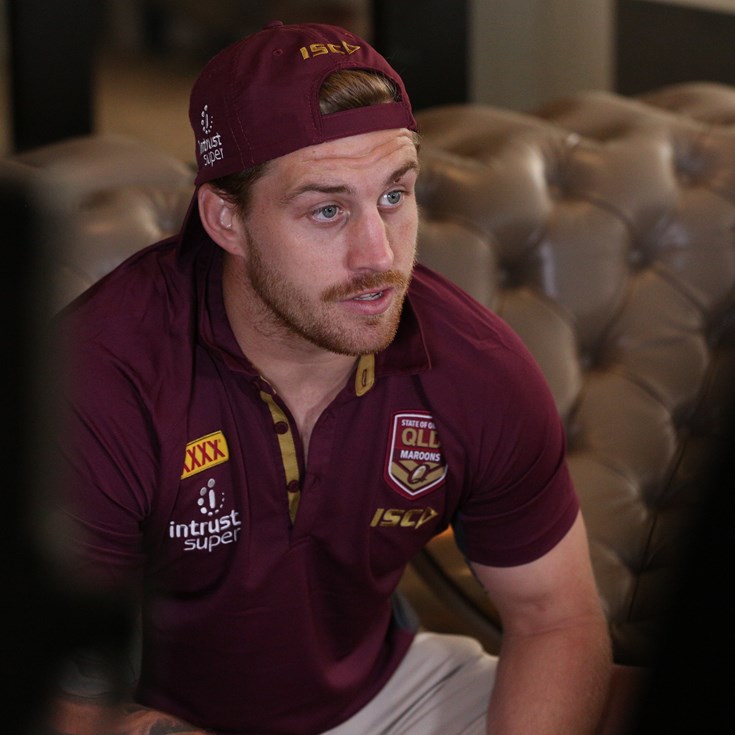