Finals footy fever hit Rocky on Friday night with spots in the grand final up for grabs in some scintillating matches.

In the Under 13 age group, Cap Coast Brothers continued their dominance this season, running out convincing winners and the first to book a grand final spot with a 52-12 win over Rockhampton Tigers.

They now get two weeks off to recover though are heavily represented in the CQ Capras side heading to Chinchilla this weekend.

The Tigers will have a week off to recover before they take on Brothers Blue, who had a hard-fought win in an outstanding game against their fellow Brethren.

Both Blue and White sides were able to score three tries, but it was goal kicking providing the difference and ending White's season, but they can be very proud of their efforts.

The Under 14 major semi-final proved to be the game of the round.

Both sides have not been that far apart this year with Cap Coast claiming the two previous encounters 12-10 and 12-6 so this was always going to be a great contest.

The Rocky Brothers side were in control of the game, but still within an arm's reach for Cap Coast, and with 30 seconds left, Cap Coast crossed for a converted try, sending the game into extra time at 10-10.

Both sides couldn't break each other's defensive lines in the first five-minute stanza, and just as the 'golden point' thought appeared in the minds of some, Brothers Blue's Carter Wight was over with a minute to go, sending the Rocky Brethren into the big dance.

The second game was also close with Norths and Yeppoon claiming a win each during the regular season.

Both sides provided plenty of entertainment during the elimination final, but it was the Knights getting home by eight, and will now face Cap Coast in two weeks.

Well done to Yeppoon for a great season.

For the third year in a row, the Gracemere Under 15s were crowned minor premiers just in front of Yeppoon who have been the big improvers, being the only club to defeat the Cubs this season.

Both sides had plenty of points in them and by fulltime, both sides didn't leave anything in the tank.

At the final siren, history repeated itself with Yeppoon inflicting another loss on the Cubs, 30-22, booking a maiden spot in the upcoming grand final.

Next week's preliminary final will be a grand final rematch of the past two years.

Brothers made their way through with a hard-fought win over Norths.

Like Yeppoon, Norths have always been 'there-about' but couldn't get over the Brethren, who claimed a 10-point win.

After missing out last season with the loss to Fitzroy in the big dance, they have really used that experience this year and expanded their game.

After being down early in the first half, they powered their way over the top of the Brothers Blue side in the second stanza, restricting them to just one try and playing entertaining footy to book the first spot in the grand final with a 34-18 win.

The Cap Coast Tigers has been a huge success this year.

With both Cap Coast Brothers and Rockhampton Tigers struggling for numbers at the start of the year, the decision to let these boys play footy under one banner is a credit to both clubs.

Yeppoon have been a very successful side over the years and proved that on Friday night, getting over the Tigers 42-14, giving themselves a great chance of getting back into another grand final.

For the Under 18s, some of these players are in their last season of junior rugby league.

Cap Coast dominated during the year but hit a couple of hiccups late in the session, however that didn't faze them on Friday night when they were able to hold off the Emu Park side that beat them two games earlier.

They now sit safely with a ticket to the grand final and await their opponents.

Under 18 competition for the first time and the club should be very proud of these young men and the way they handled themselves during the year.

The Blue side had issues during the year with players representing the CQ Capras in the Mal Meninga Cup and to finish fourth is a credit to the young players that have backed up for their club.

In another exciting game between these two sides, Blue just outlasted White by a converted try.

To those players from Norths White that finish this year, the Rocky JRL wish you all the best for the future on and off the field.

With the Central Junior Carnival being held in Chinchilla this weekend, the Rockhampton and District Junior Rugby League have decided to defer the preliminary finals to the following weekend.

We would like to wish all the Capras players from the Central Queensland area the best this weekend and hope for as many Central Crows selections as possible ahead of the QRL State Junior Championships in Mackay. 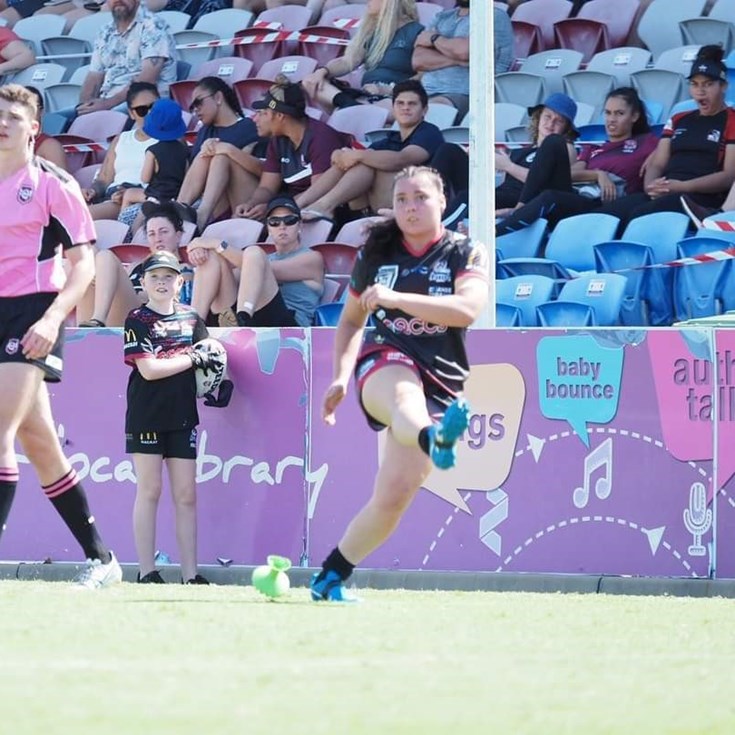 Presented By Auswide Bank 14 hours ago