Intrust Super Cup fan favourite Tommy Butterfield will not be a regular fixture in Easts Tigers' top tier after asking the club for a release from his contract.

The Queensland Residents and Papua New Guinea Kumuls star, who has been with Easts since 2013 and endured three grand final losses with them, wants to step back from rugby league after gaining a promotion at work.

The Easts board met on Tuesday night to make the call; Butterfield will stay contracted to the Melbourne Storm feeder club, but he will be able to play for Wests Brisbane Panthers in the In Safe Hands Cup BRL A Grade competition this year.

Butterfield said now he was the BallyCara village general manager at Redcliffe, he could not fully commit to the rigours of Intrust Super Cup, but he was keen to continue playing rugby league under former Sunshine Coast Falcons head coach Craig Ingebrigtsen.

The 30-year-old said despite losing grand finals to Mackay in 2013, Northern Pride in 2014 and Redcliffe Dolphins last year, he "loved every minute at Tigers".

"I've given my all at that club," Butterfield said, adding his time at Easts was made better by the supporters who watched him week in, week out.

"I grew as a footballer there and had so much success, despite not winning a grand final.

"I got to play Queensland Residents and for the PNG Kumuls... things I didn't have the opportunity to do before being at Easts.

"But now for me, it's about prioritising the right things at the right time."

Butterfield said he was grateful he now got the chance to play for Wests.

"It's a great transition for me... I know they have a really good team and I'm looking forward to an enjoyable year with them," Butterfield, who also played for the Dolphins when they lost the grand final to Wynnum Manly Seagulls in 2012, said.

Easts CEO Brian Torpy said on the club's website “whilst we are disappointed to see a player of Tommy’s calibre leave the club, we understand players' working careers are important, especially for the semi-professional player”.

“Tommy has been a tremendous contributor to the club, both on and off the field," Torpy said.

"We know he will be missed by his team mates and his many fans."

Ingebrigtsen, who coached Butterfield as a junior at Redcliffe and at Easts, said he was "very excited" to reunite with the talented hooker.

Ingebrigtsen said Butterfield would bring "a hell of a lot of experience, having played more than 200 Intrust Super Cup games", strengthening his team.

"For us to progress into the Intrust Super Cup in the future, we need strong players," Ingebrigtsen said.

Butterfield said playing in the In Safe Hands Cup BRL A Grade competition would also allow him the time to watch his five-year-old son Manix play rugby league for Dolphins on the weekends.

"There's a bit of conflict there though... he doesn't want to play for Dolphins because they beat Tigers last year," Butterfield laughed. 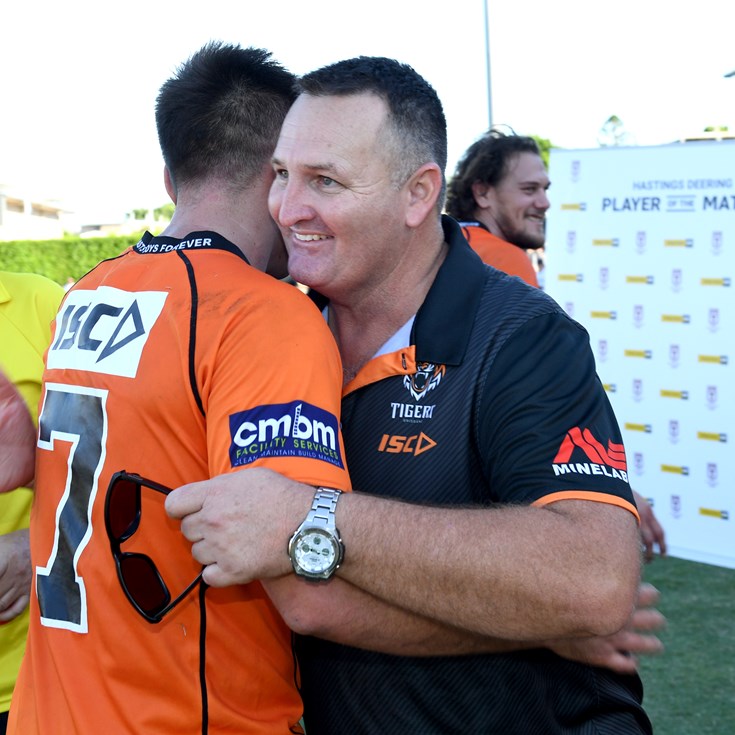