In 2010, the Ipswich Jets were at the end of some bleak dark days; Ben Walker and Shane Walker were hired for the penultimate round with the Jets in last place.

It was so sudden; their names did not even appear as “coach” in the programme for that weekend’s match against Mackay.

The Walkers inherited a side that was struggling, but it was not lacking football talent.

Armed with enthusiasm, the Walkers set about bringing the happiness back to the Jets.

Keiron Lander was part of that Jets side in 2010 and scored a try in the brothers’ first win as Jets’ coaches and he was there in 2015 as captain.

“Ben and Shane are just the perfect fit for rugby league; they understand the game and players,” Lander said.

“They are committed to the city of Ipswich and the team... they showed faith in us and that’s all a player wants from a coach.”

Fullback in the Walkers' first game was Marshall Chalk and he reflected on that transitional period.

“They took on the job with great confidence and had a clear vision on how they wanted to play footy,” Chalk said.

“The first year was spent developing skill throughout the playing group and keeping a very positive attitude amongst the team.

“They pumped players up and didn’t dwell on negatives, allowing players to use skill without fear of failure.”

The Jets finished the year the next week at home with the win against the Comets.

“Ben and Shane are just the perfect fit for rugby league; they understand the game and players.”

In a sign of things to come, the Jets played with an attacking freedom that would become a hallmark of the next nine years.

Ipswich raced out to a big lead and were never threatened. The Walkers had their first win as Intrust Super Cup coaches and the Jets ended the year with a win.

Ben Walker reflected on those first two weeks at the helm of the club's top side.

“We were going to finish last when we took over, but we said to the Jets, ‘gives us the same squad for 2011 - we don’t want to release anyone’.

“That was Shane and I showing faith in what we had.

"We had been assistants here for two years and we knew the group we had and we made the finals in 2011.”

Current Tweed Seagulls CEO and former Jets’ player Paul Stephenson gave this insight into what the Walkers had brought to the table for 200 games.

“They built a club around a culture of competing, pushing for one another and playing to the strength of the players they have in their side,” Stephenson said.

The Walkers would go on to take the Jets to five finals campaigns in a row, culminating in the historical first premiership against the Townsville Blackhawks and State Championship win against Newcastle Knights in 2015.

Shane Walker looked back fondly on his favourite moment in 200 games.

“I couldn’t pick anything else,” he said.

“Grand finals pick themselves... that whole week, I knew we had it won on the Wednesday.

“We did a media thing and the Blackhawks just looked so tense.

“It’s a great week, that’s why grand finals are so special - your family is there and we had our first coach at the Broncos Steve Calder there in the dressing room too.”

Rather than selecting a stand-out moment, co-coach Ben Walker wanted to pick his five favourite players that had given him so much enjoyment over the past 200 games and nine years.

“(There are) the players I loved coaching, but more than that just being around,” he said.

The Walkers’ legacy will be the fun they have brought to Jets and the revitalisation of players who maybe would not have played Intrust Super Cup anywhere else. 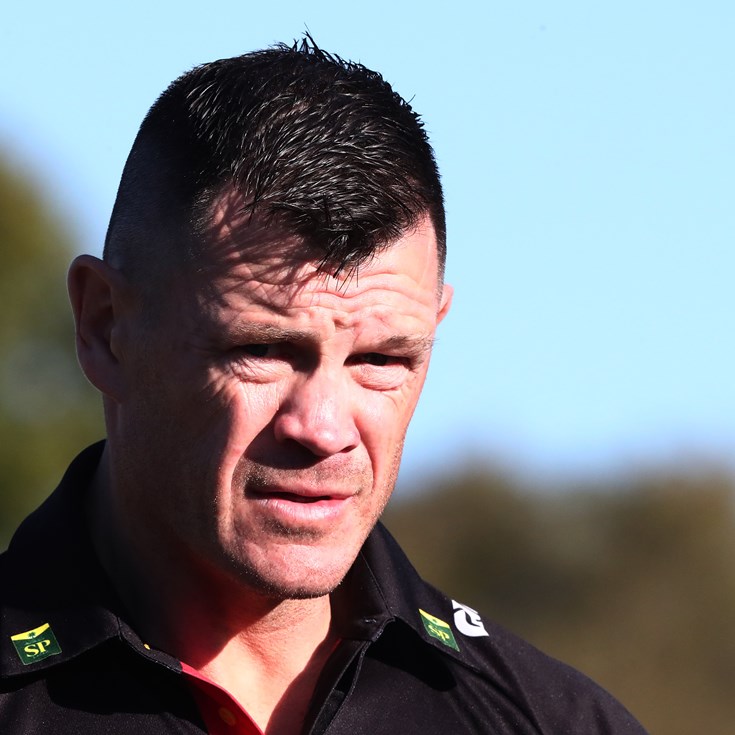