When you are driving to the football and a favourite song you have not heard in a long while comes on the radio, you start singing.

That is what it is like when it has been 203 days since you saw Michael Purcell score a try for the Ipswich Jets.

It took 34 minutes for Purcell to have his first try of 2019 and all Jets’ fans singing along, then 20 minutes later he had number two.

The Jets started the game with all the possession and field position, asking Northern Pride to keep turning up in defence on a very wet day at North Ipswich.

It took 12 minutes for Josh Cleeland to take advantage of the Pride’s defence staying up to combat the Jets ball movement and roll a neat kick behind the line for Julian Christian to pounce on and ground for a 4-0 lead.

Marmin Barba converted the try and Jets led 6-0 after 14 minutes.

It was the other side’s turn to get involved minutes later when the Jets spread the ball to the right and Richie Pandia scored for the Jets to go further in front; the try came off a great Rory Humphreys run that compacted the Pride defence.

The Jets kept the pressure on the Pride by making them drop out the ball to give the Jets another crack before half time.

Jayden Connors spotted a gap on the blind and dived over for a try and the Jets were on song at 16-0.

The Pride of 2019 must have been starting to understand why the Pride have won once at the North Ipswich Reserve in 10 attempts when Josh Cleeland put up a bomb and Jayden Connors grabbed it out of the air to find Purcell, who ran under the posts to score.

Purcell now has six tries in four games against the Pride.

The Purcell nightmare for the Pride was not over just yet.

The Jets were attacking the Pride’s line 14 minutes in to the half when Purcell steps off his left, then his left, and his left again, going back at the Pride’s inside shoulder to have his second try under the posts.

Purcell took it to seven tries in four games against the Pride and his 60th try for the Jets, going past Brendon Marshall to have the fourth most tries for the Jets.

The Pride came back at the Jets, scoring three tries in 15 mintues.

Bradley Stephen got the Pride some momentum with his first try in 2019, when he powered his way over.

The Pride’s other winger Matthew Musumeci kept the scoring going when he scored on the other side of the field to have the Jets 28-10 after a one on one defensive miss from the Jets. 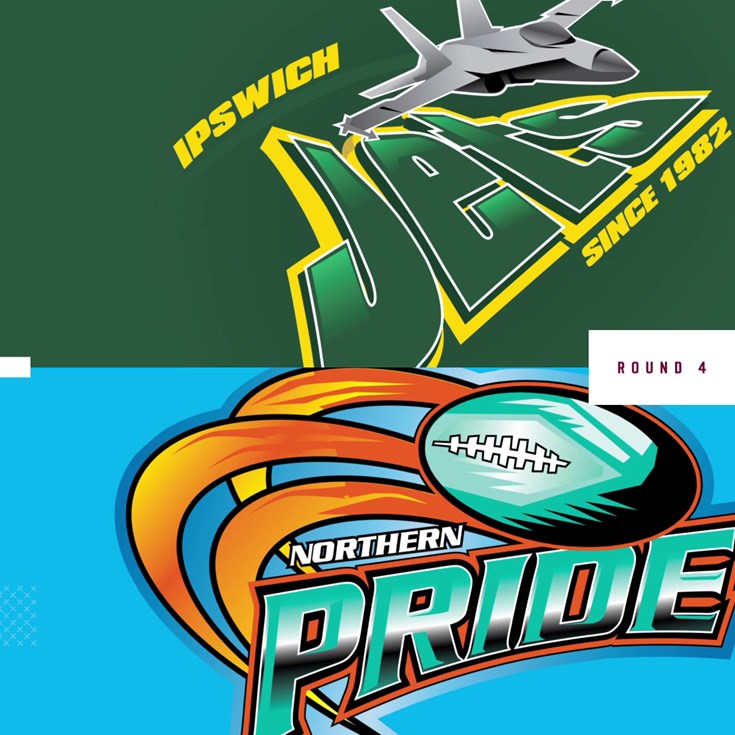 Jets reflect on 200 games in charge for Walkers

How Roger Federer and the NFL inspire the Walker brothers