The last time Josh Cleeland and Sean O’Sullivan appeared opposite each other was week two of the New South Wales Intrust Super Cup finals.

Cleeland got the win that day and proceeded to week three; I bet they did not shake hands at the end and say "see you at the North Ipswich Reserve in six months".

Both halves' performance would be essential if they wanted to win today.

The Jets have won two in a row, but have a crippling injury crisis that resulted in Ray Baira and Shar Walden debuting; the Devils were coming off a win over PNG Hunters.

O’Sullivan struck first when his inside ball found a runaway Jamayne Taunoa-Brown in the ninth minute; the Devils' Herbie Farnworth converted to get the two points and the Devils were up 6-0.

When the Jets struck back it would not be anyone else but gun Marmin Barba, who scored try number 72 for the Jets after some great lead up work from Julian Christian.

The Jets found themselves camped on the right hand touchline, spreading the ball across the field; Christian straightened it up and Barba scored.

Barba converted and the Devils and Jets were square at 6-6 after 20 minutes.

O’Sullivan would take some points off the Jets with his defence when he stopped a rampaging Nat Neale, who turned under and looked certain to score; O’Sullivan pulled the ball out and Neale was left with nothing.

Barba then got two points for the Jets, taking a penalty goal in the 30th minute.

Cleeland’s kicking game was pinning the Devils down and earning the Jets repeat sets, but the Devils then went up the other end and finished it off when they did acquire possession.

It was Norths’ other half Troy Dargan who used the ball to create space and put his centre Gehamat Shibasaki over on the right hand side.

Callum Gahan was not waiting for any half to help him; the Jets only had eyes for the runners, leaving the hooker to dive over just before half time and score his first try for 2019.

Two tries in five minutes and at half time, the Devils had the upper hand 18-8.

The second half was 19 minutes old when the Jets' players’ player from last week Kierran Moseley was not too happy with his opposing hooker Gahan getting the focus and went through the Norths’ line to throw a beautiful off-load for Denzel Burns to score his third Intrust Super Cup try in six games.

At 18-14, and with momentum, the Jets seemed to be finishing stronger.

Herbie Farnworth chugged over as if a VW Beetle for try number four in four games and the Devils were well on top when Jack Ahearn kicked the extra point for the Devils to get the 31-14 win.

The Devils were too strong in the Hastings Deering Colts clash, but their Auswide Bank Mal Meninga Cup season ended with a loss to the Jets.

The Devils’ under-18 team finished in eighth place with two wins, two draws and two losses from the qualifying matches.

The Devils' Intrust Super Cup side have an Easter Saturday night home clash with the Townsville Blackhawks next weekend.

The Jets will face PNG Hunters, who got their first win of the season yesterday. 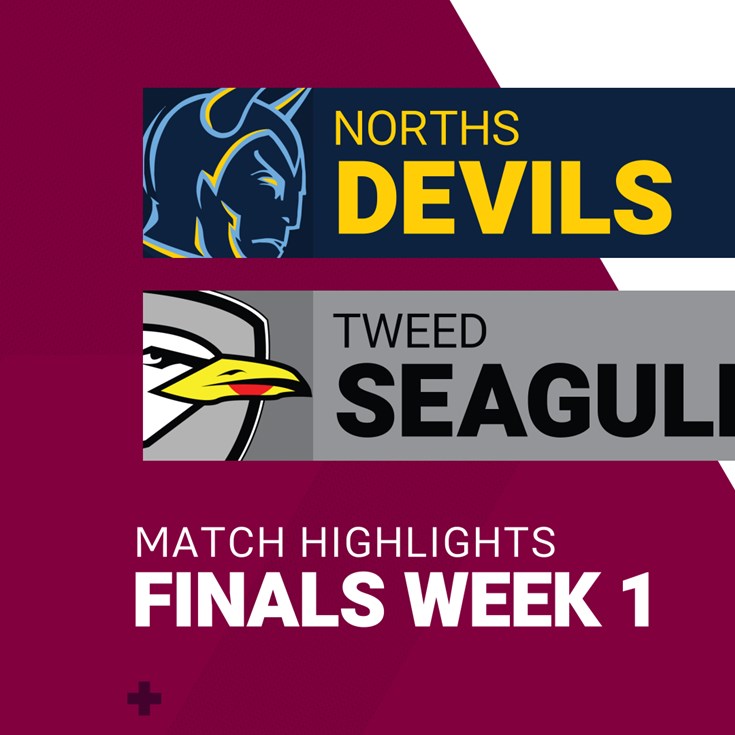