With the Intrust Super Cup regular season having drawn to a close, it was the perfect time to look back at some of the more consistent performers from the year who featured prominently in the popular Team of the Week segment to compile a Team of the Year.

In the article published each week of the season, the QRL recognised the 17 best performers to name the Intrust Super Cup Team of the Week. The team selections were based not only on statistical data, but also took on board live and broadcast viewings of the games, with the standout performer of the week named captain.

After tallying up the votes from the season, this 2019 Team of the Week 'Team of the Year' was compiled, based upon total number of weekly appearances in each position. When there was a tied tally, extra consideration was handed to players who gained captaincy in any given week.

The official Intrust Super Cup Team of the Year will be announced at the QRL Awards Night on Friday, September 27 in the lead up to the grand final; tickets to the event are now available.

Total appearances: 11 - one as captain

Gebbie consistently featured as one of the best performers of the week throughout the season after putting up huge numbers in attack with running metres, tackle breaks and tries for Wynnum Manly. Gebbie has been named captain of the Team of the Week 'Team of the Year' , along with Harry Grant after making the most appearances in 2019.

Total appearances: seven - one as captain

Reuben has been a standout performer on the wing for Falcons all year and has been a regular selection in the team, thanks largely to his try-scoring efforts.

The Dolphins centre has been a revelation in 2019 and featured in his fair share of 'Team of the Week' selections. His monster work rate has seen him top the competition for tackle breaks.

A quiet achiever in 2019 who has been one of the more consistent centres in the competition.

Leo was one of Burleigh's best in 2019 and will be one of the favourites in the mix, along with Reuben, to take home the official winger of the year gong.

Total appearances: four - one as captain

Templeman has been an unsung hero for Wynnum Manly and unsurprisingly has been one of the more consistent performers in the in the five-eighth role in the competition in 2019.

The experienced playmaker has been a big part of the success of the Falcons in 2019 and his performances guiding the side and helping them pile on big scores were reflected with regular selection in the weekly best of team.

Grant enjoyed a stellar season with the Dolphins which was reflected in the numbers, with the Redcliffe forward making eight appearances in the Team of the Week selections in 2019 thanks to his high impact on the field.

The evergreen DJ Moey Fresh has enjoyed one of his best seasons to date and has played a big role in the success of the Bears so far in 2019, with his high work rate and aggressive running game.

The hulking Falcons forward has featured regularly in the Team of the Week after pumping out huge numbers in 2019, with his powerful running game and tackle-busting ability.

Hopoate has again consistently been one of the top performing forwards in the competition and has been rewarded for his performances with consecutive Team of the Week 'Team of the Year' appearances in 2018 and 2019.

Gilbert has been the premium lock forward in the competition in 2019 and also featured in a number of representative teams this year after consistently maintaining a huge work rate in both attack and defence.

It has been a breakout year for Hynes who has starred for the Falcons at fullback since Ryan Papenhuyzen received a call up for the Melbourne Storm earlier in the season.

Total appearances: five - one as captain

Scarlett has enjoyed a stellar season with the Seagulls and helped lead their charge for a top four finish with his experienced leadership and playmaking ability.

Total appearances: five - one as captain

He may have only played 10 rounds of Intrust Super Cup in 2019, but the Falcons centre certainly made his mark, with five appearances in the Team of the Week. It was an impressive start to the season that saw him rewarded with a regular role with the Storm.

Jensen has enjoyed one of the best seasons of his career to date and will likely feature regularly for the North Queensland Cowboys in 2020, after consistently putting up huge numbers in attack and defence.

A big game performer who has consistently been one of the premium playmakers in the competition, Fogarty has also been instrumental in leading Burleigh to several victories in 2019. 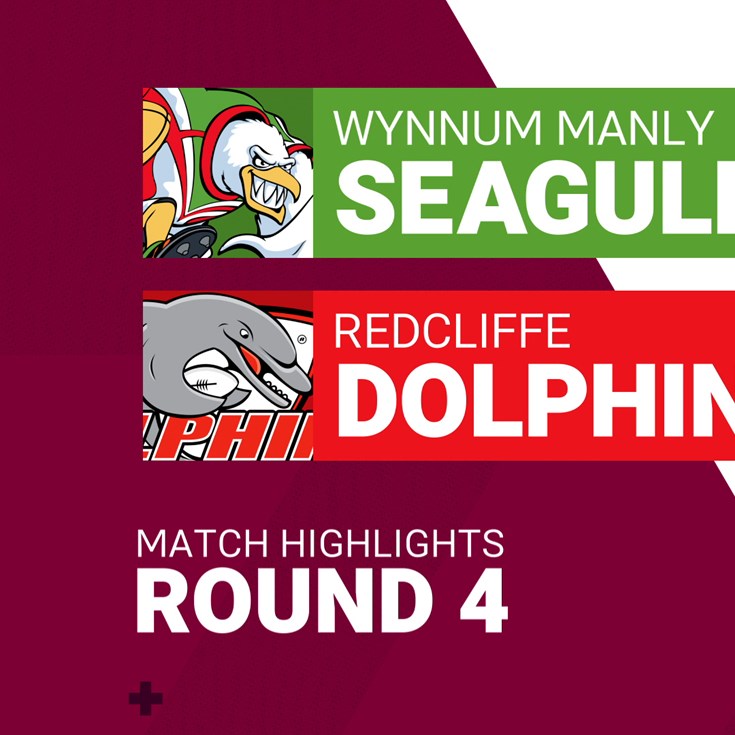